Only a week ago, Warwick’s Czech and Slovak Society hosted the Slovak Ambassador, H.E. L’ubomír Rehák, to hold a discussion about Slovak and EU foreign policy. This visit, one in a recent line of Ambassadors visiting our campus, including visits from the Mexican, Maltese and Hungarian Ambassadors, was an important event as in the Summer, Slovakia is due to take up the EU Presidency. 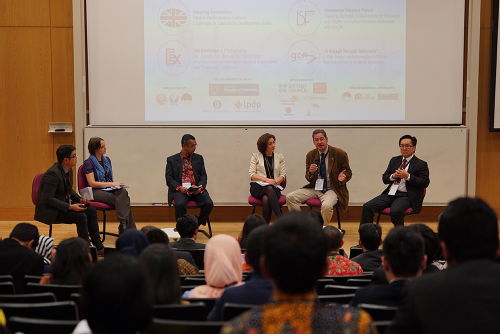 Last week, I attended the Warwick Indonesia Forum 2016. Organised and run entirely by our Indonesian students, the Forum hosted 430 Scholars, across 37 nationalities, who spent the whole day strengthening their academic networks across the UK, discussing how they could create new collaborations. It was a day that was planned meticulously, in which we were able to launch the Indonesia-UK Scholars' Network – a new platform for academic collaboration, again entirely developed by our students. And once again, we were delighted to host the Indonesian Ambassador, H.E. Rizal Sukma, who has made his second appearance in Warwick in the three weeks of his appointment.

The Ambassadors’ support of our students shows just how they value what our students do. In the days of social media and limitless communication, the sky is the limit to what they can achieve: and our students’ ability to galvanise hundreds of scholars is a case in point. Our students represent amazing cultural capital, each one an ambassador of their country in their individual way. The fact that this will be part of an internationally trained new generation, which will contribute to their countries in ways we cannot even begin to imagine, is as evident as it is important.

As the UK debate about membership of the EU becomes ever more dominant in the public domain, only last week our Senate resolved to support staying in the EU on academic grounds, it is worth remembering how important our international communities are to who we have become. How much they add to our culture, within our universities and beyond. We see this through the diverse number of societies we have on campus and how our international students enrich the campus experience for all.

It raises an important challenge for us within universities. We have an incredibly diverse international community, but how can we best celebrate this enormous energy? We’re open to doing things differently and trying on new things, but to continue to progress we need to keep asking questions like this, and to challenge ourselves further.

As an institution, we’ve achieved incredible success in our 50 years, and this is thanks to the contribution of both our staff and students. I had hoped that 2015 would be a very special year for Warwick. You made sure that it was, and for the second year running, we’re able to celebrate the outstanding work of our staff through our University-wide staff awards.

With over 5,000 members of staff on our campus, both academic and administrative, there is plenty to celebrate and the staff awards are a wonderful opportunity to take some time to acknowledge the successes of our staff through ten awards categories. As well as those honoured on the night, it’s worth remembering that we received over a hundred more nominations than we did in 2014. That means there were many of our colleagues who unfortunately didn’t make the final shortlist. Congratulations to them too! The awards were special for a number of reasons, but the fact that nominations came from both staff and students made it a really wonderful evening. With the recent film release in mind, Star Wars was the theme and it was a privilege to be able to present and attend the awards. I thoroughly enjoyed hosting the awards with Bob Hogg, and I hope that our Star Wars puns were appreciated by all (!).

The Unsung Hero award was hotly contested, with over 100 nominations from across the University. With so many nominations of such a high calibre, it was impossible for the judging panel to pick just one winner! There were three highly commended recipients, and three winners, from different corners of the University with winners coming from the Academic Office, Human Resources, School of Engineering, Warwick Retail and RIS/Mathematics.

As well as those who were nominated and won awards, I’d like to take this as an opportunity to thank those who were involved in making the night a success. Thanks to the organising committee, the moderating panel, the photographer, the band, the magician (yes, we had a magician!) and, of course, the final judging panel. You can see the full list of winners, along with reactions from some of the recipients, and find out more about the awards process on the Staff Awards website and on insite.

If you’d like to recognise a member of staff who has made a difference to your teaching and learning, there’s still time to nominate them for a Warwick Award for Teaching Excellence. You can nominate both staff and postgraduate students until 16th March, and detailed information eligibility and the nomination process can be found on the WATE website. 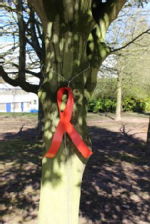 Following the Student Question Time meeting in my first week as VC, and the subsequent meetings that have taken place, a number of issues were raised by our student body. I’m keen for this blog to become a platform for members of our community to air their views, and to enable discussion with the wider community on those topics.

An issue I’m very keen to explore further is that of health and wellbeing on campus, particularly as we head into exam period in term three. You may see red ribbons cropping up around campus over the next couple of weeks, and this is all part of a campaign to raise awareness about HIV. Whilst HIV awareness has increased over recent years, it’s important that we’re all educated on how to access the relevant services.

What follows is a post written by Warwick Pride, to raise awareness of HIV, pass on some key facts and figures and promote an upcoming event with a representative from the Terrence Higgins Trust on Monday 14th March.

I hope going forwards that this blog can continue to be a place for discussion, and a platform for different groups to communicate their message. As this is a blog, comments are always welcome to facilitate discussion around this and other key areas.

Over the coming weeks red ribbons will be appearing all over campus. This is part of a campaign to raise awareness about HIV.

At a time when vital HIV prevention and support services are facing closure, it is important that you keep yourself informed of where you can get tested.

If you think there is a chance (no matter how small) that you may have been exposed to HIV, then you should get tested as soon as you can. If you are tested within 72 hours of possible exposure, you may be offered PEP, which can stop a HIV infection after the virus has entered the body.

The earlier you are diagnosed as HIV positive, the earlier you can begin treatment. With early treatment you can expect to live a normal lifespan. By starting treatment earlier, you can reduce the risk of serious illness and death by 53%.

A few things everyone should know:

So… where can you get tested?

Or alternatively, visit test.hiv to see if you are eligible to receive a free postal test!

We are also very excited to announce that on Monday 14th March, 1-2pm, B2.01 (Science concourse) a HIV positive speaker from the Terrence Higgins Trust will be on campus to discuss what it's like living with HIV, and to answer any questions you may have. Everyone is welcome to come along and we hope to see lots of you there!

For those of you who haven’t been involved in watching any of the Varsity challenge matches with Coventry University, you missed a series of treats! Hugely competitive matches, wonderful atmospheres. This year the event was topped off by the rugby match, held at the Ricoh. We won… with a score in last minute… It was great to witness some of the #TeamWarwick spirit that’s led us to take our 26th consecutive win in Varsity.

I’m always delighted to see how many of our students are involved in different activities on campus, making the most of their time here outside of their studies. Last week I met with the student media for a question and answer session, and I know that the TEDx Warwick event held in the Butterworth Hall this weekend was a great success.

One evening last week I visited our student calling team, a group of dedicated students who build relationships with our alumni – on that night alone the students raised over £2,500 and it was wonderful to see them in action, having meaningful conversations with those who studied here before them.

Warwick has a history of giving and philanthropy, with our founding partners raising £4m in 1965, the equivalent of £30m today. In recent years, we’ve benefitted from the generosity of over 12,000 donors, and have raised more than £73million in our latest campaign, 50Forward. I’m always touched by the generosity of our benefactors and donors, and heartened to see the direct positive impact their donations have on our community. I want to thank everyone, staff, students and donors, who have made this fantastic result happen. 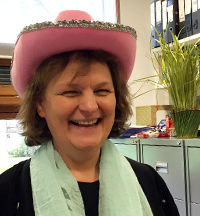 Colleagues are working hard to fight cancer: we're coming up with better ways to diagnose and treat various types of cancers, and we're also finding ways to improve patient care. March 9 is #CoolCapSelfie day, and as a community we’ll be celebrating the work of Professor Annie Young, whose research into ‘cool caps’ is aiming to help patients keep their hair during chemotherapy. Find out how you can share a photo of your favourite cap, hat or headwear in honour of all those facing this battle every day.

Looking ahead, there will be some other people writing for this blog, not just me - I hope for this to become a place for the whole Executive Office team, and other community members too, to share their views.