At universities and schools across the country, students are preparing for exams. We all remember that time and the hours of study, the nerves, the anticipation, the slight hysteria that creeps into most of your conversations with fellow students, the relief once it's over.

At Warwick, I've written to all our students taking exams over the next few weeks to wish them good luck. I want to reiterate that message publicly, and share a message from our Students’ Union team.

Through the University and Students' Union, we have much in place to support students. We have online guidance on managing revision, we have one to one advice, we have 24-hour study spaces so you can choose the place and time to study that suits you best. We have advice and workshops on keeping active, looking after your mental wellbeing, taking breaks. Through Creative Warwick, we are showcasing all the things our student societies do to actively improve students’ wellbeing through keeping their minds in gear, helping students to relax and connect with the outside world in a time where it is very easy to become more insular, providing events and performances to perform and celebrate. 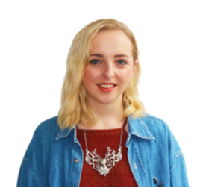 As you enter into this immense part of the year, we wish you the very best of luck with all of your assessments, and hope that you are living healthily and happily!

Remember, ‘self-care’ involves more than streaming a TV series and having a bath, so figure out what routine works best for you, and reward yourself with meaningful work breaks regularly. Self-preservation isn’t self-indulgence, so take care.

Look out for your friends this term, and if you want to start a conversation on their wellbeing, we have plenty of tips on how to approach it at warwicksu.com/areyouok

If you want some support with whatever it is you’re going through, the SU Advice Centre is here for you. We’ve got plenty of expert pages on our website at warwicksu.com/advice. Or if you need to speak with us, then booking an appointment is easy.

It’s been a pleasure being your Welfare Officer this year, and I truly hope that you each succeed in whatever it is that motivates you. You‘ve made it to this point, go that little bit further.

We're proud of our student community at Warwick, and we are here with you every step of the way.

Update regarding the recent occupation

We have reached agreement to bring a peaceful conclusion to the student occupation that has been taking place at the University of Warwick since 2 December 2016. Here is my letter to the protesters following engagement between the University, the Students’ Union and the protestors to reach this conclusion.

I am writing to confirm Warwick’s position on the issues on which you sought to mount a protest through your occupation of the Slate since 2 December 2016. I hope to continue to engage with you through the Students’ Union in order to further progress resolution to the issues we have discussed with you. As we reach a point in our engagement at which you agree to bring a peaceful conclusion to your occupation, I am happy to publish this letter online as a statement of our agreed intentions.

You have emphasised your opposition to the Teaching Excellence Framework (TEF). This is in line with the campaign in 2015/16 led by Warwick Students’ Union sabbatical officers and the University Assembly motion opposing HE reform.

I recognise that your opposition to the TEF does not arise from disagreement with the fundamental proposition that universities should provide high quality teaching. Indeed, we all agree with that principle. It is because the proposed metrics will not measure that. TEF will not do what it says on the tin; it will not measure teaching excellence. However, the University of Warwick, along with most other UK higher education institutions, will submit to TEF. This is because of the government’s proposal that the TEF might be used to decide which universities would be able to recruit international students. Failure to make a submission to the TEF represents an existential threat to the diverse and global contribution that our international students make to the very essence of our university. At Warwick, we do not believe that the two should be linked.

But TEF is not the only problem facing higher education. The Higher Education and Research Bill signals a far more significant threat. Key challenges within the Bill include who will be granted degree awarding powers and on what basis, and very real questions about the autonomy of universities.

This Bill has just started its progress through the House of Lords. In the initial debate, over 60 Lords argued against elements of the Bill. There is, I hope, the very real prospect of significant changes. I am currently meeting with key influencers and decision-makers to seek to secure some of those changes, as are many others. I am willing to publish a press release setting out my concerns on HE reform and increasing marketization, which will also reflect the concerns articulated by a wide range of staff and students to make public these views. Between now and January, as the Bill goes through its parliamentary stages, is a critical time for us all to focus on the Bill itself.

I recognise the genuine concern expressed regarding status of our hourly-paid teaching staff. We have been working to standardise the terms and conditions of hourly-paid teachers to ensure that they are treated consistently and fairly across departments. Our sessional teaching project has involved input from hourly-paid staff and from the Students’ Union Postgraduate Sabbatical Officer. We are also exploring models that have been adopted elsewhere for possible adoption at Warwick. We recognise there is more to do.

In order to ensure that the concerns of our hourly-paid teaching staff are most effectively heard I am happy to commit to organising a meeting with the Trades Unions during January to discuss formal TU recognition agreements for these staff. I hope that this will provide a formal mechanism to consider the specific issues that have been highlighted in relation to casualisation. I have also agreed to meet with members of Warwick Anti-Casualisation (WAC) in January to begin a process of dialogue on their concerns, which will involve the Students’ Union as well as the University and College Union (UCU) once the recognition agreement is in place.

In December 2014, we saw incidents on campus, most notably those at Senate House on 3 December, where there were accusations, and evidence, of intimidation and violence inflicted on members of our community. There were subsequent court cases, and an examination by the Independent Police Complaints Commission which is still not fully resolved. It would not be appropriate for me to comment on those processes, but what I do want to comment on is the reaction of the University at that time.

I know that the formal statement issued by the University on 4 December caused enormous upset across our community, because it placed blame on one side of the dispute. There was ample evidence on social media of significant distress and concern amongst our students and staff, which continues to contribute to further demonstrations on our campus.

These events, and the University's initial reaction to them, caused significant shock. I do know that. I was on University business in Singapore at the time and was profoundly dismayed by the messages and reports I saw. The distress suffered by our community had a very real impact on me.

Given all this, as Vice-Chancellor, reflecting on those dark days, I want to express two points. First, I very deeply regret the violence that we witnessed and the great upset amongst the students and staff involved, and the community beyond. I never want to be in a situation again in which CS spray or a tazer is deployed on our campus. Second, I regret that in the University's communications that immediately followed what took place, the principle of neutrality fundamental to our University community was evidently broken.

We are now committed to removing the injunction put in place after the events of December 2014. In closing this letter I do hear the call for increased urgency for the resolution of these matters. I am committed to continuing to pursue deeper engagement and ongoing dialogue between the University, Students' Union and the breadth of our student body. There are lessons to learn, and I hope that we are collectively starting to do that.

On 14 January 2016, 18 Members of Parliament voted to scrap all maintenance grants for new undergraduates from 2016/17, and replace them with loans.

This will have a wide-reaching impact on our community and our concern lies with current and future students who will take on even more debt during the course of their studies or not be able to take up places at universities due to the increased financial pressure.

This is life changing for some, not only for those affected students who won’t be able to fulfil their potential, but to the wider community who won’t be able to benefit from the brilliant minds these students possess. In many cases, this will affect students from low-income families and disproportionately affect students from black and minority ethnic backgrounds and disabled students.

Stuart has written before about how the grant system supported him through his UG degree some thirty years ago and enabled him to complete his final year. We feel deeply that today’s and tomorrow’s students should also have this opportunity and are very concerned about the implications of this change of government policy. We are fully receptive to the concerns raised by students and staff alike, and we do not want this issue to slip under the radar.

At Senate on 8th March, Isaac Leigh, President of the Students' Union, presented a paper and gave a verbal report on the issue. The outcome of this was discussed at Council on 18th May. We appreciate that this can seem frustratingly slow, but in order for us to have the most impact with all issues we face, we have to follow the University’s set procedures to ensure all aspects are considered.

Whilst not able to replace maintenance grants for the majority of our students, the SU are in discussions with the Registrar & Chief Operating Officer about the current provision of hardship funds. We would urge anyone considering applying for UG or PG courses at Warwick to read the information about bursaries, scholarship and support available and we urge current students to talk to the Student Support office, your Personal Tutor or Resident Life tutor if faced with any difficulties; not just financial, as we come to arguably the most challenging term of the academic year.