The Supernatural: A Global and Transhistorical Approach

To accompany their conference The Supernatural: Sites of Suffering in the Pre-Modern World, HRC doctoral fellows Francesca Farnell and Imogen Knox will be blogging on their own research, the conference themes, and the process of putting together a one-day interdisciplinary conference. In this second blog, Francesca and Imogen discuss their desire to examine the conference themes across boundaries of geography and temporality.

In our last blog post, we discussed how our respective doctoral research projects intersect with the themes of our conference, The Supernatural: Sites of Suffering in the Pre-Modern World. This post will explore the conference parameters in greater detail, offering insight into our own understanding of the supernatural as a subject of study, alongside wider, sometimes contrasting, conceptions of it across the pre-modern world.

Not an insignificant amount of energy from numerous scholars of various disciplines has been put into finding a universal definition of ‘the supernatural’. Many have pointed to the boundaries between the natural, preternatural, and supernatural that, in theory, neatly trisect all the beings and things within the cosmos. Robert Bartlett has asserted that the medieval world was ordered and understood in terms of ‘the dichotomy “natural/supernatural”’.[1]The latter term, the supernatural, has been defined by Ute Lotz-Heumann as ‘anything that contemporaries perceived as having origins outside of the realm of human understanding and/or of being outside and beyond the workings of “natural causes.”’[2] 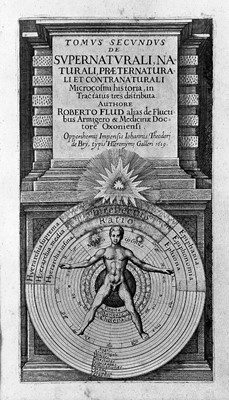 While these approaches have been helpful in formulating our own conceptions of the supernatural, such definitions are inherently bound by Eurocentric models, informed exclusively by Christian dogma and, in particular, the dense theological works of Thomas Aquinas.[3] Even in our own work on sixteenth- and seventeenth-century Britain, we recognise the inherent limitations of imposing definitions constructed by elite religious authorities upon complex and often fragmented ‘popular’ religious beliefs. Such definitions are rendered further inadequate if studying the supernatural within cultures that do not fit the model of Christian Europe, which itself is often treated as a homogeneous culture.

For ‘The Supernatural: Sites of Suffering in the Pre-Modern World’, we have therefore adopted a much broader framework for what can be considered ‘the supernatural’, permitting and encouraging participants to follow their own definitions as best fitting their respective interests.To that end, papers that problematise or contest notions of ‘the supernatural’ are also welcome. 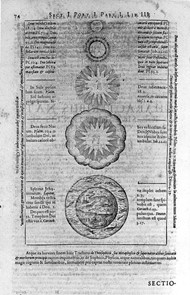 Image credit: as above

Taking some ontological liberties rather than seeking to impose a single unifying definition of the supernatural is necessary for ensuring that cross-cultural and interdisciplinary exchange is at the heart of the conference. Rather than attempting to create an artificial sense of uniformity by insisting on a shared but unproductive definition of the supernatural, it is in analysing the theme of suffering that fruit may be brought to bear in finding a common thread across the milieu of global supernatural beliefs. Most countries, cultures, and even particular regions, have their own particular supernatural belief systems, from the Tommyknockers of Cornwall, the Striga of Slavic regions, to the Wendigo of the First Peoples of North America. There is undoubtedly an already rich corpus of research dedicated to the supernatural across manifold countries and cultures, but exciting recent work, for example, Anderson Hagler’s research on indigenous beliefs in colonial Mexico and Karl Bell’s recent edited collection, Supernatural Cities: Enchantment, Anxiety and Spectrality, proves that the field continues to grow. To foster this growth, we would love to be able to push this conference beyond the English-speaking world, and to explore beliefs outside of the Christian framework.

Our temporal approach is similarly broad. We have opted to limit the conference to ‘pre-modern’ periods, though we offer no specific cut-off point as the line between pre-modernity and modernity is a fine and often arbitrary one contingent on the country and culture under study - and one that furthermore prioritises Western narratives of civilisation, industrialisation and enlightenment. Presenters are welcome to address this point through their own understandings and approaches. The equivocal nature of the term ‘pre-modern’, we hope, will both serve to sidestep issues of precise periodisation and foster conversations and connections across these vast temporalities. As with our global approach, it is our belief that the theme of suffering will transcend periodisation in the context of the supernatural.

We are very much looking forward to pushing the boundaries of supernatural research, and to drawing connections across vast temporalities and geographies.