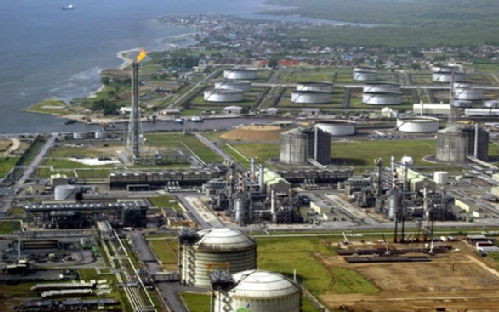 After nearly two decades of legal limbo, the Nigerian government has finally signed the Petroleum Industry Act (PIA) into law. In Nigeria, the petroleum sector contributes significantly to the country’s economic growth and development. There are laws empowering the federal government to control and distribute the revenues generated from oil extraction. Many people in the Niger delta, the region where Nigeria’s oil exploration takes place, believe that the current fiscal framework guiding the distribution of oil revenues does not favour them. Concerns over the environmental harms of oil exploration also run deep within the Niger delta. The oil communities have been protesting against these legal frameworks and environmental harm, with many calling for resource and pollution control. Many commentators agree on the need for transformative reforms in the oil sector. The PIA, among other things, aims to address some of the grievances within the oil host communities.

The PIA aims to improve the governance of the Nigerian oil industry by ensuring accountability and transparency, while repositioning Nigeria for gas-based industrialisation as the world moves away from oil. The bill aims to address the massive lack of development in the Niger delta by requiring oil operators to contribute 3 per cent of their operating expenses toward a host community trust fund which is to be utilised for the socio-economic development of the Niger delta.

Yet, the PIA has not escaped criticism. It allocates 3 per cent of operating costs for community development, rather than the 10 per cent the local communities asked for. This minimal commitment has generated scepticisms about the willingness of the federal government to integrate local demands into oil policies and laws. However, what is less widely discussed, is the other ways in which the PIA risks entrenching existing injustices.

Chapter 3 section 257 (2) of the Host Community Section of the PIA states that:

“Where in any year, an act of vandalism, sabotage or other civil unrest occurs that causes damage to petroleum and designated facilities or disrupts production activities within the host communities, the community shall forfeit its entitlement to the extent of the costs of repairs of the damage that resulted from the activity with respect to the provisions of this Act within that financial year: Provided the interruption is not caused by technical or natural cause.”

This blog highlights three avenues through which this approach taken in the PIA may entrench injustices in oil host communities if it is not implemented carefully. First, this section prescribes collective punishment that can be ineffective and morally hazardous. Second, that it could constrain citizenship and activism, and finally that the process of establishing the causes of oil spills may be flawed.

1. Collective punishments are morally hazardous and can be ineffective.

When an entire community is forced to forfeit their entitlements for acts of vandalism, sabotage (pipeline vandalization) or unrest, they are being collectively punished for acts that may be caused by only a very small number, or even a single individual. Herein lies our first concern with the clause above: punishing innocent parties for the actions of others is unjustifiable. Collective punishments exacted during the course of conflict have been generally outlawed since the Hague Regulations of 1899. The Geneva conventions also prohibit collective punishments, and many individual states have specifically outlawed such punishments in their military regulations. In the case of Nigeria, if oil extraction were hampered by civil unrest, punishing the community rather than establishing individual responsibility would violate international conventions. Additionally, collective punishments can incentivise otherwise well-behaved, individuals to dissent – if you are going to be punished anyway, why not take part, or take what you can get from the situation? Furthermore, historically the Niger delta communities have had a very terrible relationship with the federal government and collective punishments could entrench community hatred towards the federal government.

The requirement that the oil communities forfeit their host community funds if civil unrest impacts oil production has significant implications for citizenship and activism. Historically in the Niger delta, protests and activism have been used to challenge unjust laws and policies as well as other harmful impacts of oil exploration, such as environmental degradation. However, the federal government has often repressed protests in the oil communities and described them as undermining peace and security even when they have been peaceful. Based on this history, we argue that this section could provide a window of opportunity for the federal government to characterise any act of local resistance to the oil industry as civil unrest. Concern that any protests, even when legitimate, could result in withholding host community funds can discourage all anti-government protests, effectively stripping citizens of their rights.

3. The process of establishing the cause of oil spills is deeply flawed

Finally, the above section of the PIA states that local communities will continue to receive host community funds only when interruption to oil production is caused by ‘technical or natural causes’. The issue here is that the process of establishing the cause of oil spills has been a key source of controversy in the Niger delta. When an oil spill occurs, a ‘Joint Investigation Visit’ (JIV) is carried out by representatives of the oil companies, regulatory agencies, and community representatives to establish the cause of the spill. While in theory, there are measures in place to ensure transparency and accountability within the JIV process, reports of corrupt practices, unreliability, undue influence of the oil companies, and complaints about the limited participation of the local communities are widely documented. In many cases, oil companies have used their undue influence to misattribute the cause of oil spills to sabotage which absolves them of paying compensation to the oil communities. On the other hand, local communities argue that while sabotage and vandalization is a big problem in the region, the JIV process greatly underreports the amount of oil spills caused by operational failure and corrosion. Since the process of establishing the cause of oil spills is flawed, the causality of oil spills is necessarily in doubt. We argue that this provision is likely to provide further incentive for the inaccuracies in the JIV process to continue since the cause of the oil spill will determine the allocation of development funds.

Taken together, while the PIA can provide a significant fillip to the governance of the petroleum sector, we see three main issues with Chapter 3, Section 257 (2) of the Host Community Section of the PIA. This Clause provides for collective punishment, which has specifically been outlawed in many circumstances, and it remains morally hazardous and ineffective. The Clause can also discourage host communities from engaging in peaceful protest, which is their civil right. And it can incentivise further inaccuracies within the JIV processes. With these concerns in mind, we recommend to the Federal Government of Nigeria to use needs assessments to fully explore the reasons why some individuals and groups object to the extraction by vandalising oil pipelines, and to consider using development funds to mitigate these. Lastly, we recommend, improving the legitimacy and integrity of the JIV process by making the process fair, transparent and increasing the meaningful participation of local communities. Without addressing these issues, the PIA will potentially leave the oil communities at the mercy of the powerful oil companies.

Dr Modesta Alozie is the Lead Research Fellow on the Data and Displacement Project at the Department of Politics and International Relations, University of Warwick, UK. She holds a PhD in Development Planning from University College London. Her research interests are in oil politics, climate change and digital humanitarianism.