All entries for October 2021

A Tale of Two Mediterraneans 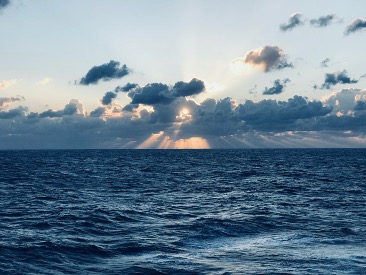 Photo by Dimitris Panagiotaras on Unsplash

This year has seen unprecedented amounts of migrants arriving at the Balearic Islands. So far in 2021, 91 boats with more than 1400 people have arrived on the shores of these islands. This year has also seen unprecedented numbers of Spanish tourists in the Balearics – in some islands it was up to double the numbers of 2019. Over the summer, I took part in the University of Warwick Undergraduate Research Support Scheme (URSS). Focusing specifically on Spain, I investigated the dominant representations of the Mediterranean in Spanish popular culture and how they exclude and dehumanise the experiences of migrants. I did this by looking at popular culture materials which portray images of the ‘hospitable Mediterranean’, as well as existing migrant testimonies describing their experience of arrival in Spain. Through a discourse analysis of these materials, I looked at how migrant testimonies can challenge dominant views of the Mediterranean, and how these struggles can shape the way the Mediterranean is represented.

The mainstream representation of the Mediterranean is evident in the advertising campaign by the beer company, Estrella Damm, which released yearly advertising campaigns in the summer under the slogan “Mediterráneamente”. This translates as “in a Mediterranean way”, submitting so-called Mediterranean values alongside images of a picture-perfect summer and a catchy song. These adverts have become an important part of Spanish television culture – the 2021 advert accumulated 14 million views in the two months after it was released, an incredibly high figure for a television advertisement.

The key theme of the beer advertisement is the ‘Mediterranean way of life’, based on values such as hospitality, respect and altruism. This appears throughout the plot of the video advertisement, which follows a woman at the beach who appears to have fallen for a famous actor standing on the other side of the beach. In the end, the main character does not walk up to the famous actor, and instead approaches a volunteer who is cleaning the ocean just behind him. The volunteer is described as generous, willing to act and change the status quo, and a good person. Arguably, these are the kind of Mediterranean values that the advert is trying to transmit, values which correlate with the findings of the Anna Lindh survey on intercultural trends in the Mediterranean region, in which Spanish respondents answered that hospitality, the ‘Mediterranean way of life and food’, and the ‘common cultural heritage’ best describe the region.

As the beach-goers gossip about the possible relationship between the woman and the famous actor, they remark that she is out of his league. In this context, one of the characters says that “certain borders cannot be crossed”, meaning that they see no future for the pair. However, another character says that he is about to be witness to a “love without barriers”. Using words like “border” is not accidental and has to be considered within a climate in which migration has been highly politicised by certain political parties and groups in Spain. Interestingly, in the advert, these connotations happily coexist with the picture-perfect beach in the background. Highly charged concepts are, in this way, instrumentalised and used as props to further the advertisement’s plot.

Migrant perspectives on the Mediterranean

I also examined a series of migrant testimonies collated by the Spanish Commission of Help for Refugees (CEAR), a Spanish NGO dedicated to defending the rights of refugees, stateless people, and migrants who need international protection or are at risk of social exclusion. In their 2018 campaign “The Other Sound of the Sea”, the organisation interviewed 6 migrants who survived their trip across the Mediterranean fleeing poverty or war. The migrants were asked about their experiences of the crossing and the sounds that they associate with the sea. CEAR then placed these audio recordings in seashells and left them in various Spanish beaches to showcase migrant experiences.

In contrast to the Estrella advert, these testimonies evidence a distorted sense of hospitality. Migrants describe how they are expected to be grateful for having the opportunity to build a life in Spain yet are not given the space to voice their traumatic experiences or denounce the state’s abuse towards them. In one of the interviews, for example, Ibrahim explains that there is a lot of abuse in the detention centres upon arrival. He uses impersonal verbs and does not specify who is the abuser. For example, he states that “there is abuse in these centres” and that “not everyone treats people well”. Moreover, he ends these remarks by emphasising that “not all of them are bad, but there are some that don’t speak well to you”. It is impossible to know why he shifts towards a softer tone and a use of impersonal verbs here, but it might have something to do with the context in which the interview took place, that is, he is being interviewed by a Spanish organisation on Spanish soil. It is possible that he does not want to be overly critical and seen as attacking their host, that is, the Spanish state. A man called Kurami also speaks of his experiences at the detention centres, which held 1500 people at the time despite only having space for 400. He explains how some people spend six months in these centres, and that he had to stay there for 54 days. He finishes by simply saying “we are lucky”.

These testimonies are reminiscent of a warped relationship between a host and guest. Migrants are under pressure to show gratitude for having the opportunity to make a life in the country yet are not given the space nor the power to voice traumatic experiences or to hold the state accountable for the way that they have been treated. The experiences of migrants contradict the kind of image that the Estrella Damm advertisement is trying to portray. Migrants may speak of Spain as a secure place, in comparison with their home countries, but not necessarily as a hospitable place. The values of generosity, kindness, hospitality or altruism do not appear in migrant testimonies describing deathly journeys across the Mediterranean, only to be abused and treated with disdain upon their arrival on European shores. Listening to migrant voices and centring their experiences is key in highlighting what is ignored by dominant narratives. The narratives of those who are excluded directly challenges established assumptions; the imagery portrayed in the Estrella Damm advertisement turns sour when contrasted with the lived experiences of migrants.

Irene Garcia is an undergraduate student, studying History and Politics at the University of Warwick. Her areas of interest include migration, the history of Latin America and the contemporary history of Spain. She is currently preparing her dissertation on the experiences of Spanish migrants in Mexico in the aftermath of the Spanish Civil War.