Reconfiguration of the natural gas production network in Europe 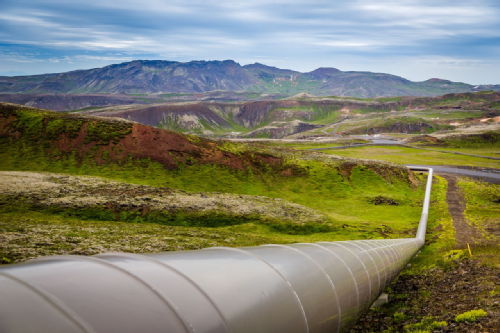 Reconfiguration of the natural gas production network in Europe

Europe is one of the key theatres of global natural gas trade. Despite the European Union’s (EU) commitment to transitioning away from hydrocarbons, natural gas still plays a key role in supplying and sustaining crucial energy demand for the continent. The trade in natural gas has enjoyed continuous growth over the last two decades (except a minor dip immediately after the 2008 financial crisis) until the Covid-19 pandemic hit the global economy in early 2020.

The macroeconomic shock induced by the pandemic has had a major impact on natural gas markets. Throughout the world, the demand for natural gas has declined due to lockdown measures and slowing down of economic activity. However, the demand for gas along with other energy sources surged in 2021 in response to the global economic recovery. High demand combined with various supply shortages around the world meant that the energy prices has once again soared in this period. Finally, in 2022, the price of energy including natural gas has skyrocketed due to Russia’s invasion of Ukraine.

The dramatic fluctuations in energy markets in the last three years facilitated significant debate about the future of natural gas in Europe. While many call for an immediate transition to renewables, unfortunately this is not realistic. In fact, what we are currently experiencing is not the end of natural gas in Europe, but a major reconfiguration of the natural gas production network. Specifically, there are four seismic changes that will transform the post-Cold War status quo in which Russian gas has steadily supplied European gas markets.

The first change is the phasing out of fossil fuels. As European countries refine their plans to reduce greenhouse gas emissions in response to the ongoing climate crisis, natural gas will eventually decline in strategic importance. However, the road to achieve zero emissions is long and winding, and natural gas plays a pivotal part in the process as a relatively ‘clean’ fossil fuel. Accordingly, while coal plants are being phased out in many European countries, the EU’s gas consumption is expected to remain relatively high in the next two decades, and almost 90 percent of this gas will be supplied by external sources.

The second change is the increasing availability of Liquified Natural Gas (LNG) thanks to the ‘shale revolution’ that originated in the United States. LNG provides a flexible alternative to long-term supply contracts that guarantee a certain amount of natural gas delivered by pipelines. In the next few decades, the increasing availability of LNG from Qatar and the United States may in fact facilitate the emergence of a global gas market. This would obviously have huge implications for many Eastern European countries who are currently completely dependent on Russian gas.

The third major change is a geopolitical one, which is often referred to as ‘pipeline politics’. In the post-1991 period, Russia has been a relatively stable supplier of natural gas to Europe via pre-existing pipelines that go across Ukraine and Belarus. In the last decade, numerous political and economic conflicts with these transit countries have motivated Russia to seek alternative routes such as Nordstream 1 and 2, South Stream, and Turkstream. Meanwhile, Azerbaijan also emerged as a modest, but reliable natural gas provider to Europe via Trans-Anatolian Gas Pipeline. Recent completion of some of these projects has seriously undermined Ukraine and promoted the emergence of Turkey as a new transit actor in European energy security.

The fourth and final change is associated with war and conflict in Eastern Europe. Russia’s invasion of Ukraine in 2022 prompted a severe political and economic response by the EU against Moscow. Specifically, the Nord Stream II project was shelved by Germany and the EU is currently proposing plans to phase out Russian gas by 2027. Needless to say, these developments have the potential to fundamentally transform EU-Russia relations and would have major implications for the other three processes described above.

At the moment, it is difficult to imagine how the new natural gas production network in Europe will precisely look. However, one can make certain predictions based on the four transformations described above. It is clear that LNG will be the winner in the short-term as a flexible substitute to Russian gas. Consequently, natural gas pipelines are likely to become less important from a strategic perspective as more and more countries in Europe switch to LNG. Similarly, renewables, such as solar and wind energy, will increasingly become more viable options due to high prices. Finally, Azerbaijan, Qatar and the United States are likely to emerge as key energy providers for Europe, while Russian Gazprom will eventually target other markets, most likely in Asia.