Wither Reconciliation? The Factors at Play in the Upcoming Ivoirian Elections 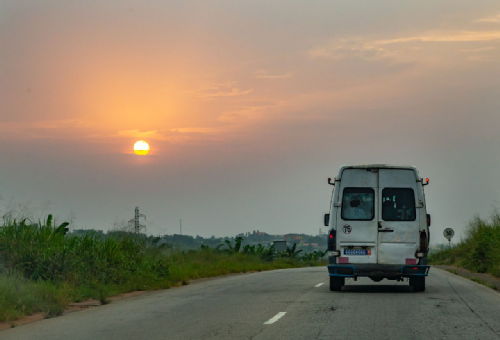 Photo by Eva Blue on Unsplash)

On the 24thAugust 2020, President Alassane Ouattara of Côte d’Ivoire was granted leave by the Commission éléctorale indépendante(CEI) to stand for election for a third term in October 2020. Ouattara had previously said he would not stand, instead anointing Prime Minister Amadou Gon Coulibaly to succeed him as his party’s candidate, a political ally he described in the following way: “His loyalty has never faltered. Amadou is more than a colleague, more than a brother; he is a son” (Africa Confidential 19th March 2020). When Coulibaly died in July 2020, Ouattara did not have a ‘plan b’ (Le Monde 8thJuly 2020) and announced that he would stand for election to the sounds of unrest in the country which left 2 dead (Africa Confidential 27thAugust 2020). At the same time as he was granted permission to do so, the CEI also banned the former President, Laurent Gbagbo, and former Parliamentary Speaker, Guillaume Soro, from voting, let alone standing in the election (Africa Confidential 19th March 2020). A vicious circle of politics and violence continues – Ouattara had himself been banned from standing in Presidential elections until the 2010 elections and post-election unrest which left more than 3,000 dead. In this blog we reflect on what this means for reconciliation in Côte d’Ivoire, and how an open and inclusive political dialogue is more important than ever.

Hot on the heels of his contested victory, Ouattara implemented an internationally sanctioned transitional justice process with trials of his opponents in domestic courts, a National Commission of Enquiry, and a Truth, Dialogue and Reconciliation Commission. He did not let accusations of victor’s justice stand in the way and instead promised national reconciliation founded on economic prosperity and social cohesion. In 2015, he made clear his understanding of reconciliation in a public speech:

“Being reconciled is first for me, to have a peaceful country, where people live in harmony with the same equalities of opportunities and I can tell you that this is the case. There are no areas reserved for any ethnic group. In all districts of Abidjan, all ethnic groups are together. Can we better reconcile that? If you go to Korhogo, Gagnoa, etc., you will find people of all ethnic groups. Basically, it should not mislead the notion of national reconciliation as to link it to a person or an event. […] The post-election crisis was very serious. More than 3,000 people were killed. It is necessary that those involved be tried here or elsewhere. Besides, if we do not, international courts will do it one day. Everyone will be judged here. […] There is a key element in what I have read about reconciliation. This is the well-being of the population. This is what we are doing: a growth rate of 8 to 9%, reducing poverty, building schools, cleaning up the environment, etc. Once we will finish all this, tensions will drop” (President Ouattara’s speech, Fraternité matin, vendredi 26 juin 2015. N° 15164 p 6 et 7)

The controversies surrounding this year’s upcoming elections demonstrate the dangers of short-termism when it comes to dealing with the past, as well as the risks of a ‘tick box’ democracy without substantial debate and transparency to provide a foundation for the kinds of economic prosperity vital to Ouattara’s version of reconciliation. It is not clear that his approach can speak to a history of excluding individuals from presidential races, to the deep crisis of democratic legitimacy or the continuing cycles of violence. The history of the Ivorian political system has been one of exclusion: either exclusion of the opposition by the regime in power, or self-exclusion by opposing powers who refuse to participate. Since the introduction of multi-party politics in the 1990s, this dynamic has continued to shape the political landscape and continues to shape the debate about reconciliation today. We can see this in the political jostling and re-shaping of the party-political space in the lead up to this October’s elections. The former political alliance which ruled the country from the post-election crisis until 2019 is now scattered, and the leaders of the formerly supportive political parties are now opponents of Alassane Ouattara. The main reproach against him is the failure to achieve reconciliation for all Ivorians, including those still in exile and those in domestic prisons. On 31st August, the Archbishop of Abidjan, Cardinal Jean-Pierre Kutwa, organised a press briefing during which he spoke about the socio-political situation in Côte d'Ivoire and declared that in his opinion the candidacy of Alassane Ouattara for a third term "is not necessary… reconciliation is more important than elections…”. This prompted immediate outcries of both support and opposition, demonstrating how the path to reconciliation is potentially extremely divisive. 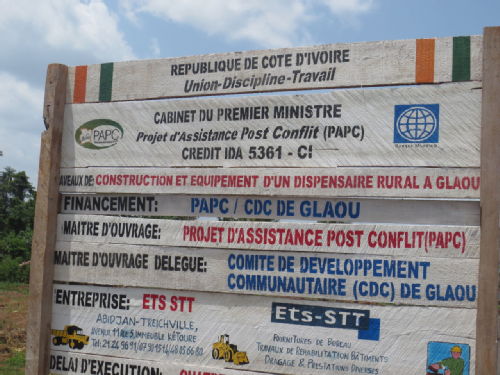 The leader of the former rebellion, Guillaume Soro, is now under a prison sentence in absentia and many of his supporters, including members of parliament, are also in prison. The Democratic Party of Côte d'Ivoire - African Democratic Rally (PDCI-RDA) and the Ivorian Popular Front (FPI) of the former President Laurent Gbagbo have signed a framework document for collaboration on the ‘Reconciliation Project of Ivoirians for a Lasting Peace’ on the 30thApril 2020, at the PDCI-RDA headquarters in Cocody. The objectives of the new ‘alliance’ are to find forgiveness in truth and justice, to eliminate the after-effects of successive crises, to find original solutions to the problems which are the basis of these crises, and to build together a ‘new Côte d’Ivoire’ based on principles, rules and values ​​shared by all Ivorians and all foreigners residing in Côte d’Ivoire. Mabri Toikeuse, leader of the Union for Democracy and Peace (UDPCI) and the last to leave the alliance in power, has announced his candidature and has launched a new electoral platform in collaboration with a series of other parties: “We have just completed the first series of signatures to launch this electoral platform. It is also a platform for peace. I would like to say thank you to all those parties who trust us by joining us in our fight for peace”.

On Monday, 14th September 2020, the constitutional council announced its decision to retain 4 candidates out of the 44 applicants to stand in Presidential elections. This decision of the constitutional council gave Bédié the opportunity to present himself as the candidate standing up against political exclusion: “I have taken note of the validation of my candidacy by the Constitutional Council. However, I denounce the validation of the unconstitutional candidacy of Mr. Alassane OUATTARA and the arbitrary and undemocratic exclusion of major political leaders, in particular Laurent GBAGBO, Guillaume SORO, Mabri TOIKEUSSE, Mamadou KOULIBALY and Marcel Amon TANOH. We must remain in working order for democratic alternation with a view to building a reconciled, united and prosperous Côte d'Ivoire.” In the context of Ivoirian politics this has a certain irony as it is Bédié himself who was associated with the introduction of the concept of “ivoirité” designed to exclude Ouattara from the presidential race between 1994 and 1999 on the basis of claims of his Burkina Faso lineage.

When we observe what is happening now around the upcoming election, we thus have exactly the same situation as in 1995, 1999, 2000, 2010 where we saw political violence. The reconciliation which Ouattara promised has not come to fruition, not because it is the fault of any particular individual or political party, but because coming to terms with a long history of political violence, political exclusion, and inequality between ethnic groups, is a long-term process which is neither predictable nor linear. Research undertake by Interpeace and Indigo Côte d’Ivoire identifies a number of challenges to social cohesion, including inequalities over land ownership, lack of economic opportunities for young people, and reduced civic engagement. The capture of the political space, previously by Félix Houphouët-Boigny, who ruled from independence in 1960 until 1993, and then in successive attempts to exclude individuals from the Presidential races, has severely restricted space for safe public dialogue about the challenges and realities of reconciliation. There has also been a lack of acknowledgement that reconciliation may look very different to different people. This is not a problem unique to Côte d’Ivoire but is a tension inherent within calls to reconciliation wherever we hear them. To what extent can different points of view be accommodated within a national project to reconcile? For if reconciliation is to lead to the kind of social cohesion that Ivoirians have been promised for generations, it must be founded on dialogue, acknowledgement of others, and be able to accommodate varied experiences and points of view. If reconciliation itself disappears from view while the politicians argue over it, it will be Ivoirians who continue to suffer the effects.