A new online tool to help get potholes fixed.

Another to help get off-road obstructions cleared

A fine road until Coventry council built a centre island:

Centre islands are a major and growing problem for cyclists . It’s become fashionable for councils to construct them to serve as either pedestrian refuges or traffic calming measures.

The idea that central islands make much difference to traffic speeds has been brought into question by a review of traffic calming conducted by the Institute for Transport Studies at Leeds University which indicated that narrowing traffic lanes has little impact on traffic speeds.

As far as the impact on cycling is concerned, an investigation into drivers’ perceptions of cyclists was made by the Transport Research Laboratory under commission from The Department for Transport. To quote the Executive Summary:

Increasing the amount of cycling and improving the safety of cyclists are key aims of the Government’s transport strategy, as set out in the White Paper ‘A New Deal for Transport – Better for Everyone’ (DETR, 1998). Previous research has shown that one of the main deterrents to cycling is a fear of traffic, often attributed to the attitudes and behaviour of drivers [...]

On the basis of this research, a number of recommendations may be made relating to highway design [...]

* physical road features that force cyclists and drivers into close proximity should be avoided, or where this is unavoidable, motor vehicle speeds at such locations should be reduced;

* highway designs that deliberately require cyclists to obstruct traffic in order to produce a traffic calming effect should be avoided as they are likely to cause particular frustration to drivers;

For the whole report (reference TRL549), click here and “buy” the pdf version of the report (it’s free).

In the first five weeks of term, 12 bikes have been stolen from locations around the campus and police are warning people to be sensible over how and where they store their bikes.

the thieves have broken locks to take the bikes away

Does this mean braking D locks?

The closest shops to campus are Albany Cycles, Jardine Cycles and Mike Vaughan.

Puncture repair kits are sold by a larger number of shops. Tips on avoiding punctures

Please comment if you find an error or ommision in the above information. There are no facilities secure enough for overnight parking of valuable bicycles.

Lockers suitable for cycle clothing are administered on a departmental basis. So if you need one, contact your departmental secretary.

Should I have bought a new bike?

Imagine my shock and horror when I turned my my city bike over and saw this: 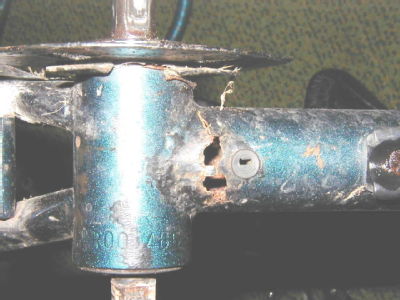 With rust holes like that, I thought, it won’t belong before the bicycle collapses. It’s no use trying to claim on the five year warranty on frame and forks as it ran out a year ago. And a repair might not be very cost-effective. Not only must the rusted down tube be cut out and replaced, but the whole bicycle re-sprayed since the new steel won’t be painted and the heat from the welding will burn the paint on the steel which isn’t replaced. On the other hand, my bicycle isn’t one of those toy bikes which sell at a hundred pounds or even less, a replacement of similar quality might cost £500 or £600.

I considered the purchase of a new city bicycle. Were I to buy one I’d want one with a full chain case. A chain case protects not only the right trouser leg from greasy dirt but also the chain from rain and salty water. The latter, one of the most corrosive chemicals that you can find outside of a factory or laboratory, is common on main roads in winter, a result of the practice of throwing salt over the roads in an attempt to prevent ice formation.

I asked in a couple of cycle shops about bicycles with full chain cases. One man just shook his head, another mentioned Pashley. A local firm (Stratford). Yet Pashley only a give a five year warranty on frame and forks, while my touring bicycle has a fifteen year warranty. Their city bicycles also only have three gears and have a rather old fashioned styling: 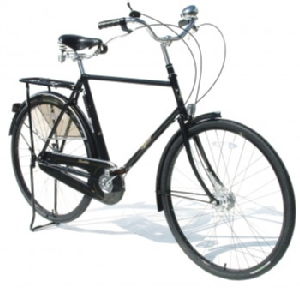 While I’m always a bit wary of the latest technology, I’m concerned that something that looks like it came out of the 1930’s will have the reliability of a vehicle built in the 1930’s. I understand, for example that the Sturmey Archer three speed gear has remained unmodified since 1937.

They have more modern styling and 7 or 8 speed gears: 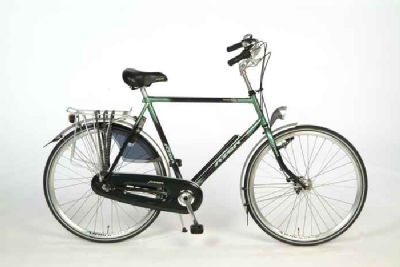 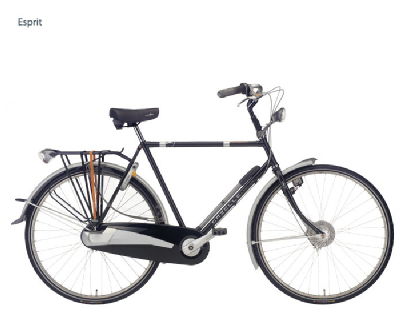 There’s a retailer in Oxford for Gazelle, who appear to offer a 10-year warranty against material and manufacturing defects on the frame and forks.

Still talking with my cycling mates, I was persuaded to try a repair. That did mean taking all the parts off the frame and forks which took me five hours. I’m awaiting the results…

Highway Code – written by motorists for the benefit of motorists?

Apparently the Highway Code is entirely within the remit of the Driving Standards Agency. 67% of the staff are driving examiners.

Advice for Pedestrians, Cyclists and Horse Riders is mostly directed to getting them to do what drivers want them to do; keep out of the way so motor vehicles can have the roads to themselves.

Pedestrians and Cyclists are told to wear light coloured, fluorescent or reflective clothing – for the convenience of drivers (Rules 3 & 56). No mention that drivers should use light coloured, fluorescent or reflective cars so that they can be easily seen, nor that they should wear racing car standard helmets. Yet the latter would bring significant benefits in preventing neck and head injuries.

In defence of the cycle track

The Coventry Evening Telegraph (8th May 2006), published a letter criticising Coventry council. Firstly for re-surfacing Kenilworth Road and secondly for adding a cycle track. The writer opinioned that other roads should have higher priority for re-surfacing and that as the road was hardly used by pedestrians and cyclists it didn't warrant a cycle track.

The text of my reply (which I've just sent off)

Whether or not the Kenilworth Road should be prioritised for re–surfacing (Ted Duggan's letter published 8 May), improvements for cycling are important.

At peak times the junction of Gibbet Hill Road with Kenilworth Road is congested. With Warwick University planning for 40% growth over the next few years, traffic problems can only get worse. A switch from car to cycle for some of the people who commute between Kenilworth and the university does offer a partial solution. It would also improve the fitness of those who do make the switch. But most people are reluctant to cycle along roads where a constant stream of cars and lorries whiz by them at 40/50 mph.

Over 11,000 cyclists have complained about proposed changes to the Highway Code. In particular against a proposed addition which would tell cyclists to "use cycle facilities…..where provided".

If such an amendment were incorporated, insurance companies would use it to reduce the size of compensation given when motorists drive into cyclists who have chosen to use a road rather than a nearby cycle facility.

This is unjust. Parliament has decided that cyclists have the right to use all roads except those from which they are explicitly excluded (mostly motorways), the Department of Transport should not attempt to erode that right without due process. It's especially galling as some cycle facilities are more dangerous than the carriageway and many are more inconvenient.

The outrage generated by the proposal has lead to close scrutiny of the Highway Code's current text. The advice it gives to cyclists is simply not based on practical experience in the real world. It suggests that cyclists should follow a rigid and poorly informed set of rules irrespective of the consequences for their safety. On the other hand, some of the most important advice that can be given to cyclists, such as the importance of positioning and exercising care when using many cycle "facilities", is conspicuous by its absence.

To register your own comments go to