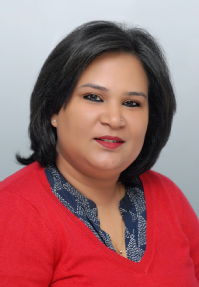 In the summer of 2019, Oxfam India embarked upon an innovative research to understand the intersection between women’s unpaid care work burden and violence against women and girls. The study was conducted in rural and urban areas of the northern state of Rajasthan in India.

It was innovative because we applied a gender transformative and feminist participatory research lens to this problem. By this we mean that the study was grounded in feminist principles of social equality and justice, a belief that women and socially excluded groups are agents of change, and an intersectional and contextualised approach to conducting the research.

The Social Norms of Diagnostic Tool[2]devised by Oxfam was adopted to guide the Focus Group Discussions (FGDs). In-depth Interviews (IDIs) were also conducted to cover groups who could not be covered by the FGDs and also to triangulate the data. It is an innovative method which consists of a set of participatory exercises that identify and discuss social norms, perceptions and expectations that shape, constrain or promote sexual harassment and gender based violence in relation to unpaid care work. It involved several participatory activities which provided space for the agency of the community women to be expressed through role plays, short games, storytelling and group work.[3]

The ideal Social Norms Diagnostic Tool is a 2-day event with the same set of participants. We considered hosting a 2-day event but realised that unless the workshop is made residential, it would not ensure continuity. Residential workshops have their own set of challenges in India, from cost implication to women’s safety concerns and therefore the idea of a residential workshop was dropped. Women are also usually not willing to stay overnight as that takes away from their time at home when they could perform domestic duties.

This was the starting point of realising that often the lived realities of poor, marginalised communities are quite different from proposed research methodologies. Methodologies are often drawn within the comfortable meeting rooms of offices and institutions of learning can be far removed from the realities of the communities we seek to understand.

In what follows, I will outline some of the considerations, which informed and enriched Oxfam India’s study, despite us having to improvise and alter the Tool in the course of our fieldwork, which took place in Udaipur, Rajasthan.

The main issue was the extreme time poverty that women face and the long distances they have to travel to come to the workshop site (Rural Udaipur). On an average, they have to walk 10 km to the nearest location from where they can avail a public transport. Buses, and other private transport, aren’t that frequent; once the participants got a transportation it was almost a 2-hour drive to the workshop site. We considered moving the workshop site closer to women; but women were coming from various village panchayats and it would still be very far for some. Also logistical considerations made it appropriate to organise the workshop at our local partner, Aajeevika Bureau’s office.

Women arrived at 11am and by 4pm they were anxious to make their journey back to their villages, before it got too dark. So we got at best 5 hours to conduct the entire workshop with the women. The Tool therefore had to be modified to fit into a day.

In urban Udaipur, we conducted a workshop with poor Muslim women. Here religious restrictions on women’s mobility outside the home posed an impediment for women to openly participate in the workshop. They spent approximately 4 hours at the workshop but were always feeling anxious about what their husbands, family and community would say about them spending time in public for so long. Many women were also too timid to talk about their experiences, fearing some kind of backlash. There were cases of domestic violence but many of them refused to speak about it. Clearly the force of the community was much more evident in their lives than women from Dalit and Tribal communities.

A second issue we observed was the blurring of productive/social reproductive roles in women’s lives. Women mostly brought their young, infant children with them, having no place to leave them. This means women are never not working. Even in the midst of the discussions and role plays in the workshop, women were constantly juggling roles and taking care of their children.

A third issue was of gender segregation. In Rajasthan, a deeply patriarchal society, mixed gender groups would not have worked as the Tool suggests. The women simply would not open up in front of male members. In fact, we observed strict observance of ghoonghat(veil) in rural Rajasthan. If a man from an upper caste community was present among the women or a man from the same caste community as some of the women was present, then the women would immediately veil themselves and stop talking. So we conducted the workshops only with women and girls; and conducted individual interviews with the men and not in the workshop mode.

The other interesting issue is about the very idea of unpaid care work. This is so deeply ingrained in the socialisation process in women’s lives that to conduct a day-long workshop with women on the work they do at home daily was not easy. In some workshops, the women had been given some prior training in gender issues by Aajeevika Bureau. They were more aware of women’s rights issues and therefore the workshop was easier to conduct with them. But we faced some challenges working with older women (50-65 years) with whom prior gender training had not been done. They were evidently uncomfortable discussing the issues of unpaid care work, saying that this is our daily work and part of our identity, what is there to discuss about this? They felt it was a waste of time discussing these issues at a workshop.

Fifth, we were particularly struck by the candour and openness with which women spoke about sexual relations with their husbands. Totally unprompted, during the exercise of listing all the tasks that women do from morning when they wake up till at night when they go to bed, women in more than one workshop volunteered to speak about the need to cater to their husband’s sexual needs as part of their chores! Sex was rarely a pleasure activity for poor, marginalised women yet, a critical element in their lives. If they refuse, they invite the wrath of their husbands and could be victims of violence, just as, if they refused to cook or clean the house.

To sum up, there were generational and social groups (religious groups) intersections in the discussions and we tried to capture these by organising workshops with different social and religious and age groups. While the young adolescent girls found the workshops extremely exciting and the energy levels were very charged, the older generations were less enthusiastic. But there were always overlaps in group characteristics and a diversity of views and ideas emerged from these workshop discussions.

A key takeaway from this research was that in a gender transformative participatory action research, it is always prudent to allow the field to guide the data collection tools rather than the other way round. It makes for richer experience and more nuanced understanding of the problem.

"WICID has been established in 2019 to address urgent problems of inequality and social, political and economic change on a global level.

"Interdisciplinary, critical and robust analysesthrough collaborative knowledge building and exchange characterize WICID’s approach and ensure impact in the fields we work in.

"We will work together with our partners across disciplines and institutions to produce world-class research. Through our Critical Pedagogy and MethodsLabwe will ensure that we develop appropriate, rigorous, innovative and interdisciplinary methodologies to pursue our collaborative research.

"Our ambition is to make WICID a hub for collaborative, cutting-edge research on international development and to contribute to change making for the better. Please become a member of WICID so that we can keep connected. "