Crocodilian influences on the denarius of 28 BC

The first recorded time a crocodile appeared on a Roman coin was 37/36 BC, under the authority of M Licinius Crassus, an official who had authority over the Greek island Crete and the African region of Cyrenaica. Scholars have attempted to claim that this was the son of the triumvir Crassus who in 53 BC famously conducted the Parthian disaster. The historical content of the Crassus coinage is dubious and complicated but it would be fair to assume and accept scholarly debate that his crocodile represented renewed Egyptian authority over Cyrenaica, an honour that was ceded to the Ptolemaic ruler Cleopatra VII by the cunning Marc Antony.

However, when Augustus utilised the crocodile on his coinage it was as a focal point of celebration towards Rome’s acquisition of Egypt and revered his military triumph. The crocodile interestingly could serve as a sign of continued power and dynastical tenure or the polar opposite of capitulation. With the caption of ‘Aegypto capta’; ‘captured Egypt’ we are able to understand the multi-faceted potential of a crocodilian representation and how the crocodile signified power dependant on the way it was utilised .

To understand the sole purpose of the crocodile on the denarius of 28 BC would be enormously difficult. Commonly in Egyptian practice, crocodiles were to supposed to allude to, and be associated with, their relationship to the river god Nilus, from whom Egypt’s affluence and prosperity was supposedly derived. The crocodile was the epitome of Egyptian power and was typically indigenous to the Nile so it often acted like a glorified mascot. Augustus had left his use of the crocodile imagery purposefully open to interpretation so that it could represent the formidable animal in which the Romans were so curious about, and were so proud to have enslaved, because it embodied the fate of Egypt. Or did it signify and celebrate the prosperity of Egypt through the crocodile’s relation to Nilus?

The best insight into the truth is the coinage of the colony of Nemausus (Nîmes) struck under Augustus: here a crocodile is depicted chained to a palm tree and is undeniably the sign of Egypt subdued to the power of Rome and presumably is a continuation of attitude from the denarius of 28 BC. The obverse of the denarius of 28 BC, a bareheaded and heroically unadorned bust of Augustus, has a protuberant brow alongside a wry smile which is meant to reaffirm the legitimacy of his autocratic reign by reasserting his military success, ultimately bringing us back to the subject of power. The crocodilian imagery on these coins was a boast of power, eastern luxury, but more importantly, it was who wielded and subjugated the crocodile that decided who the ancient beast would transfer its power to. 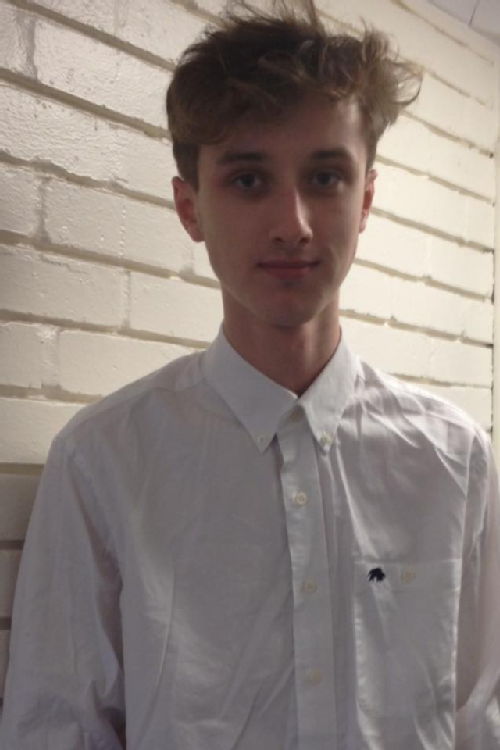 This month's coin was written by Alfred Wrigley. Alfie is a second year ancient history and classical archealogy student who is hoping to specialise in and write his dissertation on Julio Claudian coinage.

Coin image reproducted courtesy of the Trustees of the British Museum.