In this post, Camilo Uribe Botta and Cheng He introduce the first panel for their conference on 'Following Living Things and Still Lifes in a Global World'. It includes four papers on different materials, which show each presenter’s way of approaching the ‘mobility’ of things and conceiving materials. This panel opens with two methodological discussions about objects and their meanings, followed by two discussions about the main ‘things’ of concern in this conference: plants and animals, as an opening to the following panels. 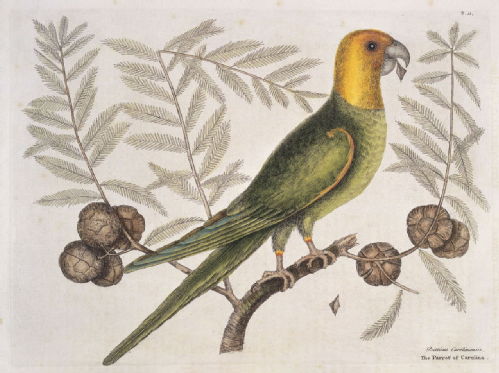 1 Rachel Getz-Salomon (PhD candidate in the Design Department of Architecture Faculty at the Technion Institution of Technology, Haifa, Israel): 'Eliciting Objects – a Methodology Beyond Conceptualization'

The panel will begin with the paper that centres around the anthropology of the object, reflecting the methodological approach to materials. A main aspiration in this discipline is to ‘let the object speak to us’—to look at what, where and how the material is made from and its uses, etc. Rachel Getz-Salomon aims to approach materials from a perspective different from this, borrowing the philosopher Gendlin's methods, which are based on a conceptualization deriving from physical sensation.

2 Erika De Vivo (PhD candidate in cultural anthropology at Università degli Studi di Torino) : 'On the Italian Construction of Sámi Peoples as the Ultimate “Other” Through Items, Images and Words'

The second paper traces the history of contact between two places: Sápmi and Italy from the early sixteenth century to the early twentieth century. Sápmi is a region traditionally inhabited by Sámi people (in Northern and Eastern Europe). Erika De Vivo explores the shaping of the image of Sámi people in Italian history and culture by looking at various things (objects such as ritual drums and human remains; visual materials including engravings and photos; and written sources) and their coded meanings formed during the contact.

3 Jaya Yadav (PhD scholar at the University of Delhi, working on contemporary South Asian Literature): 'What Tea is it? Reading Colonial Trade Across Asia through a Mapping of Darjeeling Tea Plantations in (British) India'

Apart from Erika De Vivo’s paper, we can see another example of the construction of ‘Other’ in Jaya Yadav’s discussion on a specific material—tea. As an important goods in the international trading network, tea has been travelling across the globe for a long time. This paper focuses on the plantation of Darjeeling tea in (British) India, its role in the colonial past, and re(creation) of its meanings and identities during the process—a material which is not native to Britain became an intrinsic part of British culture.

4 Charlotte M. Hoes (Research fellow at the History Department of the University of Göttingen within a project funded by the German Lost Art Foundation): 'Bounded Wilderness - the global trade in living animals'

Not only artefacts or plants are moving with changing meanings, animals are also part of the picture (although the line between artefacts, plants and animals can be subject to further discussion). Animals were traded as ‘commodities’, which can be seen in the past of ‘exotic’ animals that were brought to Europe and ended up in menageries or private collections. Animals, objects and humans were in motion and interaction in this network. In the last paper of this panel, Charlotte M. Hoes took the example of the animal trading company Louis Ruhe Inc. (founded in 1850s in Germany) to show this mobility in global animal trade.