Find out ways you can help…

Tsunami, it may not only change the lives in south Asia, but also you and me. Every little helps. Let us be helpful, too. 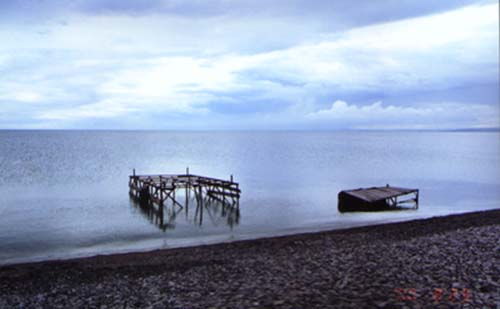 a lake in inner Mongolia, China 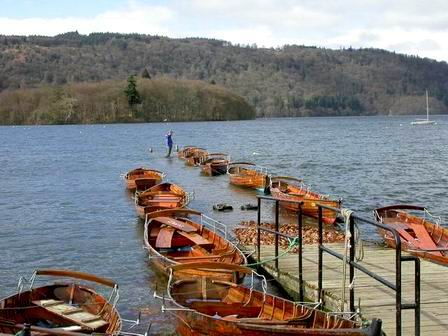 They appear to be quite similar in my pictures, I think…

布拉格的魔术师 — Prague of the Magicians

Below is some impression on Prague, and just worked out the translation, quite a crappy one again… but hey… I think I got the gist of my crappy poem anyway. I have another poem of the series, called 'The Magician of Prague', havent made a translation though. Besides the other poem is a bit more rambling… I need to give it another thought to make more sense out of it before I show it to anyone else. Anyway, here it is, my vision to Prague. — ME

Prague of the Magician's

Congested, and walked
On the stone paths and bridge
While they worshipped
The great sculptures all along

Giraffes, elephants, and hippos
Kittens, doggies and owls
No exit to escape
All but get back to the shape
The medusas wearing cute clothes
Judged by those eyes
Owning four legal wives

Red wine, euro hotdog, and the beef squad smith
Puppet, glass, and black deaf pantomime
Here comes the magician
With a powerful command
Swiftly they disappeared
Without a slightest hint of dust

I thought the photos I took from my Dad's home village in the summer are crap. But it turns out very interesting when I look at them now. There are many lovely elements, they are: 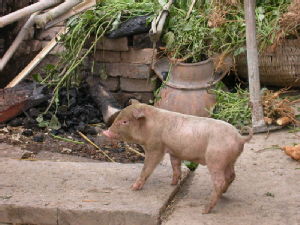 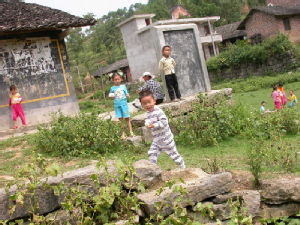 the kids chasing the car 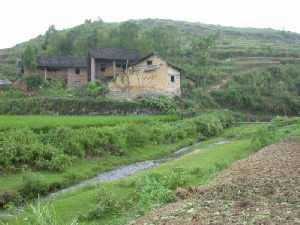 and I will try to remember the stories later.

Ok, I have a stomache

So i can't sleep, so I went to do this survey about me. But am not cured yet.

some thoughts on Greenaway

Writing about word to image from IniN's blog

When I raised my long-buried head out of the book, the train went on moving. Slices of sunshine poured down through layers and layers of clouds, those typical English clouds. When the caesious grass and the lonely trees and the still houses flashed across my eyes, at that moment I wasn't real. I was in that unearthly exotic place that I weaved long time ago. It's like the world in Kyslovski's magic glass ball, it's not about a degree, a night out, a kitchen full of unwashed dishes; it's only a motioning picture, a picture caters all the curiosities. Time tamely goes back to years ago, when I first came here, for that very moment. The picture of a peaceful English summer is still vivid: a dog, afternoon shower, the rainbow in the sky, a garden full of flowers…

Although stereotypes of a certain country is not at all what k is about, all the travellers, including the hero Julian, have these illusions, unevitably. Like the world seen in the glass ball, concentrated, brightened, but unfortunately reflectionally up-side-down.

Hong Ying 's writing is very passionate. It is hard to escape from the mysterious net she weaved to tramp you down to the bottom of the plots. Especially those inserted sights of landscapes and cities, too lively to escape from. Beijing has always been like that: deep blue sky, sunshiny winter, light grey roads, light brown trees, those pine trees are always as still as bonsais… my memory for Beijing has never stayed in spring, and not charateristically in summer, but only in autumn, especially the late autumn, when it was not as cold as winter but bright as.

It was in Beijing, that Julian and Lin started their affair sexually. Beijing is no doubt the most characteristic city in China, and winter in Beijing is thirsty and freezing, perfect for making love. It is quite an attempt, though, to interpret the 'fang zhong shu' (the ancient Chinese sex techniques and theories) as a feminism approach. I m not quite convinced that Lin is a free spirit in that case. She's after all, a sex slave protrated herself to some inequal love affair. Nevertheless, I really like the alternative reading of the classic work. The theories are at one time very convincingly feminism. It is the plots that give it a psuedo flavour.

Another interesting part of the novel is the scenes in the opium house. I was in the train, listening to coming up (suede 1997) while reading. The quiver of the train movement, the music effect made by then drug addicted Brett Anderson, interwove the premise for my irregular heart-throb when reading that paragraph of opium taking. It was as simulating as the love scenes. Is it because she made it paralell to sex that some equivalent effect happened? Or can it be that human bodies, at least some of the bodies, are naturally exposed to drug addiction, as if they naturally take sex as a joy moment?

Now I really want to read the English version.

Maybe it's Chester, who makes the sun shines bright today. He was still sleeping when I started to write this entry. But now he's sitting right beside me, watching me typing 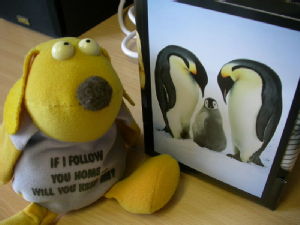 *Chester *brings along the love from Lulu, and Felix
Together with my outcome of yesterday's retail therapy
my just tidied up lonely room looks lively now

Another translation for Hongying's poem

TT：
In what way
that I can see
My future,
beside the shade of
the map or,
When you touched me softly with
your finger on
my painful skin

It exceeds the fragrance of
the best sex I had,
with you
Only compares to

the joy left from
the last twinkling of
the light

I like the last line best… can't translate it at all…. the previous version is in one of my old entry

Bowling for columbine didn't make much impression on my mind cos I think Elephant is the perfect narration of the tragedy. But I definitely like Fahrenheit 911 better… hmmm…. perhaps seeing it in cinema helped as well. When does the world become so evil? Since Bush came into power? Or only since recently when I start to learn the world in more perspectives?
Micheal Moore is a genius, he knows the art of convicing. However all the activists are ambitious; all the ambitioous are dangerous. People will die anyway, no matter how much we were touched and burst into tears during the film. I m an incurable pessimist, what can i say? I simply can't figure out a better way of living than to accept what we've been living now.
Hmmm… probably again, the side effect of writing essay. Staying up too late, reading too much… but I saw some pictures of a guy looks like my dreamlover in a more beautiful face… good looking guys are good solace for stress :)