When I was in the Chiapas, I learned a great deal about the effects of 'trade', particualrly with regard to coffee. Please go to the website above which can help you to do something about it. 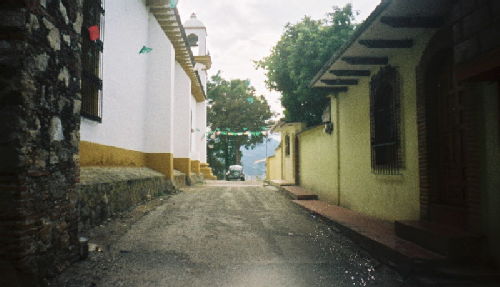 Last night I watched an excellent documentary on The History of the Working Class (Channel 4). Written and presented by Michael Collins (who grew up in inner-city London), the documentary tried to work out why the general consensus on the British working classes has sunk so low. Collins asked, 'Why have the salt of the earth become the scum of the earth?' The conclusions were interesting and seemed to based around a number of factors:

1. Inner city planners.
2. The portrayal of working class aspirations during the Thatcher government e.g. Harry Enfield – 'Loadsa Money'
3. Newspapers putting an entire class on trial for the sins of a minority within.

It was very interesting to see some kind of analysis of class-based prejudice as this is often ignored. I feel that a certain prejudice manifests itself through the use of terms like 'chav', which are demeaning to working class people.

Since 1985 the Guerrilla Girls have been reinventing the F wordfeminism. Still going strong in the 21st century, we're a bunch of anonymous females who take the names of dead women artists as pseudonyms and appear in public wearing gorilla masks. In 19 years we have produced over 100 posters, stickers, books, printed projects, and actions that expose sexism and racism in politics, the art world, film and the culture at large. We use humor to convey information, provoke discussion, and show that feminists can be funny.

Z-Magazine is an independent monthly print periodical on political, cultural, social, and economic life in the U.S. The online version of Z Magazine reproduces the print as closely as possible and has a public archive though current issues are only for subscribers and/or for ZNet Sustainers. The above link accesses the current table of contents and you can access the rest from there.