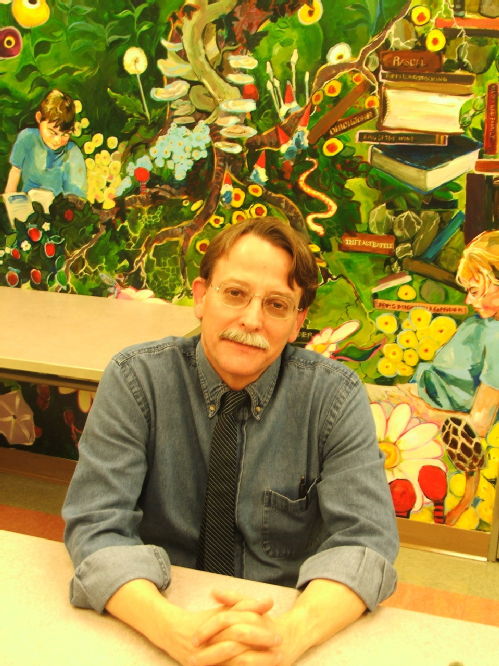 I am really pleased that tonight I will be introducing a reading by the poet, James Brasfield, for the Nittany Valley Writers’ Network. It’s taking place in the Schlow Library in State College (in the Children’s Room) at 7.00pm.

A native of Savannah, Ga., Brasfield will read from his 2010 debut collection Ledger of Crossroads (Louisiana State University Press, 2009) and will discuss the craft of writing poetry as well as his experience of publishing. His poems have appeared in many publications, including Agni, Chicago Review, Colorado Review, Crazyhorse, The Iowa Review, New Orleans Review, Seattle Review, STAND, and The Southern Review.

James Brasfield studied poetry and translation with Joseph Brodsky, Derek Walcott, Daniel Halpern, and other luminaries. He served as an editorial assistant for poetry at The Paris Review. He has received fellowships in poetry from The National Endowment for the Arts and The Pennsylvania Council on the Arts. Most recently, from 2008–2009, Brasfield served as Visiting Poet at The University of Memphis. He is married to the fiction writer Charlotte Holmes.

Twice a Senior Fulbright Fellow to Ukraine, Brasfield has taught at The Yuri Fedkovych State University of Chernivtsi and at The National University of Kyiv-Mohyla Academy. In the article PSUkraine (in Research/Penn State, Vol. 17, no. 1 (March, 1996)), David Pacchioli interviewed Brasfield about his experience of the Ukraine, and I quote from the interview below:

There is, of course, another dimension in which we may hope to gain from crossing cultures with a place like Ukraine. That dimension shines clear from the experience of Jim Brasfield, a poet and lecturer in English at Penn State who spent the 1993-94 school year in Kiev as a Fulbright lecturer.

“I can’t describe the devastation, what’s left after the fall,” he says of his first impressions of the newly independent Ukraine. “You wonder how the Soviet Union lasted as long as it did.” In Kiev, crumbling infrastructure and bleak Soviet architecture overlaid the faded splendor of the old Byzantine city. A typical rural dwelling, he found during his travels, consisted of two un-plumbed rooms, one upstairs, one down. In one such home he remembers seeing “a color TV in the kitchenette running American movies that were all dubbed by a single voice.”

“Capitalism has exploded there,” Brasfield reports. “At the same time there is a very old culture that has survived despite Communism. Entrepreneurs are transporting contemporary American free-market culture – its most vulgar aspects – straight into a setting that is virgin to the hard sell.” The resulting clash, he says, is ruthlessly one-sided.

Still, Brasfield’s Fulbright posting was to one of the current bright spots in Ukrainian intellectual life: the freshly reopened University of Kiev-Mohyla Academy. Dating to 1615, closed down by Czar Alexander III almost two hundred years ago, Mohyla was re-chartered in 1992 as a semi-private university, the first in the history of Ukraine. “The reopening meant a lot to Ukrainians,” Brasfield says, “because the university pre-dates high Russian culture.”

Only two languages were allowed in Mohyla when Brasfield taught there: Ukrainian and English. The faculty was a broad mix of westerners, from Germany, Canada, and the United States. The 250 students, Brasfield says, were the “cream of the crop” of Ukrainian youth.

Although he had received a creative arts grant from the Fulbright foundation, and had submitted proposals for a course in translation and a poetry workshop, “When I got there,” Brasfield says, “The dean of humanities told me that what they needed was a good survey of American literature.” He had to scramble for books, but with the help of the U.S. Information Service and America House in Kiev, the cultural arm of the American embassy, he was able to pull together a course including Melville and Dickinson, James and Pound.

“In classes, they were sheer joy, very eager,” he remembers of his students. Used to attending classes without texts, depending solely on lectures, “they loved the open western style—reading and asking questions.” At first, in fact, he was taken aback by how hard his students worked. “They don’t have the diversions that we have here.” With his leftover book allowance, he helped the students publish a literary magazine, the first in Mohyla’s history.

Outside the classroom, Brasfield was quickly introduced into Kiev’s community of writers and artists, and made to feel at home. “I was very lucky,” he remembers. “I just slipped into that world.” Traveling to Kosiv in the Carpathian mountains and to Lviv with the poet Oleh Lysheha, he saw something of life beyond the capital. After 10 months, Brasfield came away profoundly affected.

“My sense of art changed, my sense of what poetry is,” he says now. “A sense of a life in art was given to me in a new way.

“Artists don’t make a place in their lives for art,” he explains. “Art is their lives, despite all the difficulties.”

Which is not to romanticize, he insists, or not too much. When his ten months were up, Brasfield was ready to come home. “The intensity of living in what were often third-world circumstances just wore me down,” he says. “You spend a great deal of time and energy each day just foraging for what you need.”

But living with the Ukrainians, he adds, he came to “a better understanding of what’s important in life.

“They depend on each other. They have to.

Brasfield is also an expert translator of poetry. He has received The American Association for Ukrainian Studies Prize for Translation, a Pushcart Prize for translation, and The PEN Award for Poetry in Translation for The Selected Poems of Oleh Lysheha. Oleh Lysheha (born 1949) and Paul Celan (born 1920) seem to be powerful influences on Brasfield’s poetic imagination.

“I live in places with no Microsoft or McDonald’s. Archaic is my ideal,” he likes to repeat. Indeed, Lysheha is the Ukrainian Henry Thoreau of the beginning of the 21st century. The way of life of ordinary people does not seem to apply to him. He exists in a parallel universe – he likes to walk barefoot in the city, to swim in the ice-cold river in winter, he catches fish with his teeth, knows how to make paper from mushrooms, never uses public transport, and does not have a job.

Paul Celan, on the other hand, is not so much a dissident as a singer of human pain, expressing, in poems like Death Fugue , the nullity of human endeavours and yet the indomitable human desire for life. Celan appears in Ledger of Crossroads as an awe-inspiring figure of fascination.

Read James Brasfield’s poems ‘Heart of Dixie’, ‘Waynesboro’ and ‘Czernivtsi’ on the Here, Where I Am Blog