All entries for Thursday 06 January 2005

Feminist critic Sally Minogue writes of Victorian women poets as figures that many a contemporary woman writer might have cause to envy, since the lives of Dickinson and Barrett Browning recall the privileges of Wordsworth with his upstairs room and his landing door to the garden allowing him an exit without recourse to the domestic activities of the ground floor. In the twenty first century, women poets no longer retain any privileged status; instead women have more and more demands on their time, identities and bodies, while poetry itself has become a diminished form. 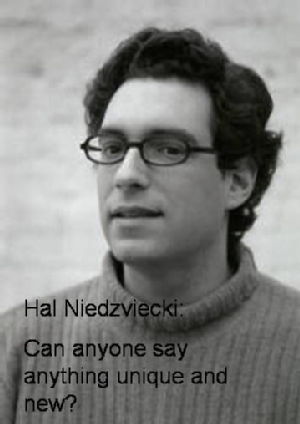 Hal Niedzviecki presents the problem of poetry with inevitable bluntness: Can anyone say anything unique and new?. He answers his own question frankly: [] of course not, these poets tell us, fusing their deadpan irony with a smoldering rage and a shrugged frustration. Niedzvieckis account visualizes the great poets of the past towering over contemporary writers much in the fashion of Blooms The Anxiety of Influence. Gilbert and Gubar have applied Blooms theory to female writers in The Infection in the Sentence:

We must begin by redefining Blooms seminal definitions of revisionary anxiety of influence. In doing so, we will have to trace the difficult paths by which nineteenth century women overcame their anxiety of authorship, repudiated patriarchal prescription and recovered or remembered their lost foremothers who could help them find their distinctive female power.

Women poets must trace the tactics of their precursors in order to face the omnipotence of the male literary tradition. Trihn T. Mihn Has anxiety over the prejudice of the literary establishment in Woman,Native,Other seems very relevant; she suggests that imputing race or sex to the creative act has long been a means by which the literary establishment cheapens and discredits the achievements of non-mainstream women writers'. This is proven to some extent by the choice of poet laureate; this public symbol remains a distant figure  the archetypal white, male poet writing to address occasions squarely, to discover a kind of intelligence.

Feminism has been vital in the support of womens writing and the woman poet. In Towards a Feminist Poetics, Elaine Showalter suggests that feminist literary criticism is divided between feminist critique and gynocritics. The former is a movement that examines womens literary history and that has been responsible for retaining forgotten texts, reprinting books by women who had fallen into relative oblivion. The latter is concerned with women writing now and it has been essential in the creation of a space for women to write from when society has been steeped in what Showalter calls 'myths of male primacy in theological, artistic and scientific creativity. Showalter suggests that while the male writer has been associated with the figures of priest, prophet, warrior, legislator or emperor, women writers have been thought of in terms of Claudine Hermanns phrase, voleuses de langue, thieves of language. Trihn T. Mihn-Ha wryly examines the male fear that a learned woman robs man of his creativity, his activity, his culture, his language.

Feminism strives against the anxiety and guilt that weighs so heavily on women writers, but in Is the Future Female?, Lynne Segal highlights that feminism is divided into two increasingly separate projects: