Snowflake—–one of the best gifts given by the nature

so beautiful
so pure
so crystal
so mysterious
… 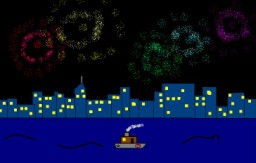 幻城 Charm of the Boundless Imagination

Just finished reading a fiction called《幻城》, I feel quite relaxed and to be frankly I shall say it's not too bad especially the plot which shows the young author's great charm of his boundless imagination, though it didn't make me burst into tears nor laugh out of control.

The setting of the story is very beutiful. Star, snow, ice, cherry blossom and even the white blood are mentioned very frequently. They are the elements of the fascinating scenes. People dye under the cherry with the petels of the cherry flowers flying all around. Not metion the characters in the story, they are all delineated either extremly beautiful or hansome. I'm afraid you might can't bear it, if you are an actualist.

While reading this book, maybe because I've been doing my translation assignment these days, I was always thinking about how to translate some of its content into English. Is that kind of occupational disease? Wooo. Anyway, it is very interesting to think about how to translate the colourful names in the story into English? There are 卡索，樱空释，星旧， 泫榻，岚裳，蝶澈，潮涯，迟墨，片风。。。All those names endue the charaters with specially feature and meaning. However, it might be a bit difficult to maintain the beauty of the original text in this case.

Something that give me great impression: the special way of communicating: leave message in the holy mountain. Tibet image: white khata scarves and streamers were fluttering in the breeze, little scraps of paper money danced and turned on the ground like snowflakes, birds foraging and playing at the edge of the glittering water. a few thin clouds were scudding in the pure blue sky and swooping birds united the heavens and the earth. Most importantly, it is the sky burial which is an honoured burial and a traditional Tibetan funeral ritual in which the corpse is exposed to the open air to be eaten by sacred vultures.

The descriptions that I felt the same in a way: 'Increasingly, she was coming to understand that the whole of Tibet was one great monastery. Everyone was infused with the same religious spirit, whether they wore religious robes or not.'; 'there seemed no way to communicate to these people the kind of isolated life she had experienced. they knew nest to nothing about the empty plains of Qinghai or the nomadic way of life. though they lived in Tibet, they remained enclosed in their Chinese communities. how could she tell them that she had been living in a place where there was no politics, no war, only the calm self-sufficiency of a communal life where everything was shared-and limitless space, where time stretched out endlessly.' 'life starts in nature and returns to nature.'

According to Xinran, this is a factual account. However, I'd rather believe that this a fiction. It is too cruel for Shu Wen to experience such a complicated and tough life. Kejun's behavior is so heroic that you can normally only hear it from the legend. The great love between Shu Wen and Kejun sounds just like the love that we can feel in the fairy tale.

Sky Burial presents Tibet in a very vivid way. For those people who's very interested in Tibet and China from 1950s to 1980s, this book is really worth reading. 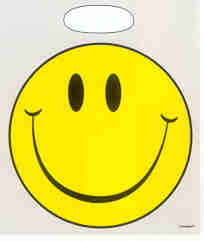 I'm back, totally, with my soul!

Having been away for so long, though didn't leave this country, I did disappear from my blog for quite a long time.

Why? Too much work? I finished it at the beginning of the second week of the vocation though I haven't started those which need to be handed in at the beginning of the following term. Too lazy? Maybe. I slept quite a lot. To be honest, most of the time, I could only see around three hours' sunshine if it is not raining.Too many parties? Yes, partially. I enjoyed them. Too many trips? Not really, I just went to York,Shefield, Manchester, and Edinburgh, which is not too many for me who loves travelling so much. Too busy to do shopping? Yes, mainly. Oh, god knows how I love but also hate my credit card.

Here comes the new year. All I know is my only resolution is STUDY!!! Well, I guess you are much clearer than me what new year's resolution mean. Anyway, I still wanna make one. If there's not even one, I would be too decadent.

In retrospect, I had a nice holiday. I hope 2005 would be a colourful and rewarding year.

It is such a busy day but I have no idea what I have done, do not mention what have i gained. So pathetic!!!

what the hell is that? 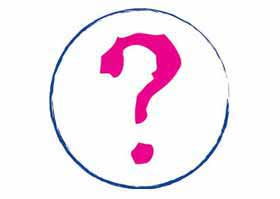 At the borderland between sleeping and waking, hearing the flowing of water in the tube, thinking why someone is still using the tap at this moment, suddenly, I heard somebody calling 'Chris' 'Chris'... following some noise from outside of my window.
'Am I dreaming?' 'what is he doing?' 'Is anybody trying to open my window?'...
I jumped up, turned the light on and said: 'what is that?'
Silence for a second, whisper and I heard someone ran away.
Drawed back the curtain, I found the window was widely open. I am always afraid of reaching out to close the window when it is dark outside, but this time I had to do so.
After shut the window tightly, I checked the time. It was only 2:20 in the morning.
Curling up in my bed, for the very first time, I felt the feeling of fear after the event.
I'm afraid I can't leave the window slightly open during the night. I'm afraid the society is really not that safe as what I thougt. I'm afraid I can't be so trusting. I hate these.
What the hell is that??? 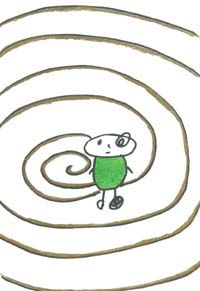 They say life is a journey.
They say while you are growing you would come across such queries: who am I? why do I live in this world? What is the meaning of life?

I know that I am a optimistic person and I always enjoy my life. Yet, when I am alone. These questions would sometimes struggle in my mind. At that moment, I seem to become so pessimistic that even I myself can hardly believe that it is me who is thinking:

I came to this world for almost 23 years. Having a little bit memories about my childhood, but I am sure it is a happy one. I am always studying, from kindergarten in the countryside till now abroad in a university of UK. What can I do? Except the basic liiving abilities. I don't have any special skills. Yes, I am a bilingual but it is not a big deal. What shall I do in the future? Getting married? Finding a job? Having kids? Then becoming old and die? haha, I hope I can die in my dream. Grandfarther suffered a lot before his death. He died of serious disease. I can still remember the days when he was in the hospital one year ago…Lost in my thought again.

I want to shout, shout out loudly till the echo scares myself. I want to go to the seaside to let the deep blue swallow my soul. I want to fly away…

Life is a journey. Since I love travelling, I hope I would enjoy the whole journey!

Random Thoughts on Equivalence in Translation

I always believe that Chinese possesses the most beautiful and vivid way of expression. Some people may soon protest against my point of view and point out that is because of my lack of English edification or simply because I am a Chinese. I have no excuse to deny. So stubborn I am, therefore Id like to carry forward what I firmly believe. Since I started to learn translation, I have to admit that I myself has been deeply convinced by my own viewpoint once again. Here I would like to raise two simple instances of equivalence which I had encountered recently in Chinese-English translation.

宝贝儿(bao bei er)，as one of my favorite Chinese expression， I found it difficult to find the exact equivalent English version. In China, you may hardly hear someone call another one 宝贝儿, since it is a very intimate way of address another person. Normally, you can hear people call their infants or young children 宝贝儿 or you may hear lovers address each other like that. Furthermore, 宝贝儿is a bit different from 宝贝. With a auxiliary word that indicates mood, 宝贝儿seems much more affectionate. However, in English the closest version of translation can be baby or sweet heart which conveys a feeling which is not exactly the same one as the Chinese version. First of all, both of these terms are very popular expressions in the English speaking countries, so it is difficult to show the special intimate feeling conveyed by the Chinese expression. Secondly, the closest translation of baby into Chinese should be 宝贝 since baby cannot show the tone of expression and 心肝 can be the most equivalent version of sweet heart. Since I am being captious here, if I am asked to make a choice I would like to choose sweet heart because it do make you feel very sweet as 宝贝儿. When you translate Chinese couplet into English, you may have a much more profound feeling that the subtlety and exquisiteness of Chinese expression can hardly find a translated version which is not only equivalent but also beautiful. Several days ago, I encountered two couplets in my translation handout:

As a common idea couplet, which is called 对联（dui lian）in Chinese, emphasizes on its condensation and strict antithesis. To be simple, dui lian is supposed to be short and both part of speech and word count are supposed to be exactly the same. Only following these basic features of dui lian can it make a fascinating effect of expression. However, in this example, the word count of the first and second lines of couplet in the translation are not equal at all. Since this couplet is fairly easy, the translation generally manages to convey the form of the source text. where there is verb you may still find verb in the target text, so do other parts of speech. However, the following example which is relevantly more complicated than the former one brings more challenge into translation.

Translation:
Invisible and inaudible, mystical indeed is its imperceptibility, joining the trinity of jade purity, superior purity and supreme purity;
Know its workings, observe its profundity, pure indeed is its tranquillity, forming the principle of the Way of heaven, the Way of earth and the Way of man

Both the basic requests of dui lian can not incarnate in this translation version. Thus, it loses much of the original beauty.

(suddenly remember I'm not writing an essay. weird, got so many things to say when it is not a compulsory work. wanna end it right away.hahaa…)

A Song that I like:说爱我(say love me) 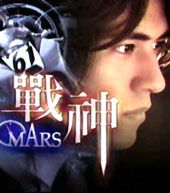 This is a song that I found in the TV series Mars. Though I don't like the TV play at all, luckily, I found something that I can appriciate: one of the song in it. The music is quite sad but very beautiful.