The BBC loves being called impartial. It may choose its words carefully, research the stories meticulously, it probably even tries hard as hell to get all accounts of a news piece. But lately its choice of pictures has not been so neutral and have been more than informative. To avoid the “Oh my god it’s already Christmas season and I haven’t got any presents for anyone yet! Oh, they are gonna be ma-a-a-a-d…” effect, Christmas now begins in October. Restaurants, bars, clubs and even pubs have started advertising their ‘exclusive’ and ‘ultimate’ Christmas plans even before I started shopping for a Halloween pumpkin. So really, there is no excuse for not having a good Christmas present now. Except… if you get philosophical.

If you start by pondering aloud, in an as-a-matter-of-fact manner, “why, oh, why do I have to buy?”, any reasonable person would just give up trying and make a mental note not to get you anything worth more than 2 quid for next Christmas.

If, however, they manage to miss the sarcasm in a haze of holiday hype and courteously listen in on your deep and meaningful monologue, then you can bring in the religion card. Caught in the spirit of ho-ho-ho, even Muslims and Sikhs go on spending sprees and set up emergency Christmas funds. But if you take a step back from that ever-so-charming spirit and go back to the roots of the holiday… most of us aren’t even Christian! We just like the sales, and the ribbons, and tearing up layers of wrapping only to discover your boyfriend doesn’t know you all that well after all.

Another philosophical thought worth a PhD thesis is whether all the consumerism is in accord with the Green idea that is so en vogue these days. Perhaps as a gesture of desperation to save the planet and to make poverty history you could buy each one of your friends a copy of the Big Issue: a quality read for them, a big sincere ‘thank you’ for you and a hot meal for the homeless.

And if all that fails, then perhaps you should consider getting some new friends. After all, it’s all about the new beginnings. 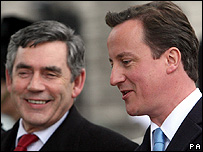 There is an article in the current issue of the Economist titled Indecent proposals that looks at the relationship between classified ads that sell sexual services and human trafficking.

Just last month Harriet Harman, the Cabinet Minister for women has made a link between human trafficking and the “ugly” adverts circulating local newspapers. According to Frances Broderick of the Poppy Project, it is sending out the message of safety of selling sex, which is “very dangerous” itself.

The English legal system is still awkward around the issue of selling sex, struggling to balance between keeping it safe and public and not encouraging illegal activities that provide new sex workers. So far, the collaborative efforts to curb illegal immigration, sex trafficking and sexual abuse of children have resulted in a quasi-cooperation between the newspapers and the Met, whereby the newspapers now keep a record of transactions and, if required, will provide relevant information to the authorities.

For a website that covers a supposedly glamorous industry (according to the ITV drama a Secret diary of a call girl made public that essentially interprets prostitution as paid one-night-stands), the PunterNet looks harshly primitive. However, many may argue that glamorising the website would indirectly glamorise the industry as well.

The webmaster is extremely cautious about the content and access to the material on the site. Perhaps disappointingly, there are no pictures of foxy prostitutes, but the site is valuable for the ‘user-generated content’ – the reviews and reports, available to registered users, on various escorts and agencies. It also features an integrated catalogue on sex services available throughout London and the UK, searchable by location, type of business (individuals, massage parlours or agencies) and range of sexual activities on sale.

While the sex industry prospers, there has been an increasing amount of charities aimed at tackling various negative side-effects of free sex. These have different purposes and goals, ranging from freeing victims of sex-trafficking (the Poppy Project) to improving conditions of employment for foreign prostitutes in England (x:Talk).

Although the English law does not prohibit selling or buying sex, it should seek to establish a legal framework for the publishers to take part in preventing the abuse and illegal activities related to the sex industry while safeguarding access to sexual services.

A routine balance check revealed that I’ve only got £3.74 left on my account. Normal people would get a job. Yours truly decided to spare herself the embarrassment of whoring herself to potential employers, explaining why I think GAP is so great and why I’d make a great team player as a waitress at Wagamama’s. I just would, and if they don’t know it – it’s their loss. Instead, I decided to starve myself and ‘learn’ from this experience. Not so long ago I had my first Amish experience (which I’m still to review) and got by just fine, albeit not without challenges. Nearly a month ago I fasted in solidarity with my Muslim boyfriend, and lost 3kgs. This time I shall endeavour to survive on £3.74 (a.k.a. nothing) for at least a week. Of course, I’ve already stuffed my fridge with food-alike substances, topped up my mobile and my Oyster card for the month, the rest should be considered ‘extras’. That means no teas to go from Starbucks (resist the charm of the red Christmas promotion cups!!!), no buying the Guardian every day (nothing wrong with reading it online), no art exhibitions (the The art of seduction: sex through the ages, from every possible angle exhibition will stay there until January), and most of all: no Christmas-induced shopping. That’ll teach me a lesson.

Sadly, a rather pointless film that conveys more a message of indecisiveness between the film-makers rather than anything meaningful at all. The film is missing organisation and focus and looks more like a splash of interpretations (arguable facts) rather than a lined-up narrative. The random inserts of “artistic symbolisms” made absolutely no sense. The tired use of candles and lighting bolts was truly revolting. The film had also managed to make the defeat of the Spanish Armada look like it was a one man’s show by Sir Walter, who, in his own turn was portrayed as what can only be described as a Jack Sparrow wannabe, swinging on ropes and diving into the sea. It doesn’t come close to the British production of Elizabeth, although rather spectacular and with a few impressive costumes.