All entries for October 2007

Since Queen Victoria and Empress Dowager Cixi jointly ruled over 2/3 of the world, female leaders have been emerging and ruling with fluctuating success. But now the world of politics seems to be ready to welcome a new wave of female leaders, some plainly great, some more controversial.

Could this surge of female leaders serve as a manifestation of the long overdue elimination of sexism, or does it speak of a weariness of the world with the way men run politics? Almost four decades after the first popular movements to emancipate women from housework and provide equal education and universal suffrage, we may be finally witnessing the results of the seeds planted back in late 60s. 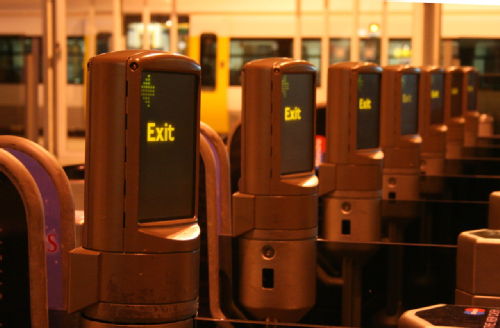 Follow-up to oh the hilarity… from Reverie

YouTube has a rather elaborate website dedicated to downloading the videos you like. It’s called YouTubeX. Paste the link to the video you want into the search bar, click Download, then you’ll be redirected to a sponsor’s website, which you are free to ignore and even close, while the video you need is retrieved from YouTube into YouTubeX webpage. After the clip you want loads up on the YouTubeX page, you’ll be given the option to Download, Record or Stream it. The file would download without file extension, so upon completion, one has to change the file extension to FLV, which is flash video format.

If the system already has VLC installed, then VLC can play the flash video file perfectly.

Videora is a free software that can capture YouTube videos and convert them for various output devices, such as iPod and PSP.

The converter programme (Replay converter) is free for the demo version, which allows you to convert up to 90 seconds of the file. It can convert into the usual formats: AVI, MPEG-4 (Apple QuickTime file), Mobile 3GP and WMV.

In an attempt to discover how to capture videos from YouTube and other online sources I naturally googled “capture youtube”. The third popular link looked promising: Capturing Google and Youtube videos with one command, it pledged to teach me how to “capture Youtube and Google videos to your computer, saving them as AVI files encoded in the MPEG4 format, using only one command”. Until this:

All you need is a Linux workstation running any fairly recent Linux distro, and FFMpeg.

Really? All I need is a Linux workstation? As if everyone has one of those lying about like a bar of soap. About three years ago I was running Ubuntu and was pretty happy with it (albeit the graphics never impressed me much). Now I’m moving on to make new friendship with Apple (whose recent launch of its new OS notoriously caused massive queues outside the London Apple store on Regent street). But Linux will always remain a wild field of imagination that I will only dare to conquer when I’ve learnt enough about programming and such.

The search for a way of capturing online videos continues…

The Unbearable Coolness of British Courts

Admission to courts in the UK is free. Any idle (lay) person can walk into a proceeding and observe a hearing, unless otherwise specified.

Last week I made my first visit to a Crown court and came out with a massive rush of blood to the head, feeling slightly tipsy from that peculiar encounter with what seemed like a parallel world. The wigs and the gowns were just the tip of the iceberg.

I was hoping to observe a good case since it was a Crown court and I sneaked in on a defence hearing for a rape case. It amazed me how the defence lawyer and the claimant’s lawyer were both so astonishingly polite. There was no mockery in their voices, no sarcasm, not even a pinch of irony (perhaps a rather shocking discovery for me since I prefer Judge Judy to Ugly Betty) There was a distinct lack of judgement on behalf of the lawyers. When the claimant’s lawyer disagreed with the defendant, she would simply say “May I suggest that you followed her and raped her”, which would send the defendant into immediate distress.

The more awkward bit was the actual questioning of the defendant: he was asked to give a full account of what had happened (most of which he claimed he didn’t remember) down to the tiniest details. Under such magnified scrutiny I feared no one would look good. The defendant went on to talk about his night out with colleagues, not sparing the details of him urinating in a dark alley and then having sex with the claimant right there on the curb of the road.

It was difficult to listen to that with a straight face: “I performed oral sex on her, then I kissed her neck and breasts and then we had full on sexual intercourse”. “And did you experience difficulties when having sexual intercourse?” – the defence lawyer would politely enquire. “Yes, she was sitting a bit high, I kept trying to lower her”. “And did she reach orgasm?” – the grey-hair-wigged lawyer would ask, – “I did, I don’t know about her”.
“May I suggest you ripped her top and raped her,” – the prosecution lawyer would say in a calm voice, “How do you explain kissing her breasts if her breasts were covered with her top?”

After about 2 hours of cross-examination and hearing of witnesses there was a distinct feeling that both the defendant and the claimant were telling the truth and lying at the same time. At times like that I find myself thinking what a naive child I am thinking everybody always speaks the truth. But the judge swiftly pinned down the core issue and suddenly everything became clear: “We need to establish the factor of consent.” It is a rape case after all, and consent is the one thing that differentiates sexual intercourse from rape.

It’s a shame I didn’t go there the following day to hear the verdict. I may just become a court junkie and spend all my free time in courts from now on.

and the one for the geeks All images are generated from Google image search, the origins of the images are as follows:
Wolf
Mario
Star wars
Castle

Lu's Guide to Carving a Pumpkin

As you may have heard, pumpkins are in short supply this year due to ‘unforeseeable circumstances’ earlier in the summer. So, instead of buying the usual practice pumpkin and stage pumpkin, you may want to try to get it right the first time. And here’s a guide to getting there.*

Please exercise caution when you light a candle inside a pumpkin and have a happy Halloween! 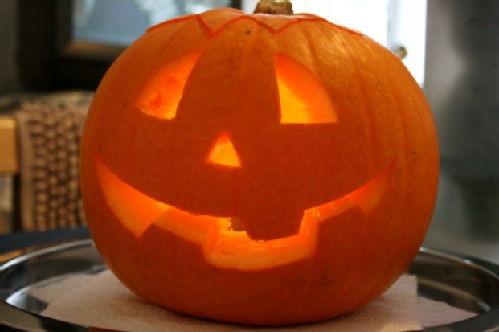