Compton Verney or The Story of Two Losers 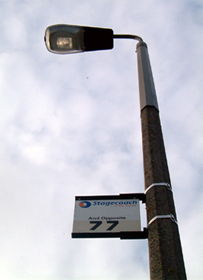 It must be in our blood, the passion for adventure. Getting up at 9am on a foggy Saturday, catching the bus without a faintest idea about the destination, getting lost, overcoming embarrassment, getting scared, getting even more lost… almost masochistic it sounds. But the reward is worth it.

Compton Verney - a palace in the middle of nowhere. A stunning place with picturesque views and fascinating arts exhibitions. We made it there. Barely. The Peter Greenaways exhibition 92 Suitcases was something really worth seeing. Admittedly, I didnt get most of it. Its still being digested. But there was this magical room, where all the 92 suitcases were hanging there with light bulbs flashing to the tone of music. It contained life itself in it. It even smelt special. I could stand there and watch the lights going on and off for ages. But it was just too cold, so we had to head back. Im sure Loser Number Two linktext will write more about this exhibition. And as to me, I was fascinated with the trip itself.

Its always easier to get to a place rather than to get back from that place. The middle of nowhere had no bus stops nearby. We had all sorts of crazy ideas on mind: hitch-hiking, walking, dialling a cab, etc. We even wanted to make a bus stop of our own with some abandoned poster-holder stick. But eventually, we made it to an epitome of civilization with a Stagecoach bus stop.

After about ten minutes of senseless celebration of our victory over the British roads we decided to phone up the Stagecoach people to ask for the next bus. We were nicely informed 'it shall come in an hour's time'. Being left with this little town and its residents alone we finally had some time to sit down and enjoy the life. 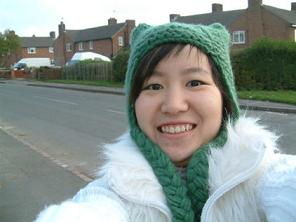 A sudden urge for a toilet caught us in the middle of appreciating the beauty of the town. Hoping to find refuge in the local church we headed towards the idling people on the streets to ask for directions. Turned out, churches are no good even for that. Instead, we were offered a very private toilet in a very private house of a respectfully old lady. Relived and amazed by the hospitality of the people we wandered back to the bus stop, each thinking her own thoughts. 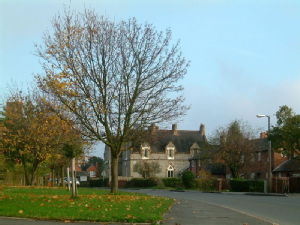 When finally the Stagecoach appeared on the horizon I felt like Robinson Crusoe being rescued from the lonely island. As to conclude, I would like to say that spontaneity, as proven by ourselves, is an exciting and stupid thing. But if the excitement is worth the stupidity, its worth taking the plunge.

I've been doing Linguistics for too long (and not too often)... The world has become a non-assertive place where everything is hanging in the air. And me, I'm no longer a polar-bear-person, because in the vast sea of possibilities, being polar just sounds too stupid… 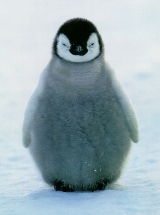 I love Penguina's voice: it goes really high... at the wrong time...

with love from Matt…

There are so many people born in the world every day, that the Assembly Line Divine is now suffering a Soul-Deficiency Crisis.

If you leave the library you'll end up in hell!

How encouraging that must be :) 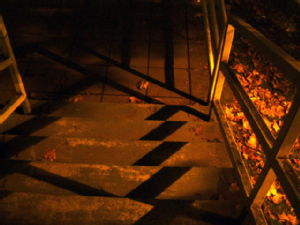 it's the 9th of October. it's a big day. it's the day my bread expires. 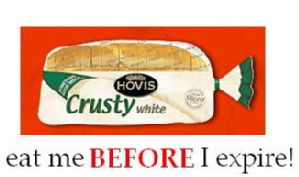 I rushed into the kitchen thinking of my expired bread, trying to make up for the days of ignoring that bunch of thick cuts. but it was too late. the 9th of October had come and my bread had expired. So there I stood facing the cruel reality: the tough grey pieces of something remotely looking like bread; soulless, motionless, breathless. My stomach gave a pity noise as if it was mourning for the death of the Hovis. The grey pieces were lying there looking at me and i had this very vivid hallucination: one of the pieces jumped up, pierced my stomach with a hateful look and questioned: 'why couldn't you eat us up when we were soft and white? why always wait till the expiry date?'. 'I, I didn't have time!' – was my reply. 'You never have time for the important things' – said the thick cuts representative and shook his 'head'...

Follow-up to stool or bum?... from Reverie

we always seek for the ones to blame…
a different chair, but the same bum
and i'm still a tad blank
no, it's not my bum. it's my mind. i have so much in it that overwhelmed by the quantity i dare resting my soul and watching the stream flow: one into another, coming together and splitting apart. it's a labyrinth… and i never tried to explore one single path till the end, choosing to get lost in many instead.
i lack a core in my life. a rope to hold on to while falling into hell. or maybe i need a pair of furry wings to fly me to heaven… but right now i need to finish my assignment, for it is due in 15 minutes time…

I went blank. Just now I had a teaspoonful of witty thoughts and a minute later Im blank. As I discovered, as soon as I settle my bum upon a stool I go blank. So, it's either my bum or my stool that is to blame…