I want to find someone to travel with. Someone, who is ready to take off any minute to any destination that comes to mind, be it Madagascar, Tanzania or Greenland. We would walk around in unfamiliar places, take pictures and notes, speak to the locals; hop on donkeys, ride on horses; pop onto a bus that would be driving past, knowing little about the destination of the trip. We would ride old bikes with noisy bells, knock on doors asking for a shelter; hide in the subway for warmth on a rainy day and sunbath on the roofs of tall buildings proudly flashing our bellies back at the sun. We would get onto ferries that would sail far across the oceans; greet the fishermen, the pirates, the birds, the bees. We would hitchhike on a sledge across the North Pole, ski back to the mainland; walk into cities and gaze in astonishment at the neon lights that would shine brighter than the stars. Then we would find an abandoned roof–less building with a single mattress; go through the photographs, notes and memories of this trip; get out a world map and circle the places we'd set foot in, and eventually fall asleep under the dark blue sky, happy in the knowledge that there is still a whole world out there for us to discover.

The Word of the Day

Anything can get lost –
Keys, wallets, bikes, even cars.
But trolley buses,
trolley buses don't get lost;
they have horns,
horns that link them to the heavenly cables;
and cables, cables that go around the city,
its ends inevitably meeting.
That's why bank robbers never hijack trolley buses – the effect would be like trying to escape on a roller–coaster!

Trolley buses go around the same route over & over again.
The beginning is pretty much the end.
A shallow person would call them 'limited', but I saw, I saw a trolley that got lost, a trolley that's obviously driven along the wrong wires and ended up in the part of the town it doesn't belong to. Trolley buses have souls too. They are freedom lovers, if not revolutionaries. I think they are like housewives; they'd get away if they didn't have to keep the order. They are sacrificing their freedom, breaking out from time to time.

Trolley buses remind me of people; people who think they have a choice, but really are just going along the cables, failing to break out.

When I'm in a trolley bus I become a part of it, a part of the monolith. The pedestrians no longer see me. They see a trolley bus instead. That makes it much easier for me to peep after them. I'm a people's person. People act much more liberally when they don't notice anyone watching them. They start sticking their thumbs into their blocked nostrils and pulling out long trails of shiny sticky stuff; they start gluing chewing gums onto lampposts; they even start walking funnily, subtly attempting to pull their pants or scratch their balls. At that moment I feel like I am god – the omni–seeing being that points and laughs at the ordinary pedestrians, content in the knowledge that I won't be punished for such mischief. 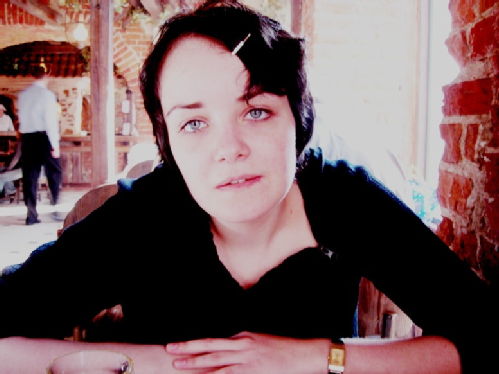 A bit from the book I've just finished reading

From Lapham Rising by Roger Rosenblatt

He takes a leak on everything vertical that is not human, including but not limited to trees, telephone poles, wooden posts, hydrants, and bus stops. "I'm going to own this town," he says.

Dear God: Do something. Even if I don't believe in You, why be petty?

Recommendation for travellers: Hitchhike around the globe!

Using the website above one can find rides to various destinations around the world as well as offer rides for free or for a symbolic compensation. Hope this will be useful for passionate budget travellers!