Dedicated to Simon link and Elliot link
and their precious band, the Great Lakes link 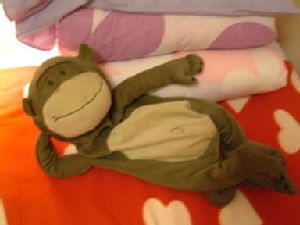 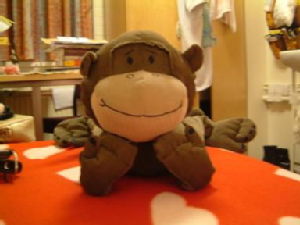 There's a place in Leamington that attracts freaks. All sort of freaks. And there's one particular 'freak' that appears there every Friday afternoon to have tea. We call her the Tea Lady. Whoever gets to serve her is considered unfortunate.

She looks like an ordinary lady in her late 60's. Sometimes she has two hats covering her head. Sometimes not. But always sunglasses. The old-fashioned kind, tonned and really black at the top, hiding her eyes. I did see her eyes ones, tho. Or it was just my imagination. But if it was for real, I'd say they looked a bit sad. Sad and lonely. She always carries a little shopping-trolley-bag with her, where she keeps her black hangbag with money.

The first time I saw her was about a month ago now. She walked in, heading straight to the smoking area, without even looking at my big shiny smile. "How rude…" – I thought to myself, but carried on smiling anyway. She demanded a table, settled down and commanded "Tea!". "Would you like to take a look at our menu maybe? We have…" – said I trying the whole routine with her. "Tea, just tea. And an ashtray." – she said cutting my words abruptly. "FINE!" – thought I and went away from her.

The idea of someone being so rude to me in a civilized place was somehow unbearable. One of my colleagues dropped a phrase that calmed me down. Darren said: "Oh, that's the tea lady! The best way to deal with her is to serve her tea and leave her alone. Sometimes you may need be quite tough with her, 'caz she forgets to pay. She'll get abusive at some point. So, it's your lucky day!". "Rrrrright" – said I to myself, not even suspecting there was more to come.

She sat there staring at the seat opposite and spoke. I talk to myself sometimes, too, so I thought it was normal. Not until I overheard her pausing, sighing, asking questions, changing tone and generally leading a conversation with someone who wasn't there. She sounded like they had a big secret to discuss. She clearly didn't like someone. When I approached her asking if she wanted something to go with the tea, she ignored me in a manner as if I really didn't exist. Totally. I tried asking again and had the same response. She could see something I couldn't, but she couldn't see me.

When she fininshed her tea, she grabbed her bag, put her second hat on her first hat and headed off. Remembering the scenario Darren described ealier, I hesitated to ask for any money, but realised I'm incapable of paying her bill. So I walked up to her and asked politely "Excuse me, would you like to pay for you tea maybe?". To which she responded in a lower, ruder voice of a maniac-smoker: "Fine! Now go tell your mommy and daddy you've got my money! Won't they be pleased!..." I rarely find myself in such situations. Even more rarey do I find words to say to such incoherent insane utterances. She pressed her coins on my palm and gave me the most evil look I've ever seen. "Thank you. Have a nice day." – I squeezed out of my lungs, for the first time saying something I really didn't mean.

Hours after her visit I was still trying to figure out what exactly was wrong with her and who was it she was conversing with. The most plausible explanation I could come up with was that perhaps she received an extensive shock during the WWII and couldn't relate herself to the real world. That maybe she was conversing with her husband who has died a long time ago or went missing, but was a fellow spy of hers.

I see her almost every Friday now. I want to understand what's wrong with her, what she sees, what she hears and who is it she has conversations with. I want to know where she got stuck and maybe even how. But I only see her on Fridays. And sometimes despite my anticipations, she doesn't show up. I'll take a picture of her some time and maybe try and talk to her. She's a mystery to me, a nasty one, but still.