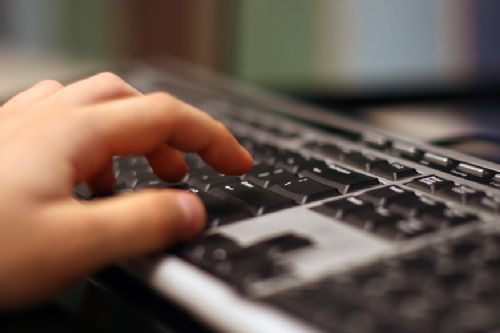 I began blogging in 2008, when I was working as a print journalist. I started out for several reasons: partly because I didn’t want to get left behind with the digital publishing revolution, partly because I wanted to indulge myself in a forum that wasn’t controlled by others, and partly because I was writing a novel set in the Georgian period, and I thought a blog might be a good place to meet other history enthusiasts.

My first blog (which still exists on Blogger, though perhaps not for long as Google has announced a re-brand of that platform) was a modest success. I chose to blog under a pseudonym (and a pretty outlandish one at that), and worked hard at producing quality content, at least once or twice a week. It worked well because I was visiting many historic houses and locations as part of my research, so that gave me lots of things to blog about.

I was really surprised at how quickly I became linked into a network of history-lovers - many of them Americans who were interested in historical re-enactment. It was enormous fun. When my partner and I planned a trip to the 18th-century opera house, Drottningholm, in Sweden, one of my Swedish readers sent me a list of all the must-see Georgian attractions. It rained a lot and I remember doing an update of the blog in Stockholm using the hotel’s rather rubbish IT facilities, and my Swedish reader and I shared some moans about the weather that day. I also met lots of ‘history’ people in real life, thanks to this blog (some of them even still refer to me as Mrs Woffington!)

After a while, my blog ran out of steam, and I began to see a shift towards social media platforms (I also got on Facebook, which ate into my blogging time). The nail in the coffin was that Blogger forced me into a redesign of my site which I didn’t like, and couldn’t change, so I shifted it over to WordPress. Having become freelance, I then turned my attention to a blog under my own name (Annette Rubery: Journalism, Blogging, Social Media), and I created another (self-hosted) site on WordPress which I turned into my professional ‘shop-front’, with a portfolio and my CV. This is now the main focus of my blogging activities. I write (at least once a week) on topics that interest me professionally – mainly the media and higher education – and I try to engage with other people’s blogs too, leaving comments on individual posts. I think that’s really important when you’re a blogger because it’s difficult to get people to interact.

There have been (and are still) many more blogs… I write regularly for a fantastic hyperlocal called Lichfield Live (set up by Ross Hawkes and Philip John) and I recently co-created a hyperlocal for the street on which I live using Posterous. This is a very good blogging platform for beginners because you can blog via a mobile phone or email. I thought that if blogging was as easy as taking a picture with my iPhone, adding some text and emailing it to the blog, then I might do it more often.

Let’s wait and see if that happens!