Life as a sports news correspondent What's it like to report from the world's biggest events and interview some of the most famous names in sport? Warwick alumnus Alex Thomas has spent the last six and a half years doing exactly that as a sports news correspondent for CNN. He tells us about his role and how his time at Warwick helped him get there in today's 50@50.

Do you have any favourite memories from your time at Warwick?

I have too many great memories to mention and most of them are too inappropriate! My favourite times were at W963 radio [now RaW] because it’s how my career started, and meeting friends who I’m still in touch with almost a quarter of a century later.

How did you imagine the future when you were a student?

I had no career plans when I arrived at Warwick. I chose to study Sociology because I thought it would be an interesting course. I hoped career inspiration would strike at Warwick and I guess it did, thanks to the radio work and writing for the Warwick Boar newspaper.

Tell us a bit about your career journey so far. How did you come to be where you are now? 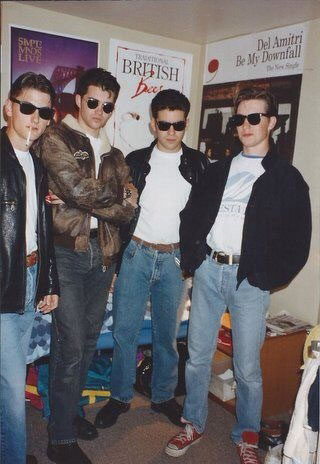 I didn’t get a job straight out of university but did some weekend football commentary for BBC Southern Counties radio. After that I turned down a full time job offer at Next (following some Christmas work there) and focused fully on the media work. I moved to ITN where I spent eight years in radio and TV, then four and a half years at Sky, then the last six and half years I've been at CNN.

What do you think has helped you in your career?

Being Sports Editor of W963 radio for two years and writing for the Uni newspaper helped me get excited about
journalism and the media. It helped me get some part time work at Mercia FM in Coventry so my CV didn’t look completely blank as I graduated.

What’s the best thing about your role? What have been your career highlights?

I am very lucky to have been at the world’s biggest sporting events – three football world cups, several Champions League finals, three Olympic Games, cricket and rugby world cups, open golf championships, etc… And all those major events are career highlights, although its nice to make headlines with exclusive interviews. For example, David Beckham spoke to me after the Rebecca Loos allegations and before his second season at Real Madrid. Sepp Blatter told me Placido Domingo would head up his new Ethics Committee in 2011 and Luis Figo announced his FIFA Presidential bid in an interview with me.

You’re currently covering the Rugby World Cup – what are you most enjoying about it?

CNN has a new weekly rugby show which I am hosting so it's nice to focus on that as well as our daily coverage but, as always, the thing you most look forward to is being in the stadiums and seeing the action (this isn't always possible as a TV non-rights holder). That’s when you really get a feel for the game. Do you have any advice for current students and Warwick graduates wanting to work in broadcast journalism?

Yes, lots! But I’ll keep it simple. The media is one of the most competitive industries of all and going through the biggest change in its history due to the digital revolution.

Your individual motivation, persistence, dedication and innovation will serve you far better than any qualifications. Don’t take no for an answer, be enthusiastic and say yes to everything.

Do you have any advice for our freshers about how to make the most of their time at university?

Don’t fret about the academic side of university. Do the work when you need to but, above all, fling yourself into everything and enjoy it. All your fellow freshers are in the same boat as you. It doesn’t matter who you are or where you come from you will meet like-minded people and make loads of friends.

Photos (top to bottom):
Alex interviewing All Blacks rugby star Dan Carter
Student days at Warwick
At the Olympic Games with his daughter in 2012