Much mystery shrouds this release, with the Dragon and the Atmosphere (as they are named in the accompanying booklet) collaborating in a truly bizarre project. The essential aim was to portray the Marmaduke Duke, and his schizophrenic personality, musically. With this in mind, the album is made up of three parts: Explodes, Implodes and Corrodes, although they run one after another in sets of three through the eighteen tracks rather than being separated out.

It is thus better to treat the moods separately. The album opens with The Red and The Number; a track that Explodes aptly describes. This part of the album is very heavy and bass-orientated. If you dont like screaming, you may not appreciate all of it, but I find that the singers strike a nice balance between full on screaming and melody. A lot of these tracks even make you wonder if this is meant to be a punk album, with their brash rhythms and fast pace.

The Implodes tracks strike a very different note, with their gentle melodies floating lightly through the album giving a nice rest between the more intense inclusions. Although a couple of them can seem slightly repetitive at times, the shortness of all the tracks (only three manage to scrape their way above the three-minute mark) means that they will generally be over before you have a chance to be tired of them.

The final style from the album is perhaps the most challenging, straying from your more traditional songs and bordering on progressive soundscape but with a very dark, dense feel to them. Overall, they do a good job of making you feel that something is indeed corroding. Unfortunately, many of these tracks are quite similar, although this does add to the feeling of going round in circles that the album seems designed to provoke.

Overall the album is a fantastic listen. It changes mood quickly and leaves you in a spin, even though you know what to expect from the next track. Naming standout tracks is a waste of time, as it isnt the individual track that counts, but the whole. And as a whole, it is excellent.

Last night Biffy Clyro rocked out for their first ever show in Lyon, and it was an awesome show! Although Simon was apparently taking it easy on his voice (hence the lack of Toys and Wave from the set list), he appeared to be on excellent form.

From the opener Glitter and Trauma, through to 57 as the encore, the crowd was moshing and seemed to be loving it. Even the new track went down well, even though it was less quirky than a lot of Biffy's past efforts. Particular highlights for me were Some Kind of Wizard, Eradicate the Doubt, The Go Slow and Liberate the Illiterate, which is surprisingly awesome live, as I had never seen it as a standout album track. 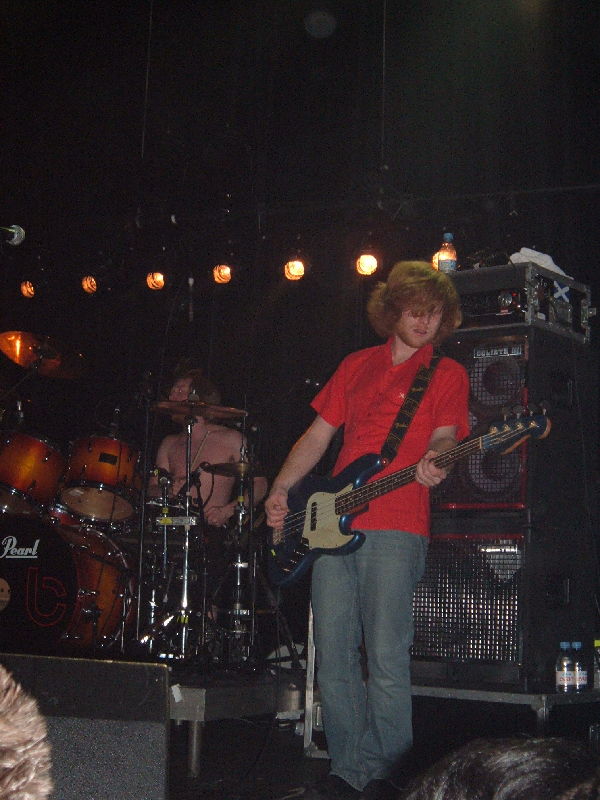 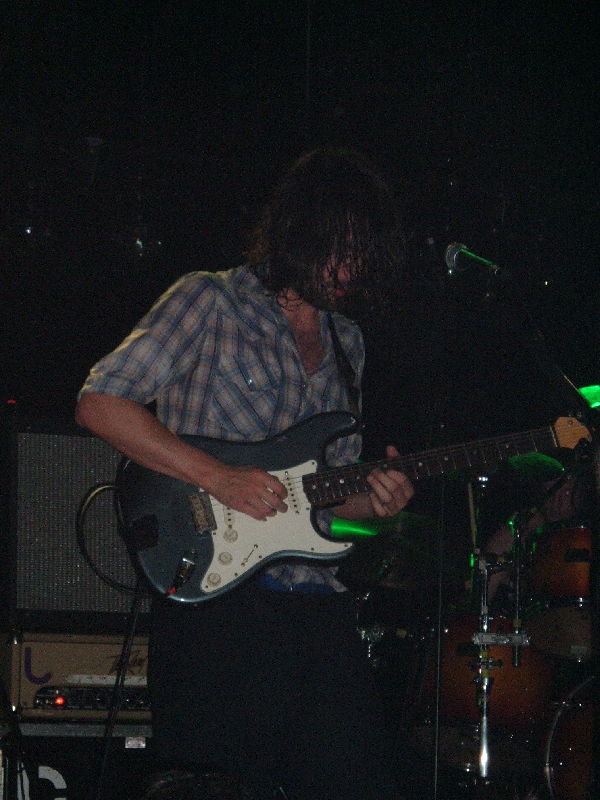 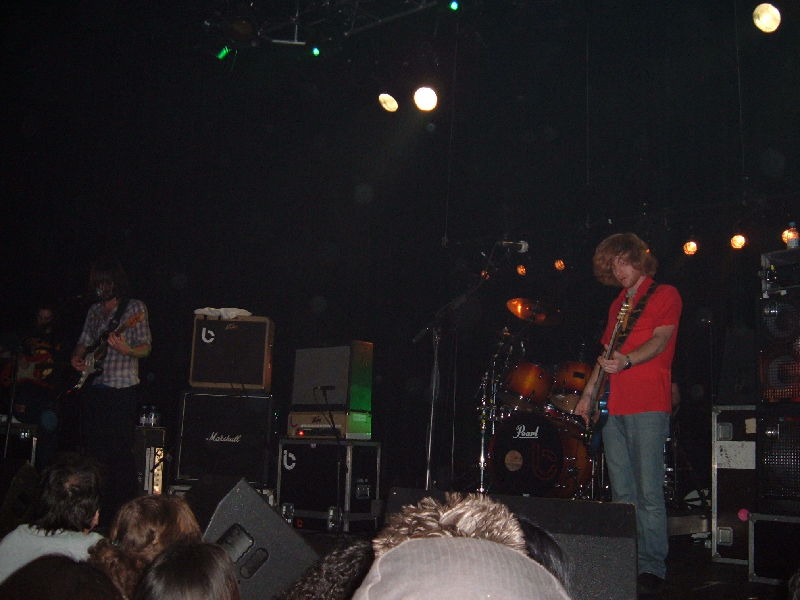 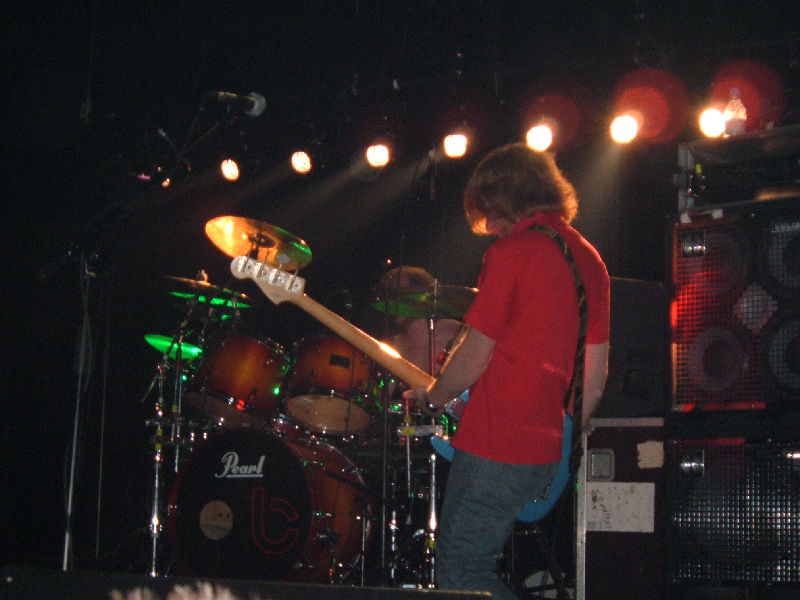 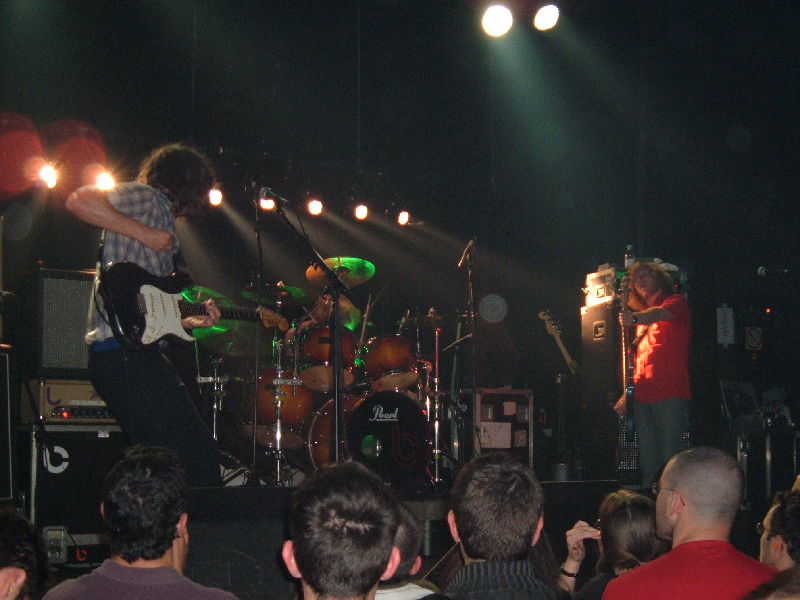 As a keen fan of Alejandro Amenabar since Abre los Ojos (reproduced later as Vanilla Sky) I went to the cinema tonight with high expectations. As it turned out, I was not to be disappointed. While it was challenging to follow due to the many Spanish dialects featured and French subtitles as my only recourse, I was surprised at how quickly the two hour long film passed.

Mar Adentro is the story of Ramon Sampedro, who fought for his right to euthanasia after 28 years of quadriplegia following an accident. The film shows the character of a man that had no will to live and one that gave meaning to the lives of others, all the time maintaining the philosophical debate of whether or not someone should have the right to die. Interspersed with views of the Galician landscape in which the film is set, there is also very much an artistic aspect to appreciate.

Where the film really wins over, however, is in the development of a bond between the audience and the characters, with their emotions quickly becoming your own. It even has the tearjerker moment, to soften even the most hard-hearted. This is made possible by some very competent interpretations of complex characters, each of which adds another perspective to the film.

My only complaint is that the soundtrack occasionally seemed to lose coherence with the images, which momentarily spoiled the mood, but these are just a few small instances and do little to detract from the overall feel of the film.

While I wouldnt rate it as highly as Abre los Ojos, this is a very different type of film and it succeeds just as well within its genre. It has already deservedly walked away with many awards, at the loss of old master Almodovar (whose awesome Mala Educacion is also well worth a watch) and will probably do the same at the Oscars. Who could blame them?

As I spend extortionate amounts of money on music and films every year, it seems only right that I should share my knowledge, insight and opinions with you, dear reader. If you like your entertainment to be quirky, challenging and innovative you may even treat this page as your gospel and eschew trashy magazines centred on pop culture.

So, here we have the first major release of the year (if you ignore the Feeder album, which was frankly disappointing). Many will recognise Jimmy Chamberlins name from his days as the Smashing Pumpkins and subsequently Zwans drummer, but this time he has taken the helm for his first solo effort, Life Begins Again. Although a solo effort, he is helped out by multi-instrumentalist Billy Mohler and some guest appearances from the likes of Billy Corgan and Rob Dickinson (for those who remember the Catherine Wheel, his own solo effort is apparently nearing completion).

It has to be said that overall the album is something of a success. It opens with Streetcrawler, a driving instrumental featuring a quirky solo, but quickly shows its diversity with the somewhat more pop title track. PSA is a long dark instrumental that can only be described as cool, while Loki Cats delicate harmonies reveal a softer side to the album. Cranes of Prey is a highlight of the album, its dark melodies perfectly formed. Love is Real once again features Robs vocals, although not to as great an effect as Life Begins Again. Perhaps the most experimental track on the album is Owed to Darryl, an instrumental that features what sounds like a touch-tone telephone solo Although it doesnt always succeed, you cant fault them for trying. Newerwaves is essentially a summer song, with its bright, dreamy chorus almost bringing back a Jesus and Mary Chain moment. It is also the only song to feature a drum solo, even though this opportunity isnt really fully exploited. Time Shift makes the albums formula clear, returning to another instrumental. It isnt as quirky as you might expect from the title, but it is short at succinct. Its followed by another departure, Lullabye, which is slow burning and very calming. Having influences more from the blues spectrum, it may lack in excitement but it certainly makes up for it by being a nice relaxing song to finish the album with. Only here we come to my only real qualm with the album, the Loki Cat reprise, which is essentially the beginning of Loki Cat faded out after just over a minute. It just seems like something of a messy way to finish an otherwise extremely competent album.

It will not necessarily appeal to anyone who was a fan of Chamberlins past glories, but anyone who likes skilfully crafted music, which challenges at times without becoming a difficult listen (apart from the touch-tone moment) then this album is well worth the buy. The bonus video on the disc is worth a watch to get an idea of the recording process, although it would have been nice to have a couple more tracks instead. Its certainly at least as impressive as a certain Dave Grohls first effort post Nirvana, so we should be able to expect more good things to come too.