It Depends on How U See it

Gender Inequality is always a big issue to discuss. it has been exsiting for centuries, despite its large narrowing down. what's funny is that regarding gender inequality, WHY do people always consider women as inferioriy and are discriminated? Inequality, in a way, means having different rights.

Does the fact that women CANNOT play football with men in a League show women's being discriminated? Why not put it in other ways: men, as players, are there playing games; women, as audience, are there watching; men are playing for the fun and happiness of women, ect.? Royal family never play football for us people, do they?

It's Only Half Twelve

Sometimes, it's well necessary to cheat yourself
As usual, while wandering on the net, I kept an eye on the time: half twelve seems to be my 'bed time', like at that time I'll be sleepy automatically; 'half twelve now, oh, how tired'. BUT, NO, then i realised it just has been put back one hour! SO, now it's supposed to be half one! God Why not me feel sleepy at half eleven just now? Who made me feel tired, me myself or the time? Am i really tired now?
will it be that if it were put back two hours, i would feel sleepy at half two? I'm afraid….
If so, won't it be a good idea to cheat yourself when necessary? it's well useful, i bet.
Of course, human being itself needs consolation, lies...(?)(!)

what is true? what is false? what is right? what is wrong?
is the appreciation when you feel low true? is the depreciation when you feel at a high point false?
what is your feeling of being looked down? what is your reaction of it? what are you thinking about before an argument, do you think about 'what if'?
what is a must? degree? background? experience?
Nothing is a must except for your enthusiasm and capability?
still so upset after being upset````

These are two web sites about Oscar Wilde. I found the quotes are really interesting! Enter the web page of Oscar Wilde's * QUOTES*(for the first one), u'll find them fantastic! In reading them, i keep frowning, smiling, even laughing, nodding or shaking my head. i bet u'll have the same feeling! Have a go!

i'm in the middle of writing a story for 7–8 years old children. but i feel so hard! although there are pictures, only for children, not academic writing, i feel struggling for it. Facing the picture, my mind is blank, i can hardly think of any interesting story from it``````

It's one o'clock in the morning. My eyes are fighting with me, but in watching the marvellous pictures and descriptions of the world's most famous hotel, Burj Al Arab, i've got more energy**)) 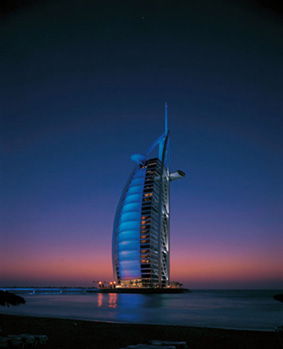 Sth U Can Control, Sth U Cant 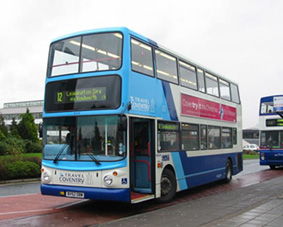 U kill the things u can control, and become a slave to those u cant.

I killed my sleep in the early morning, rushed to the bus-stop eight minutes before the time the bus should have arrived. GOD KNOWS! I waited there for ages and ages````until 40 minutes later, it arrived. I've been late for my work for at least half an hour. Thanks to my mobile phone which has the function of radio, that i at least had sth to do instead of just staring at the blank floor and damning the late bus. While I was waiting, Travel Coventry passed three. I felt sick! What pissed me off again was that i saw three Stagecoach passing by when i was on the 40-minute-late bus!

While listening to the radio, i kept thinking one question: Am i a slave to it? i cant control what time the bus comes, either has nothing to do with it. What left me alone is me damning it, which has no feeling, and me myself had a really bad mood as a result. Again, am i a slave to my emtion? Why am i in so bad mood in the early morning just because of a 'non-emtional' bus?

NO i don't want to be a slave to anything if it's possible. Then, i got a better mood.

Little story about my name

No one's name is more normal than mine. My name is so normal that there is (are) someone who has (have) the same name(s) as mine at every stage of my life and every small area I am in.

In the primary school, I wan't called Wang Jing, but nv (female) Wang Jing. There was a boy in my class who had the same name of mine, but different character. Once when I was collecting my books, I saw the 'nv Wang Jing' on them So silly! I was murmuring

In the Junior high school, I wasn't called Wang Jing, but da (big) Wang Jing. There was a girl in my class who had the same name, but different character. Each time people called me da Wang Jing, I wanted to shout at them: shut up, but, I didn't, sometimes at most, just explained: Call Wang Jing, I know u'r calling me. Anyway, how could they call if not in that way?

In the Senior high school, I wasn't called Wang Jing, but duanfa (short hair) Wang Jing. There was a girl in the same grade who had the same name, but different character. Anyway, this time it was much better, coz we were not in the same class, and people didn't need to struggle to differentiate us all the time.

Now, in the university. There are two Wang Jings in my class as well. What helps a lot is that we use English names a lot. Mentioning my English name, I feel pissed off again. I chose a very 'old', 'out-dated' name that I thought it would be safe for me in the term of 'same names'. However, I was wrong. In my workplace, there are three people with the same name: Helen. So, I use my Chinese name there, Jing.

After an exhausting day