Procrastination in the Morning: Repressed Memories

Last week the project was not going so well. We (Sam Smith and I) spent a long time waiting for the computers to do things (compiling, running, debugging) and we had to think about how we could fix the problems we were having. In the time this took, we achieved the masterpiece of "stream of consciousness" art which you see below. 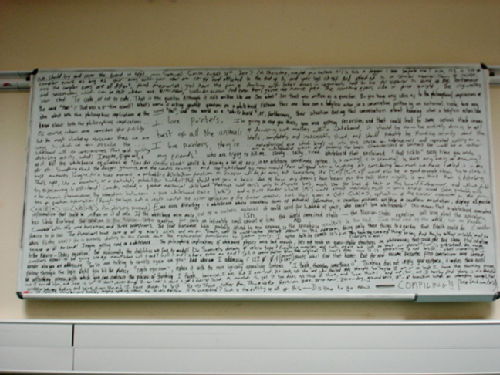