No use for a title

After a week filled with ups and downs, I feel years older [though it's only Ali's birthday today] and a lot wiser. And not just because I know another 10 songs now. A review might come, but for now I'll leave you with this. 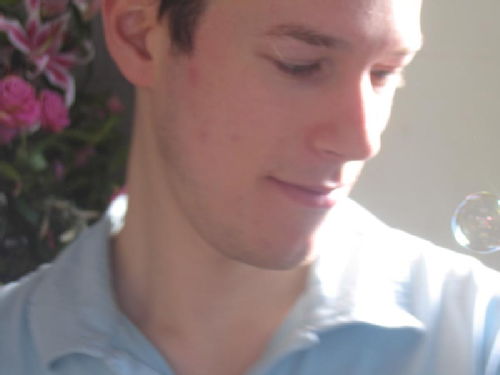 Now I'm not a psychology student either, but as far as I know this is just plain silly. US Secretary of Education Margaret Spellings denounced an episode of a popular US kids TV show as the bunny character visited lesbian moms raising children in the state of Vermont.

I know you guys can read for yourselves, so will mainly leave it at that, but still. SpongeBob SquarePants would advocate homosexual behavior as the main character holds hands with his best friend for a suspicially long amount of airtime. Kind of reminds me of a rumour that Bert and Ernie were actually gay lovers.

Let me tell you about my childhood. OK I won't, but as far as I remember, these shows are for say 4–10 year olds. When I was 4–10 year old I held hands with my best friend on the way to school – like everyone else did. Ditto when we had to walk to the gym. It was indeed thought to be weird when as a boy you'd hold hands with a girl! Hence, isn't it easier for kids to relate to a character that shows the same behavior, than to a boy and a girl who hang out together? 10–4 year old boys and girls generally don't share interests, so it would only be confusing if their cartoon heroes would.

As far as Buster the bunny from the article is concerned: the show designed to teach children about different lifestyles that make up our society. Exact figures are hard to get, but say 5% of the world's population is gay (won't go into details of definitions), that's 1 in 20, I'd say it sounds reasonable. In that case they share a significant part in our society, certainly more significant than the 2 million or so mormons living in the US, who were visited by the same cartoon bunny.

I'm not saying morals and values are unimportant, but lately the governments I'm interested in (US, UK, Dutch) seem to be too focussed on enforcing what they deem the general standard on their people (or even abroad) instead of, I don't know, take away the fear and anger that drives people apart? Just and idea.