how kids can be kept safe on the internet

in recent years, having a internet space become a normal thing, it seems that anyone who knows little about this is out of date and lags far behind the times.

according this BBC news, there are some cases to show how dangerous the internet was, especially the obscene contents. nowadays, more and more kids put their real personal details on the internet, chat with their friend as well as the strangers. also their met up with the strangers because their thought those strangers could be a real friend. that could be a problem, some of them keeping this from their parents. so the parents should show the right way to use the internet to the kids, and encourage them to say what is them worried about.

as for me, i think the parents should spend more time to communicate with their kids, and also the kids should have to learn how to protect themselves.

We've done 3 essaies at the frist term, actully, i feel a little bit exciting when tutor dispose it, because it require too many words even i've never done it before, on the other hand, i expected the result. Of course, it won't be easy due to the huge word limit. i think the propose of thoes essay are going to show what's your understanding of the course, and how do you think about it. the difficult thing which is the word limit, i thought i won't be write enough word, but when i began, the other problems appeared.

let's talk about the translation essay, we were given some choices , i chose one topic which is talk about the 100% equivalency, and at least 1000 word. we have reading week to read lots of book in order to prepare the essay well, so i  borrow some books from the library, but at last, i didn't read them, all those days i just play, play and play. then i realized the time is limited, so i made a plan, wrote an outline, than found the appropriate chapter from the book to read. after i hand in the frist draft i thought the difficultest thing is read, and connect the idea with my eassy, sometimes i don't know how to express my feeling. if i can came back to write the esssay at the beginning, i will take more time to read more books.

moreover, throught the reading week, i should have to read the books about the british culture, i think this essay is difficult, not only about theword limited but also the concept, because that's including lots of things, at the beginning, i don't know how to write about it, i made an outline, but in some measure, it just an outline without the content, i'm so worry about that, in fact, my frist draft about the curtural essay was terribly. then i came to see Lynn to talk about the essay topic together, then i realised i should change the way and the style which i write before. So when i began to rewrite the essay, i chose 4 topics which were i understood very well, and read my classmates' essay which lynn said they wrote well in different chapter, of course, read the academic book seriously. after did thoes things, i wrote easier. when i got stuck, i would read the book again.

if i can came back to the time when i began to write it, i will discuss the topic with tutor early, then i can know how to write about the essay.

after finish those essay, writing is become easy.

sometimes, I'll look some native speakers' blog, and try to find what's the difference between them and us, also find how they thinking, how they writing. then, use the words which they often use.but basically, I do some listening more than reading, that is a little bit boring to read something if I'm not really interested in. I like watching TV, and I'll imitate the actor's lines and the standard pronunciation again and again, because I like imitating( I also imitate the animals' sound well ).

finally, I always believe that interest is the best teacher, and I'll learning English on myself's own initiative.

I have been here for one month,and basically I think I adapted myself to this new environment as well. beacuse british people are kind, and the environment of warwick which I like it very much.

when I came to britain, I realised that the weather is strange, because morning can be spring and afternoon can be summer and evening can be winter in the same day. according to that, different people wear different clothes. they may wear cotton-padded jacket,T-shirt,sweater or even skirt.that is normal for people who leave in britain.and people also should take umbrella with them.because no-one knows what will happen next second.

another thing is about the building,british building'style is so different from chinese. in China, the building is high. it looks like bustling city.but in britain,there are all the small low buildings.actually, I like this style better,it seems more carefree and comfortable for the daily life. compare to the city life , it's a idylic life. and also, the goverment is take care of making green by planting trees,flowers and everything for green. It makes the idylic life better.

there are two normal things in britain,and of coures there are more than two normal things but different  from china.and I think during this one month, I learnt a lot and changed a lot. I try to learn more natural english and never give up to catch any opportunity to practice it. so I firmly believe that our english will be better step by step if we trying harder. 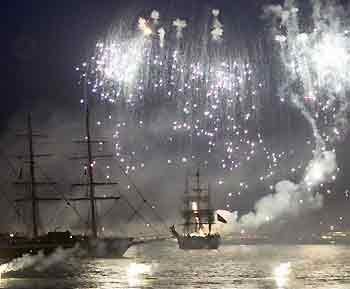 welcome to my blog