Negligent and innocent misrepresentation (UK) v. Mistake as to the substance (France) 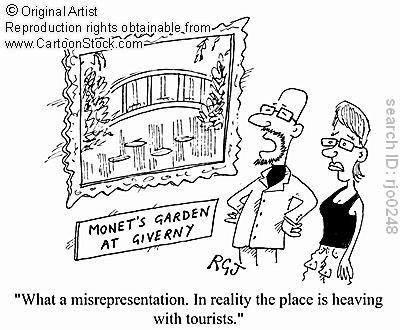 The rules concerning dol and fraudulent misrepresentation are quite similar : where there is an intent to deceive and knowledge that the information provided is false, the other party can claim for damages and rescission of the contract (2&3). The most relevant difference between these two systems concern the so-called "negligent and innocent misrepresentation" and" mistake as to the substance": Whereas English law focusses on the act of one party (misrepresentation), french law focusses on its consequences concerning the act of the other party (mistake as to the substance). As a result, the English law borders more the scope of its protection and consequently the possibility of remedies than French law.

Scope of the protection -

Under english law, a mistake has to be based under an act of misrepresentation of the party, that is to say a positive act of the party. Consequently a party is under no duty to disclose facts even if (s)he is aware that knowing the facts would make a difference to the other party (4). On the other hand french law imposes an “obligation d'information” (duty to disclose facts) to the seller (/!\ but still not to the buyer, e.g. in the case of an auction). As a result it punishes omissions like silence, even if there was no intent to deceive. However this difference reduces through the influence of E.U law. For instance today English law does recognize a limited group of cases in which a duty of disclosure is imposed upon the parties to the contract (contracts of “good faith” or contracts “uberrimae fidei”), such as insurance contracts, fiduciary contracts or consumer contracts (5).

Remedies allowed by the courts - Onces again, the French rules were more protective than the English ones, which are rather based on freedom of contract. French law allows since a long time the right of rescission of the contract in case of mistake as to the substance (6) which was not the case of english law. But the regimes concerning Mistake as to the substance (“erreur sur la substance”) and innocent and negligent misrepresentation come closer together since the English Misrepresentation act (7) which allows a party to rescind the contract or to obtain damages in lieu of rescision if “it would be equitable to do so, having regard to the nature of the misrepresentation and the loss that would be caused by it if the contract were upheld, as well as to the loss that rescission would cause to the other party.” The british courts considers in case of negligent misrepresentation, that is to say when the defendant carelessly makes a representation while having no reasonable basis to believe it to be true, this rescission and damages will always be allowed (8). In case of innocent misrepresentation, i.e. when the representor had reasonable grounds for believing that his or her false statement was true, are let to the appreciation of the judges, the courts do also allow rescission if the statement in question was (1) very important and (2) already spoken. Then, they can consider it as a term of the contract and applying the rule of breach of contract (9).

This comparisom shows the different ways England and France have balanced two interests in Law : to punish the wrongdoers (and just them?) v. to provide remedies for (any?) loss suffered. But it shows also the different essences that is given to the notion of contract : For the French law, a contract cannot exist without any "cause", any aim, whereas the english law requires just a consideration provided to the other party, i.e. an economical exchange.