The Christmas Party, and the end of everything in the world ever, like term.

I can't think of a better way to end term than the christmas party last night, it was sooo much fun! It got a bit sad towards the end tho, no one wanted to leave :( Its very weird being home, im gonna miss every1 loads! I didnt think it was possible for everyone to be such good friends, specially in the space of 10 weeks. Hopefully the pictures will make it easier to be away from all you guys for 4 weeks! Anyways, ill stop my sorrowful blabberings and give you the pics >> 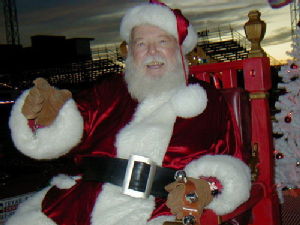 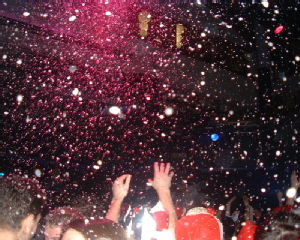 Well apart from a disappointing lack in traffic light colours, last night was a laf! If any one asks anything, Paul was wearing a green top, all the time. 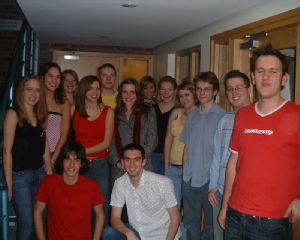 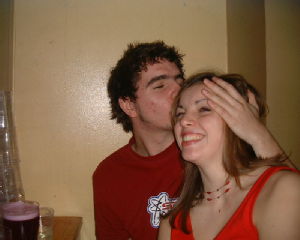 Anyways i'll stop rambling and just give you the pictures,
CLICK HEREEEEEEEEE

Last night was Skool Dayz II, and what a night it was! I could spend a long time trying to explain the night but I think the pictures will do it better!! Click here for Skool Dayz II Pictures!! 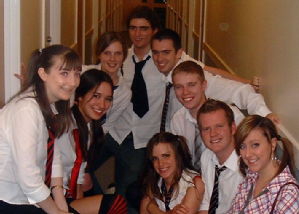 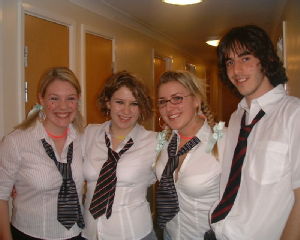 I have a few things to moan about today and I cant think of a better place to do it than here..!

The morning started bad, and things got progressively worse from there. My alarm went off this morning at 8am, so as usual, I switched it off so I could sleep happily for another 10mins or so. 10mins later I woke up only to realise that what I thought was 10mins, was in fact 40mins. So I miss my 9am lecture, thats not too bad I thought, I could have a longer lie in that way. I eventually woke up properly a couple of hours later and realised that I had a seminar (which only started this week) in 20mins time. I managed to get ready in time and ran out my room where I was faced by the Nike Shox cleaning lady

She then said something very extremely deeply shocking to me  "youre the lad that loves me arent you? to which my reply was

In the midst of my despair, I remembered that a few days ago a certain LUCY HOWARD had written something on the cleaners' notice board which went something like this "Dear Cleaner, I love you. From Stewy J, room 23". I think I babbled some excuse saying that Lucy or Paul were the people to blame, but I dont think she believed me. Since that moment I swear shes been coming on to me – when I went to leave for my next lecture she said "mmm, you smell nice", and then I saw her AGAIN with her cleaning posse waiting for the bus and she pointed at me and said "thats the lad that loves me"! ARGGGGGGGGHHHHHH!!!

As if that wasnt enough, I discovered that the new module we are starting this week is "the practice of writing, for computer scientists". Apparently, computer scientists cant write – which is a fair point, but still, why is this module mandatory? I dont see how 8 seminars in the space of 4 weeks is going to change a bad writer into a good writer – surely thats what GCSE and A-levels were for? I like writing, dont get me wrong, but when the opening seminar was about 'decrypting an essay title' and the meanings behind terms such as 'explain, infer, deduce, describe', and then 'how to construct an essay', COME ON!! I have better things to do with my time!!!

After that came the test, which I forgot about until 1hour before it was due to start. The test was fairly difficult, though I think I did ok considering I revised for all of 40mins. Thats all I really have to say about this particular moan, I thought a test in its self is sufficient to be mentioned.

Quickly following on from the test came my COA lecture and then Mathematics for Computer Scientists. COA is lectured by a Chinese person who cant speak english and Maths is lectured by an evil woman who randomly picks one poor student out of 300 and asks them the most difficult question in the world ever. Me and Paul have developed quite a skill in avoiding such questions, but the thought of being picked is scary enough.

One more minor moan – I went to costcutters (and it sure as heck isnt my costs they're cutting) where my bags broke on the way back. I was somewhat annoyed.

Thats me just about finished, there are a few other things but I feel better now for sharing most of it with the world. Hopefully my next entry will be slightly more positive!

As promised the halloween pics are uploaded, there are some interesting ones believe me! Might have some more after our 'old skool' type halloween party 2nite but not sure. Hope every1 had / has a fun halloween! 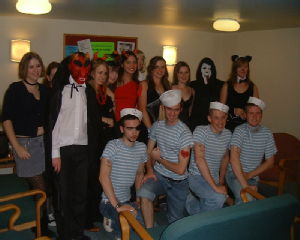 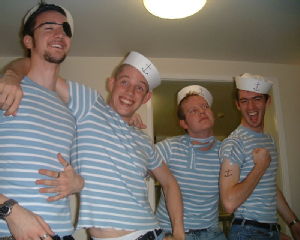 This image should be updated every 10secs or so, but you might have to press the refresh button in order to see the updated picture. Dont think it will be that interesting anyway, but just wanted to see if it worked!

(please note, this webcam will be de-activated when there is a chance that someone unaware of its presence may enter the room.)

In a response to my last post, my motion detector webcam is now up and running. I will be recording the cleaner's movements throughout the duration of the next two weeks (however I will not be publishing them in any way shape or form, and this activity is for security purposes only). 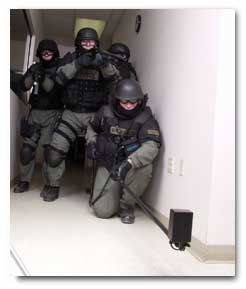 Seems as if we've had an instalment of new cleaners this week, most notably one 'larger' lady that wears these Nike Shox™ trainers to clean… 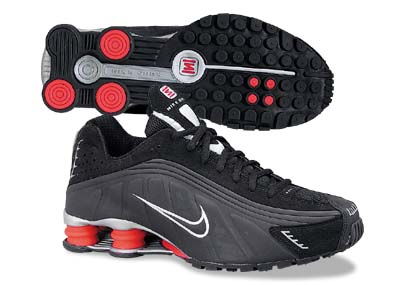 … yeah thats what I thought!

The cleaner behaved in my room today, she actually cleaned! I think I might start a 'funny cleaner pictures' gallery… maybe I have too much free time! – erm, seems I wont be doing that, just got an email saying I cant publish the pics. Ul just have to imagine for now. I thought it was ok to publish pics so long as you cant see their face? Ah well, what the admin says goes.

Something disturbing came to my attention yesterday, the consequences of which I have still to decide. Between 1300 and 1600 hours on Tuesday 19th October, Arthur Vick cleaners had entered my room, switched on my Roland RD-700 Stage Piano, turned the speakers on and started to play, amongst other things, Silent Night (badly). Eye witnesses report that there were a total of 3 cleaners in my room – one playing the keyboard and the other two doing something stupid like dancing.

As you can imagine, my reaction to such news was not a pretty one. I was left with no option but to report directly to the Arthur Vick wardens. I have been reassured that the allegations will be addressed in the staff meeting this Thursday, however I have been considering some alternative solutions.

In my opinion, the best way to handle this is to hide in my cupboard just before the cleaners enter my room, then wait till they start to play my keyboard – at which point I burst out of the cupboard armed with a large, slimy, rotting salmon and repeatedly slap each one of them over the head. While this may be the most satisfying solution, im not quite sure if the wardens would look upon it too kindly, and ive got no idea where to get a rotting salmon from before tomorrow.

Another (slightly more realistic) idea of mine is to set my webcam to motion sensor mode, and so when the muppets enter my room ill be recording their every move. At least this way ill have solid proof – Ill take it right to the top and get them sacked, the lot of them, who needs cleaners anyway?!

I suppose I could just write them a note asking if they could refrain from playing my keyboard again? Any1 got any other ideas!?

ps – There is a £2.50 reward for anyone who can get the cleaners names and addresses! 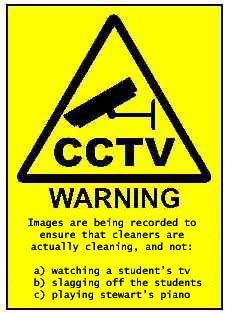 I know its still quite a way off, but i've found a website with every costume in the world ever. . .

I personally think I should wear this. . .

and Paul should wear this. . .

Halloween aside, Uni is still going great (despite two certain lecturers  one of which you need subtitles to understand and the other who everyone lives in constant fear of!!), the work is starting to kick in but that was to be expected.

Will have more pics to upload soon hopefully, and will definitely be uploading the Halloween pics!!!

In response to someones previous post (Tom, cough cough), I thought i'd make the current standings in Goldeneye public… :p 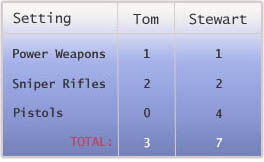