We had a family day trip on Saturday to Legoland in Windsor. Legolans is a theme park with lots of rides, but it is family oriented so the rides are huge and there's lots for even small kids to do. But, being Legoland, there's another aspect to the park. Most of the rides are decorated with enormous lego models, like this dragon: 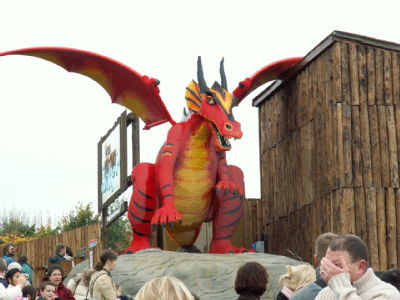 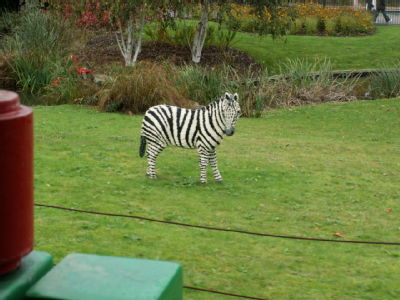 But, by far the most impressive is the so-called "miniland" section, which has models of buildings and places from all around the world. I can only put a small number of pictures here. All link to larger versions.

In the UK there are scenes from London: 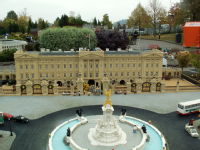 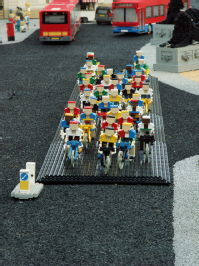 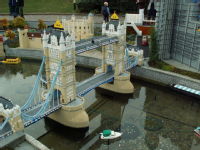 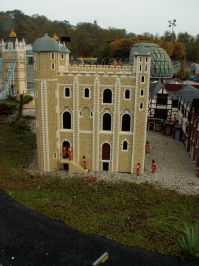 On a sporting theme, there's a match on at Wembley (the old Wembly, note): 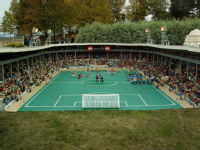 There's a certain amount of humour in the models too, like these "guests" on the roof of Buckingham Palace (the day had a big Halloween theme) and at Wembley: 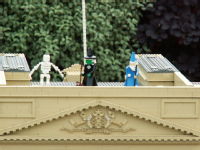 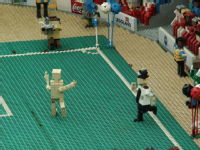 There are models of places in the US, like Mt. Rushmore and the Kennedy Space Center (sic): 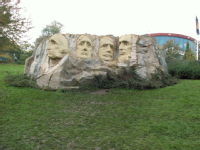 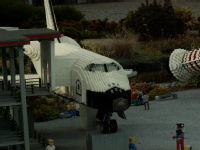 And once again, the humour shows through. The Kennedy Space Center is under attack: 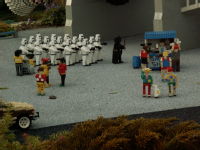 But don't worry - help is at hand: 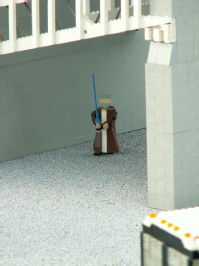 And, of course, they are still building! 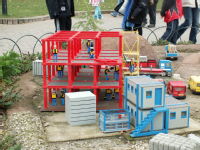 Many of the models have moving components: cars that drive, ships that sail, bridges that move. There's even a drag race:

(And the result of the race isn't the same every time - very clever!)

I'll put more of my photos in my Legoland gallery when I get a chance.

At last, some photography…

I’ve not used my camera much at all this year. Very frustrating. This last weekend we went to Legoland and I used the excuse to take a lot of photos. I still need to sort through them all and figure out which are suitable for public consumption! I’ll post a few in a day or two. But there’s one picture I do want to post quickly.

At the end of the day, because of the time of year, instead of closing at 6pm as normal, they had a bit of a show (with a Halloween theme) and an enormous fireworks display. Obviously they had to wait until it was dark for this, so it was nearly 7pm before it got going. While we were all waiting, they were selling lots of flashy, lighty things to keep the kids entertained. I decided to try and get a photo, not expecting it to come out at all. The following was taken handheld (it didn’t occur to me to take a tripod and I wouldn’t have wanted to lug it about with me anyway), with a shutter speed of 4s, and it turned out remarkably well, I think (click for a larger image): 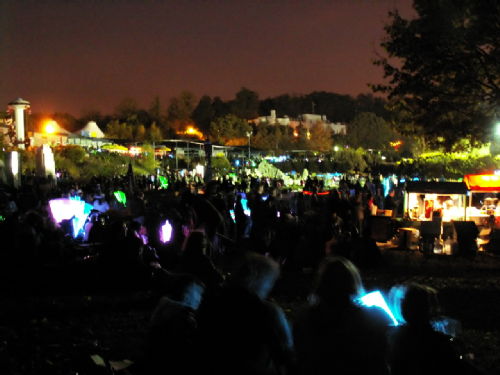 I’m sure the image stabilisation in the camera had a hand in this, but I would not have expected it to work this well on a 4s exposure. And indeed it didn’t for most of my other attempts. This is by far the best of the bunch. I guess I must just have managed to keep really, really still for this one. Still enough to give the IS a chance.