All entries for August 2005

I have nothing to add.

There has been a number of interesting A-Levels-inspired posts during today. At the risk of unpopularity (with those Warwick Bloggers who have younger siblings going through the mill at the moment – well done to those I've read about), here are my thoughts on the issue. In which will be discussed:

I've held these ideas since before I took my own A-Levels. The exams were by no means easy, but I was fully aware at the time that it was easier for me to achieve my A grades in 2000 than it would have been if I'd taken the same exams 10 years earlier. In the same way, today's A-Levels are still bloody difficult – the pass rate is only fractionally higher now than 5 years ago – but then it's something towards which young people spend two of the most active years of their lives working; what do they expect?

Let's start with the media's general premise "A-Levels are getting easier". This is a hopelessly simplistic statement and – wrongly – implies that A-Levels were ever "easy", and that they are now even more so. The statement assumes that A-Levels could ever be a constant and perfect test of ability; demonstrably they are not and cannot. This would only be disputed by a politician anxious to avoid accusations of demeaning children's achievements ("won't somebody please think of the children?") – in much the same way as any discussion criticising the NHS "demeans nurses".

We can throw a couple of further cliched ideas straight out of the window: "exam success is just as difficult as it's always been" and "young people are simply getting cleverer". The A-Level pass rate in 1982 – the first year for which the marking system was in today's format – was 68.2%, compared to 81% in 1993 and 96.2% this year. By contrast, the global, highly respected and well-established International Baccalaureate system (IB) has seen its pass rate remain at 81–84% since 1993. In the 1982 set of A-Levels, 8.9% of all subject examinations ended in an A grade; it is 22.8% in 2005.

In A-Levels, then, there's been a 41% increase in passes and a 156% increase in attainment of the highest grade over a 23-year period. Now, the population has not got 40% more intelligent – or industrious – in the last 20 years. It's that simple – such a big change in human ability is inconceivable. Don't forget, too, that the number of people taking A-Levels was significantly lower in 1982: it was much more valid/acceptable to leave school at 16 if one was considered not to be "cut out" for sixth form education. Thus, those who stayed on were the high academic achievers. With an expansion in the proportion of young people taking A-Levels (all on the march to Tony's "50% in HE" figure), the average raw intelligence and ability of candidates can only have gone down.

The cumulative improvement over 23 years has come in a series of small but positive steps every year. The smoothness of the increase implies a systematic variable: there is some part of the process that is changing at a constant rate. When I took my Maths A-Level, I think we had access to about 4–5 years of past papers on a syllabus very similar to our year's; likewise for Physics. The past papers we used for practice were not more difficult than our mock paper, or even than the real thing… but the pass rate, and the proportion of A grades, still rose. This points us in the right direction: one aspect of the rising pass rate has a lot to do with moderation. When an organisation is put in charge of overseeing the marking of exams, and at the same time given the responsibility of keeping track of the "continual improvement" of our education system… there's such a huge conflict of interest it's not true!

There are, of course, step changes as well. For example, the introduction of the AS/A2 system brought problems, with some students being caught up in the swamping of Warwick Uni three years ago (when too many students met or exceeded their predicted grades) and thousands of others mysteriously being failed or receiving very low grades in certain modules, to keep the published rates of grade inflation modest.

The other main example of step change, syllabus alteration, is often less pronounced. However, it is very common to hear or read of university lecturers (even at Warwick) complaining that first year – and sometimes second or third year – modules consist of imparting knowledge they themselves had picked up at A-Level. Similar anecdotal evidence has professors decrying the standard of English that undergraduates possess – even English students – and I'd have to agree. This indicates that students may come to university having done better than their predecessors in their exams, but this does not guarantee they will be any more able to cope with the subject itself (taken to include basics like expressing an argument in clear terms).

So how are standards still appearing to rise? A lot of this is down to changes in teaching priorities. Especially in the climate of league tables, added-value measurement and the like, the exam result is all-important. Teachers spend far less time discussing, pursuing and expanding; rather, they have two four-month sprints each year (including holiday time) to impart as much knowledge as possible before the next cycle of modular exams comes around. This knowledge is often coaching for exams, in the form of practice questions and model answers, rather than promotion of good technique and independent thought.

Retaking modules, of course, has been credited with improving results more than any other recent innovation. I don't believe the exam questions are easier but, with exams more frequent and more narrowly focussed, students are forced to do more practice on individual areas of the course. More coaching, essentially, and less time for learning and exploring a subject. There's also the related serious issue of the detriment to extra-curricular activities: students today are indeed under more pressure, academically and in terms of their time. Something has to give and so they have less time for "personal development"-type activities that were very common at my school.

So I'm not saying exams are easier, or harder. With changes in emphasis, exam structure and teaching practice, though, it's undeniable that more and more young people are reaching the top grade, some without doing as much work as they might if they were on a borderline. That was certainly true of me. With the basic ability of human beings remaining roughly unchanged over a 20-year period, it's safe to conclude that the internal and external methods of exam preparation are the things that have changed: young people are, shall we say, more prepared for their exams than any before them.

Which brings us to the nub of the problem: differentiation. Not calculus (fast disappearing from Maths AS-Level!) but a ranking, of sorts. An article I saw recently claimed there were about 10,000 university rejections of students predicted 3 or more A grades. Universities just can't tell who really has the greatest ability – even leaving aside the unreliability of summative examination in and of itself. In my view, this is the true utility of A-Levels; keeping standards constant-but-rising-a-bit each year does not, as must have been intended, promote comparison between young people of different ages. If you will, the increase is just a politician's conjuring trick: there may well be a steady increase in teaching standards but, in applying this increase artificially through moderation, you'd never know the difference if teaching standards were static or even falling. Bring back normative marking and a grade will actually mean something truly positive.

Well done, to everyone who got their results today, on the culmination of 13 years' testing; for those fortunate enough to be preparing for university, best of luck with the next three.

I've just decided there should be a word for the happy effect that the anticipation of a freshly made cup of tea has on a tired and caffeine-dependent brain. Suggestions?

What else should there be a word for?

I briefly 'Lost' the will to live

I watched Channel 4 last night, a victim of so much unwarranted hype produced by a company (ABC) trying to justify the massive amount of money spent on creating a series-length Hollywood film. What swayed me, apart from having nothing better to do, was Matthew Fox on the news (not an advert, but the news!) yesterday morning, describing the show as "sophisticated".

Yeah right. Fifteen minutes in and I'd seen every Hollywood cliche played for unintended laughs. I watched to the end of the first hour – which was about 50:50 adverts to programme – and it got no better. If that was really as sophisticated as modern TV drama gets, then I'm either a snob or a cynic. American TV audiences aren't really so unsubtle, are they? Either way, it gives me a few more free hours in my week!

Never fear, I'm back! Formula Student is very much over: we had huge problems with the car all competition weekend, with something else breaking as soon as we'd fixed or got around the previous problem. Examples included a fire extinguisher going off in the van one night, covering the car and all our equipment (we had to laugh despite our exhaustion), and having to adjust the steering on the day of the competition to give us enough lock to take left-hand bends! Bad design of the suspension geometry meant the steering was then crazily heavy… all in all, just finishing the event was a major achievement.

I drove the car in the sprint event (one-lap, qualifying-type event) and was the second of 2 drivers in the 22 km (30 minute) endurance event. Very hot, very unpleasant, and in a car that was nowhere near quick enough, but it was a fantastic feeling to drive over the finishing line… especially when the engine spewed oil everywhere immediately I did so! We even won an award – you can see the picture below for what it was.

Then there was graduation – lovely to see so many friends again, even if it felt a little muted – perhaps because we were all quite conscious of it possibly being "the last time". Obligatory mugshot found below as well.

And now here I am… living back at home in Surrey, working in an oil & gas engineering consultancy on some small-scale international projects, and missing uni peoples muchly. Bit lonely down here really. Enjoy some pics of my summer so far (future excitement may be in reasonably short supply); click on them to see the captions. 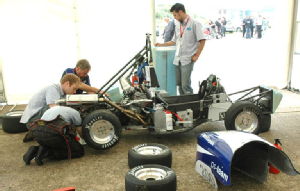 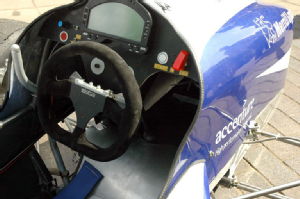 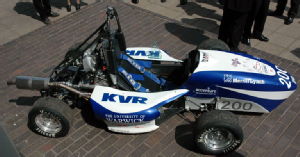 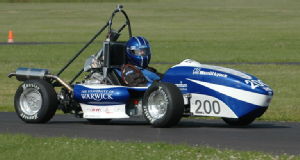 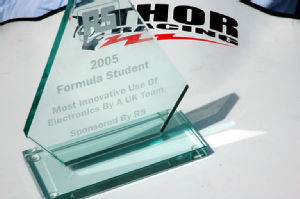 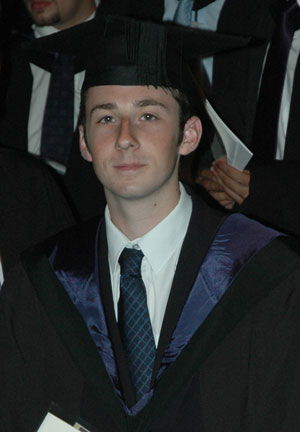