Official blog of the Festival of Social Sciences

Blog of the day 4

Todays blog of the day is David Arnott's Schrodinger's C(h)at.

Podcast of the day 4

Today's podcast is by Cecily Jones (Sociology) on The Legacy of the Slave Trade.

All the podcasts are also available to download from iTunes U

Book of the day 4

Today's book of the day is Professor Stephen Broadberry's Market Services and the Productivity Race, 1850-2000: British Performance in International Perspective.

This book offers a major reassessment of Britain’s comparative productivity performance over the last 150 years.

As part of the Faculty Walking Tour IER staff put together a range of materials (including posters, reports and Bulletins) on display in the IER library yesterday.  We had a few visitors and some interesting questions about the research findings presented in the posters. 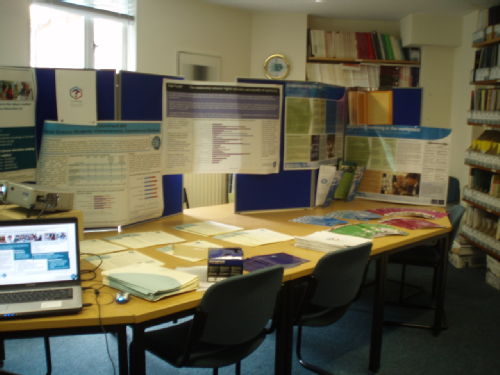 We even had one of IER's PhD students on hand to talk about her experience of postgraduate studies. 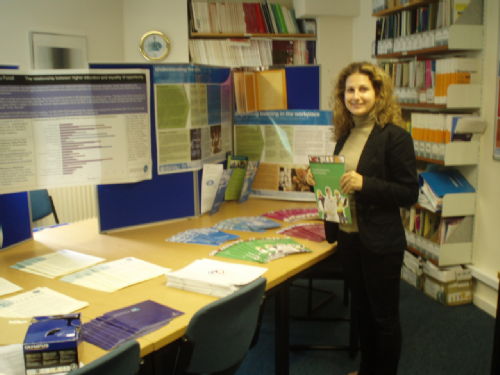 Thank you to all our visitors who made our efforts worthwhile!

First Keynote Lecture of the Festival

I went along to yesterday’s Keynote Lecture by the VC, Professor Nigel Thrift http://nigelthrift.org/. The lecture was entitled “Pass It On: Towards a Political Economy of Propensity”, subtitled ‘What Gabriel Tarde Can Still Teach Us’.  Tarde was an early French sociologist, who was precursor to the more well known Emile Durkheim and Max Weber, and whose work is being re-visited by sociologists looking for ways to examine changes taking place in society http://www.britannica.com/EBchecked/topic/583438/Gabriel-Tarde.  Bruno Latour, Professor at Sciences-Po, Paris wrote an interesting article on Tarde in 2001 which is available on his website http://www.bruno-latour.fr/articles/article/082.html

I haven't sat in a lecture theatre to listen to an academic presenting a paper for quite some time, so it was quite a challenge to keep up with the intellectual threads of the lecture.  But what I managed to retain from the lecture was that Professor Thrift used Tarde’s theory of imitation as a framework to try to understand individual behaviour in modern social phenomena such as those occurring in the current economic crisis.  He introduced a concept of the logic of propensity which brings together biological and sociological interpretations to attempt to calculate “the madness of people” (from a quotation by Sir Isaac Newton).  He provided some interesting examples of how new technologies, and advances in neuroscience in particular, are providing opportunities to understand more about the process of imitation and how it can be harnessed and directed through a series of continuous tactical adjustments.

Many more arguments and concepts were presented during the lecture, which would have been more meaningful to academic researchers with an interest in this wide-ranging topic.  Perhaps others who attended would be willing to comment on what they took away from what was a very thought-provoking lecture by the VC?

Book of the day 3

Today's book of the day is Dörnyei, Z. and Ushioda, E. (CAL)(eds): Motivation, Language Identity and the L2 Self. Bristol: Multilingual Matters

Podcast of the day 3

Today's podcasts are by Steve Fuller, Professor of Sociology.

All the podcasts are also available to download from iTunes U.

Researchers of the Day 3

Yes! There is no typo in the title. We have two researchers of the day today, both from the Institute for Employment Research.

Blog of the Day 3

Paul Youdell's blog is today's blog of the day. Paul is a PhD student in the Economics Department and blogs at

Paul Youdell's latest post comments on the VC's headline Lecture at the Festival of Social Studies.

Bernard Casey's workshop on the economic costs of work-related stress started an interesting debate how 'work-related stress' could be measured and defined.  Evidence from different sources suggest that it can be between 10% to 0.4% of GDP.  Using the Labour Force Survey, Bernard suggests that the estimated costs is 0.25% of GDP, but then other factors have to be taken in to consideration such as withdrawals from the workplace and 'presenteeism'.  This means that the costs to GDP are actually higher.

If you missed his workshop here is a copy of the presentation bc_ier-soc_sci_festival.ppt