Film: FIRE IN THE BLOOD

FIRE IN THE BLOOD

The screening will be followed by a panel discussion and drinks reception.

The event is free to attend.

An intricate tale of ‘medicine, monopoly and malice’, Fire in the Blood tells the story of how Western pharmaceutical companies and governments aggressively blocked access to low-cost AIDS drugs for the countries of Africa and the global south in the years after 1996 – causing ten million or more unnecessary deaths – and the improbable group of people who decided to fight back.

Shot on four continents and including contributions from global figures such as Bill Clinton, Desmond Tutu and Joseph Stiglitz, Fire in the Blood is the never-before-told true story of the remarkable coalition which came together to stop 'the Crime of the Century' and save millions of lives in the process.

As the film makes clear, however, this story is by no means over. With dramatic past victories having given way to serious setbacks engineered far from public view, the real fight for access to life-saving medicine is almost certainly just beginning.

Public lecture– The University of Warwick– School of Law 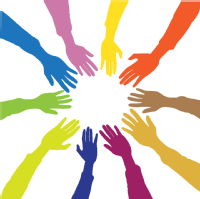 Our special interest group has a new logo!

The joining of hands is symbolic in two respects: firstly as a representation of social justice; and secondly as the embodiment of the collaborative and interdisciplinary aims of our group.

As a 'show of hands', it reflects the idea of participative democracy, in which each individual has a single and equal casting vote. The coming together of hands mirrors the social contract, in which societies bring individuals together for a common purpose.

Our group unites researchers from across Warwick’s four faculties. This interdisciplinary research focus is represented by the different shades of the arms in the new logo.

To take part yourself in our group's activities, get in touch via the contacts link above.

Book Review: Mark Hollingsworth and Stewart Lansley, Londongrad: From Russia with Cash: The Inside Story of the Oligarchs (London: Fourth Estate, 2009)

In 1993, the London-based synthpop duo the Pet Shop Boys revived the camp classic Go West. Originally released in 1979, the song’s Utopian lyrics took on a new meaning in the immediate post-Cold War era, speaking to the hopes for freedom and prosperity in a newly globalised world:

We will fly so high/

Tell all our friends goodbye /

At precisely the moment Go West returned to the airwaves in the early 1990s, a Russian exodus indeed took place on the global airlines. In Londongrad, Hollingsworth and Lansley suggest it was those who had already established themselves as high-fliers who often chose to migrate west, leaving the majority of their countrymen in their wake.

'Go West' owed its origin to gay/ civil rights. In contrast, the post-1990s oligarch diaspora speaks much more to questions of plutocracy, democracy and access to social resources.

Londongrad interweaves espionage and political intrigue, but for the purposes of this blog it is the huge influx of wealth that Russian billionaire émigrés took to London that is most pertinent. The book suggests that this wealth owed its origins to the failure of western market forces, which allowed a small minority of oligarchs to amass huge fortunes through the acquisition of controlling stakes in Russia’s previously nationalised industries. Figures such as Berezhovsky (cars and oil), Lebedev (finance and newspapers) and Roman Abramovich (football and finance) are presented as opportunists who acquired large shares in core Russian industries, then used the proceeds to fund lavish lifestyles as adopted Londoners.

The book itself often reads like a laundry list of excess. Potted biographies are pieced together with receipts of expenditure, to the extent that you wonder for a moment whether you are filling out a tax return of those profiled, rather than reading an account of their significance. Worse, there is so much detail on the cost of the yachts, mansions and artwork bought up with Russian roubles that it veers from surface condemnation to tacit glorification. I would have preferred less adding up of the sums spent and more analysis of its social impact (the latter largely relegated to the final chapter).

Even so, the unimaginable sums involved are themselves revealing: Londongrad tells a tale of two classes as well as two cities. As readers, we collectively become an underclass cut off from the lives and experiences of the plutocratic minority whose lives are so ambivalently showcased.

Class structures within single societies may no longer determine access to resources; instead, researchers of social justice must look across national frontiers to assess levels of equality and fairness. Londongrad is most measured (and more interesting) on the balance of power between the Kremlin, migrant oligarchs, and the UK Parliament notably in its discussion of the case of Alexander Litvinenko, who was poisoned on UK soil in 2006 (Chapter 10). None of these groups are assumed to represent the automatic source of justice: all are represented as to some extent self-serving, including a UK government that the authors suggest has acted in its own economic self-interests (p. 243).

Nor are we absolved as readers. The ambivalent admiration/ approbation that the authors direct at wealthy oligarchs mirrors the values western societies have placed upon such measures of status and respectability. It is as much UK society (and to some extent US foreign policy) as Russia's post-Communist politics that are held up to scrutiny.

The book raises legitimate questions over the impact of plutocrats' privileged access to services and resources across all social strata. The factoids are often interesting in themselves. We read, for example, that the children of Russian immigrants have accounted for an increasing number places at private schools (from 3 per-cent in 1994 to 20 per-cent in 1999: p. 165); and that London became the world’s most expensive city to live in 2007 partly due to the inflationary effects of Russian oligarchs' spending (pp. 141-2; p. 350). The intersections between ethnicity and class is something the book never entirely satisfactorily handles. In side-stepping the issue, the book leaves opaque the basis for fair access to such social resources as schooling and housing.

Despite Londongrad’s flaws, Hollingsworth and Lansley raise legitimate questions about the place of international economic regulation and the impact of an emergent plutocracy within the UK’s capital. The real-life 'Go West' explored in Londongrad is just one aspect of this. The question that again returned to me after reading this book was: whose job should it be to oversee the fair distribution of nationally-controlled natural resources?

[1] Such idealism was absent in the Pet Shop Boys later song, Love etc... released in 2009, after the global financial crisis (and at the same time as Londongrad). Rather than hope for a new life, the song’s lyrics cautioned that ‘Too much of anything / Is never enough’ - a couplet that could just as easily have provided the subtitle for Hollingsworth and Lansley's book.

These are the key themes explored at a one-day conference organised by the University of Kent. The event will be held at NCVO on Friday 1 March 2012.

The call for papers runs until Friday 30 November. 300 word abstracts can be sent to Dr Emily Robinson at E.A.Robinson@kent.ac.uk 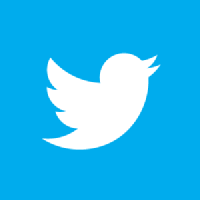 Share your research insights and help our us to develop questions to explore as a group... both within Warwick's research community and beyond.

Social Justice covers a huge area, so over the next few months we will be targeting our attentions at those topics that most interest you as researchers.

And don't forget you can contribute to our blog and comment here too!

What does Social Justice Mean to You?

Dambisa Moyo, Dead Aid: Why Aid is Not Working and How There is Another Way for Africa (London, New York and Toronto: Penguin, 2010) 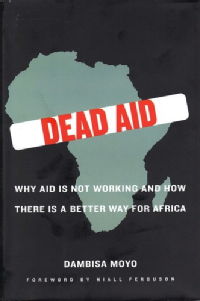 In Dead Aid, Dambisa Moyo proposes that western aid has singularly failed to promote development in Africa. Indeed, she goes further and suggests that indiscriminate aid-giving since the 1940s may have actively worsened poverty levels on the continent, in stark contrast to the development seen in much of Asia. Far from helping to alleviate poverty, Moyo (herself the daughter of Zambian parents) argues with palpable anger that aid has ‘hindered good governance’ (p. 143). According to Moyo ‘the problem with aid is not benign – it’s malignant’ (p. 47).

The malignancy of western aid is presented in Dead Aid as at once political and economic. The relationship between aid inflows and governmental corruption in Africa received particular attention. It is suggested that figures like Zimbabwe’s Robert Mugabe have survived so long precisely because foreign aid receipts have provided opportunities for misappropriation (pp. 146-147). Moyo directly links indiscriminate aid flows with political corruption and weakened economic systems.

Without appropriate conditionalities to ensure aid has been properly spent and distributed, Moyo suggests it has tended to worsen social inequality and direct energies away from innovative domestic social policy and locally-funded entrepreneurship (pp. 50-68). The systemic problems Moyo identifies are not restricted solely to Africa. The organisational imperative amongst aid organisations to ‘spend up’ their budgets also comes in for criticism (pp. 54-56). So too, Dead Aid sees vested trade interests that serve to marginalise Africa (pp. 114-125).

It is a shame that key statistics used to support the analysis lack suitable references. In one case, Moyo asserts (without any footnote) that poverty in Africa rose from 11% in 1970 to 66% in 1998 (p. 47).[1] In another instance she refers to the World Bank’s estimation that <c.85 per-cent of aid was used for another purpose than originally intended. These data potentially support her arguments that aid has had negligible (even negative) consequences for African standards of living and has been widely misdirected. Without the crucial citations, however, it is frustratingly difficult to verify Moyo’s claims.

Nevertheless, the importance of the book perhaps lies in its sustained analysis of the relationship between aid and renewal in Africa. The comparison between relatively successful Botswana and less prosperous and more heavily aid-dependent sub-Saharan states provides one example. As with the contrast drawn between south-east Asia and Africa, the local case of Botswana provides at least circumstantial evidence of how lower rates of aid investment might lead to higher rates of native-led development.

Moreover, Moyo’s critique is a constructive one. The second half of the book concentrates upon alternatives to the current aid regime. These notably include the Chinese model of Foreign Direct Investment (FDI), which provides infrastructural financing. China’s increasing influence is itself taken as evidence that high levels African aid has stymied growth in comparison with the more business-led approach of south-east Asia. Other routes to African prosperity raised in Dead Aid centre on micro-financing (e.g., Grameen Bank), increased trade and national bond issues. Such proposals perhaps reflect Moyo’s background in academic economics, as a one-time consultant to the World Bank.

What insights does your research (in whatever discipline) cast upon Dambisa Moyo’s arguments in Dead Aid?

Does your research suggest that aid has improved or impeded development in Africa?

How to Finance Global Development?: The 2012 World Economic & Social Survey (1) What are the best methods of innovative global development financing?

(2) What processes are needed to ensure appropriate allocation of resources?

Among the methods considered are an extension of carbon taxation, financial transaction taxes, levies and leveraging. Regardless of the approach taken, the report concludes that 'in all cases, the allocation of revenues for development would require a separate political agreement'. An overview of the report can be read as a PDFas part of the UN's policy documents.

Has your research touched on similar questions? If so, what insights have you reached? And what related questions do you think need to be considered?