I had been food shopping in over a week, I've barely had time, so I had to bite the bullet and go. I had heard rumours of a Morrison's not far from my residence, so after some brief but fruitful internet based research I set off for the aforementioned supermarket.

Seventeen kilo's of shopping later and my cupboard (pictured) and fridge (not pictured) were fully stocked, and best of all Morrison's fresh bread is great, "the tastiest by far!" 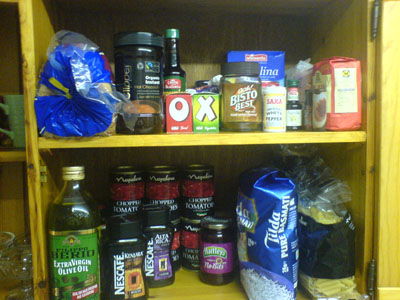 Again a rather superficially deep blog entry by Steven. 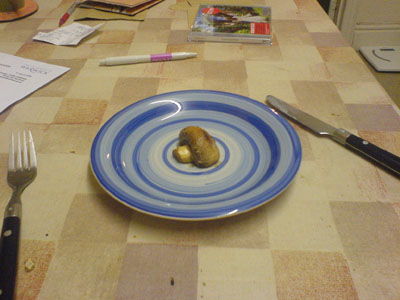