Run for it Marty! 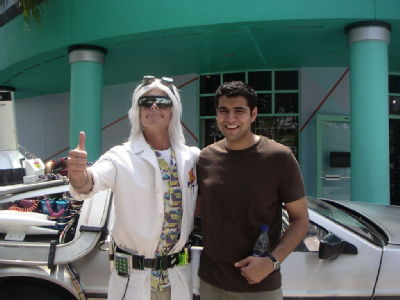 that was all this Doc Brown lookalike could say when I cornered him on one of the sunny days of my holiday in America.

I recommend Universal Studios theme park to any fan of back to the future its awesome. The first thing I saw entering the theme park summed up americanism to me and almost brought a tear to my eye… 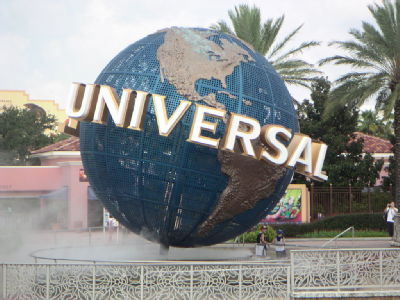 no no no not that….this brought tears to my eye, Check out the mullet on that little one, only in america : ) the mullet industry just like the tabacco one. Get em young.

From the land of opportunity we bring you: The trainers of lost opportunity

Those of you who have read any of the other articles on this blog may realised I have an affinity for my first name. Shak. I like it. Short snappy and too the point….the opposite of me…well I'm a little short…maybe. But I waffel and beat about the George W as much as anyman.

(For those of you who are wondering I'm trying to use George W as slang for the word bush…I don't think it worked that well, I'm picturing a puzzled look on your face)

When I ventured to America this summer I did some crazy things and among them I went trainer shopping. Crazy I know. Here I made a huge mistake. 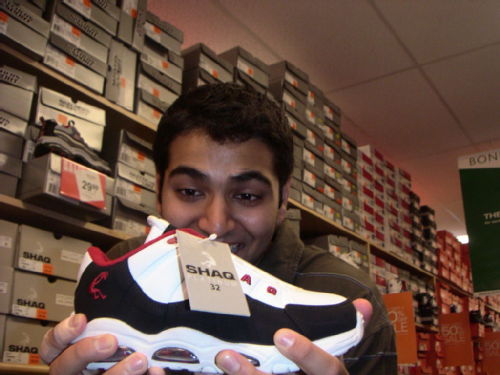 Look how happy I am. Why did my penny pinching nature forbid me to buy these. Damn my CHEAPNESS! I walked away and will forever regret…..

Things that are great about 1984

So I was thinking we all grew up in a pretty funky age. We had cool cartoons and some ace movies. But I decided that it was time to properly document the things that made our age the golden age of growing up. I pity the children of today who will one day grow up and talk about sponge bob square pants instead of ren and stimpy and bob the builder instead of postman pat.

Am I looking on my childhood through rose tinted glasses just as future generations will look upon thier own? perhaps but digimon is a pile of crap whatever you say. And as yet all the CD:UK's in the world will never replace classic saturday morning tv.

I only need to say two things…. the racoons and Going Live!

Right on with the listing…

Also I'm happy to present thanks to a comment leaver known only as "splinter" a link to a fansite of the teenage mutant hero turtles, which began in…yes you guessed it 1984. Check out this website if you're a fan you'll love it.

I started off this article with a lot of steam and now I seemed to have run out. I know there are many things that make 1984 great but I just cant find them all. If you think of any let me know.

Enjoy the remenicing until you then realise….you've become old. At least you still have your hair and your original teeth….probably.

The actions of Daniel Shakhmundes

This young fellow has done me a favour.

You may have noticed that for a very long time my blog has remained dormant. And not "oh we all live at the foot of a volcano" dormant that the villiage people are happy about…it's the other kind. To the point! Daniel Shakhmundes (kudos for the very cool surname) recently added a comment on my "further comment" listing.

He tells a tail of how he was googling the short form of his last name and fell upon my beard articles and this site. He has now been encouraged to begin blogging about beards and link back to my site.

I've decided that I will blog again! and now I've started with this entry to leave it empty in the future would make me look very silly indeed so I better get the ranting done on a regular basis.

Until I grow facial hair! or find a dissapointing cereal box toy goodbye.

Follow-up to Is Batman Begins really all its cracked up to be??? from Shak's blog 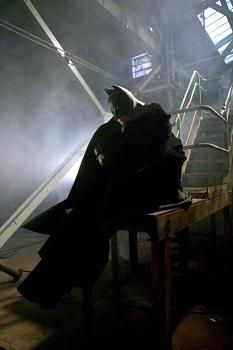 look how friggin cool he looks.

Is Batman Begins really all its cracked up to be???

I was standing in Sainsbury yesterday when I stared down at the next item on my list. It read cereal.

I decided to continue as if unperturbed by the fact that I was going to have to make a breakfast meal orientated decision. I instinctively reached for the weetabix, my safe haven in a world of uber healthy bran related options and artificial sugar enriched krusty  o type cereals. But just then something caught my eye

Kelloggs cornflakes, and today they came with reinforcements. A free toy. Those cunning bastards. A lightsaber puzzle. My mind flashbacked to the adverttony the tiger saying good enough to test a jedis skills theyre grrrrrrrrrrrrreat how could I resist.

This was not so. The second area of dissapointment is that the toy in itself is rubbish. Maybe its just the human condition, grass is greener syndrome. I've been known on many occasion to ruin a perfectly good pack of cereal by ripping it apart in search of the cheap plastic toy inside. Why should I be annoyed when the toy is presented to me on a silver platter…..I just love the chase.

Well today I learnt my lesson.

oh and tony…..they are not great…..not great at all (shakes head solemnly)

over active…what with all the squash

A few friends of mine have been partaking in the seemingly grown up game of squash, and I, with my usual lathargy rebelled against it and denied it was any good at all and that they were making a fuss over nothing. Well I've done it. I've jumped on the squash playing band wagon. And I have to say its good.

At first I thought it would be easy just smack a little black ball over a line and hit is anywhere on a wall how could it go wrong. I even toyed with the idea of giving some blood before playing squash and then going to a tae kwon do class in the evening.

I am glad I aborted this insanity early on. The squash was knackering even though I played it for a shamefully short period of time. Its a fun game with running and hitting and serving and running and slamming your body into the wall and running and drinking lucozade to make yourself feel cool and like your a sporty type….oh and if you're lucky a little running may be involved.

Oh no! My day isn't over yet…my jet set high profile gogogogo life doesn't stop there I then went on a magical journey to cryfield for a nice easy welcome back from easter session of TaeKwonDo…..this was not the case. As I am now in the next level of the class my relaxing hour of training is a 2 hour session of Tae Kwon Do madness. I am tired beyond words.

Think I'll still be going back next week…...

well thats my little rant about actually going out into the world and exercising a bit. I recommend it to people great and small.

The modern age man, are there limits?

In what some people laughingly refer to as the "good ol days" where a nagging hysterical woman could be told to pull her self together with a firm pat on the cheek many men had no input into their own childrens upbringing. This was left to the women while man, the provider, went out to work.

Todays roles are changing and men and women are becoming one combined gender goo….pardon the imagery. I approve, the roles should be equal however there are other things to consider and so I can now lead on to my point.

On two seperate occasions in two seperate places, one town and one city, I have seen something that has made me wish for the good old days. On these two occasions I was at a public urinal…the toilet, mans modern day castle, a dark dank hole aways from the worries of the world. I began to urinate, as is the custom and let my eyes wonder down. I spot a foriegn object in my peripheral vision…something that doesn't belong…I quickly glance left.

A small girl is watching me urinate.

What do I do? do I zip up half tank and run away? do I angle myself? and this has happened because a young modern father has decided to take his little girl out to town to visit the shops. He too needed to releave himself and was faced with the decision….do I leave my daughter outside unprotected or bring her in to watch strange men urinate next to me?