The University of Warwick: a massive contradiction! 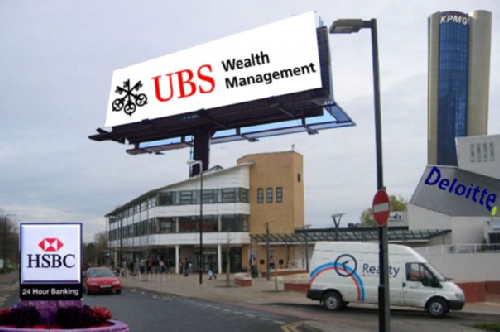 How can we take this University seriously?

This blog is all about life as a student at the University of Warwick. I'm currently sitting in the Learning Grid, a bleak dystopian future with reeks of the 'panopticon'. It grants you an illusion of freedom. Or, it's a 24/7 place with desks, light, vending machines, computers, TVs, funky design etc. where one can study.

Now the thing about the University of Warwick, for me, is that it is (nearly) everything a University should be about. University is about the perception of freedom. Space and time to think. Some degree of community. Students shouting, swearing, singing, shagging and generally being annoying. I was not sold by the advances of LSE, UCL and anything remotely near London, when I was choosing a university. Firstly, it's too close to home, and when home is Slough, I think you'll understand my need to get away from it all. London is cool and busy and fun, but to me, a university where all your old school friends are still there, where everyone disperses after lectures, where its a long meaningless trudge to some crappy halls etc. is not a university.

I'm a student. I don't live by the rules. I do (to some extent) what I want when I want. If I want to sleep in the middle of the day because I'm bored with revision, I can (and do). If I want to do an all nighter and go without sleep with a day, and revise journal articles at 4am, even though my laptop recently died, I can. The University has computers available 24/7 and there is a possibility of actually getting on a computer (they do have quite a few). You can study in the library, the Learning Grid, empty seminar rooms, fields, bushes, the Student's Union, behind the bike sheds, in the Business School, anywhere you like. If you want your own office, you can. Just ask. There is an office in Warwick Business School that is bigger than the offices of most academics. It's for student society use, but I'm the only one who really uses it. The Resources Room in the Student's Union is great. In evenings, it's (relatively) empty, you can use several computers at once, you can print, scan, make phone calls, laminate, fax, generally do what you want. I revise and work in there, rather than the library, where as soon as you sit down, you have to get up and go down 2 floors for the toilets or 5 floors for some food. Though it's meant to be used only for student society work.

- There is the Resources Room in the Union. Woefully underused in the evenings, yet I get told to leave at 11.15pm because the Union steward says 'it's time to lock up'. I then say that last Saturday I was in the Room until 1.47am. The steward (just another student) basically implies that he is just doing his job. I then say that I like to revise in here. The steward toes the party line and says that it shouldn't be used for personal use and reminds me not to print for personal use (I don't actually). I say that I do student society stuff and revision at the same time. After all, I see no conflict or division between the two. Why are the 'academic' and the 'practical' seen as separate?

- http://www.sunion.warwick.ac.uk/portal/charitycollections/ Does anyone follow the code? How is it monitored? How are agents kept accountable? Or not? Apparently, if a society does not follow it, there may be disciplinary procedure. Why may? What criteria are used? (It's my Union, I want to know!)

- The same goes for student society equal opportunities policy. Is it followed? Are there equal opportunities? When I see people dancing, singing (very badly), shouting, screaming and generally playing around in the Student's Union's administrative building (one of largest of any Students' Union in Europe), I can't take the SU's rules and policies seriously! Especially their stance on Iraq. Coke. Exxon Mobil. Palestine. Some people would tell me that there is a serious side and fun side to the Student's Union (something like "work hard, play hard") so that's why it all makes sense. But why this division? After all, I see no conflict or division between the two. Why are the 'serious' and the fun seen as separate? The 'public' and the 'private', for that matter? 'Work' and 'home'?

www.sunion.warwick.ac.uk (Sports Fed Ball is a over a hundred ticket sales down on last year, and the Union budgets to break even on selling out on this event, so help them by buying a ticket!!!).

[Above image Copyright a fellow Warwick student, not me. Happy to formally acknowledge this academic debt, with express permission of creator]. 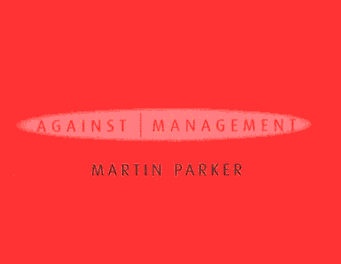 I love this blurb. What I like about it particularly is the quote from Christopher Grey. He is a distinguished academic, former director of programmes at the Judge Business School at Cambridge University who thinks for some reason that it might be an upward career move to come to Warwick Business School (which he did at the start of April 2007).

- "I really enjoyed this book" (I couldn't agree more, I tried to enjoy it)

- "It is provocative" (definitely, it seems to think that managers are a waste of time and that there is no point in managing)

- "It is scholarly..." (true, everything is very well referenced)

- "...in a positive way" (nothing wrong with producing evidence to backup your assertions, and Parker even references stupid things for amusement purposes only)

- "It is extraordinarily well written" (if you read it, you'd have to give it some credit)

- "lucid..." (presumably Parker is trying to illuminate some issue in this book, probably by sticking a light bulb behind it and seeing if anyone notices)

- "...as well as witty" (Parker doesn't take himself or his subject too seriously).

"Against Management" by Martin Parker is one of my most favourite books. I don't really read many books, I mainly skim though them and pretend that I know what the author is trying to say. I read "Against Management" once and hated it. As you can see the blurb says that it suggests some new ways of organising: "it opens up the possibility of non-managerial alternatives". I got over-excited and thought he was gonna suggest something really radical. In the end, he just suggested co-ops.

But then I re-read it. I dipped in and out of it. I made no attempt to interpret it in the way that Parker thought was best. And I bet he loves that.

This book is full of witty gems about a life that everyone of us (or everyone I know, given that I am white, middle-class and live in the UK) leads. It's time we stopped just joking about work, or thinking that the company we work for is going crazy, or that our boss is stupid or that that car mechanic is actually evil or that McDonalds isn't 'high' culture. We should just plain accept it. And love it. And celebrate it.