On How It Is

To clarify for those lucky people not doing this module: Doppler blood flow is a subsection of Ultrasound, a topic from Physics in Medicine which, knowing my luck, will be on the exam. The notes on it make absolutely no sense.

This is an incredibly addictive paddle game (like pong but much more fun).
Right click on the link, save, then open in your browser. If you don't fancy revising any time in the next few hours…

What, exactly, is the point?

How am I supposed to cash this with a straight face?

I'm obviously just in that kind of mood today. Noticed this when leaning too far back on my chair whilst looking over my shoulder – I decidedly odd thing to be doing. 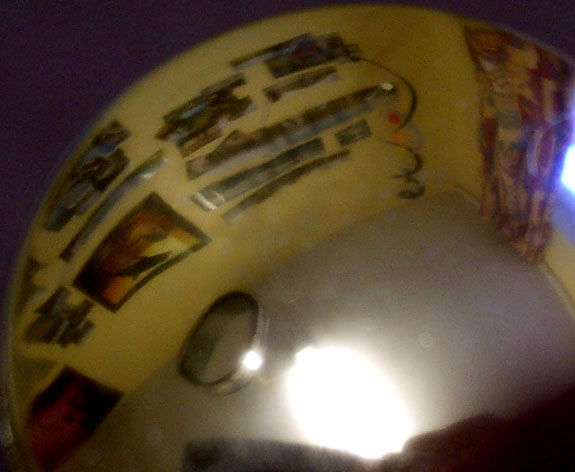 Caught by the breeze, held in the moment. It captured my attention.
Not a particularly well composed picture, but I had to take it all the same. 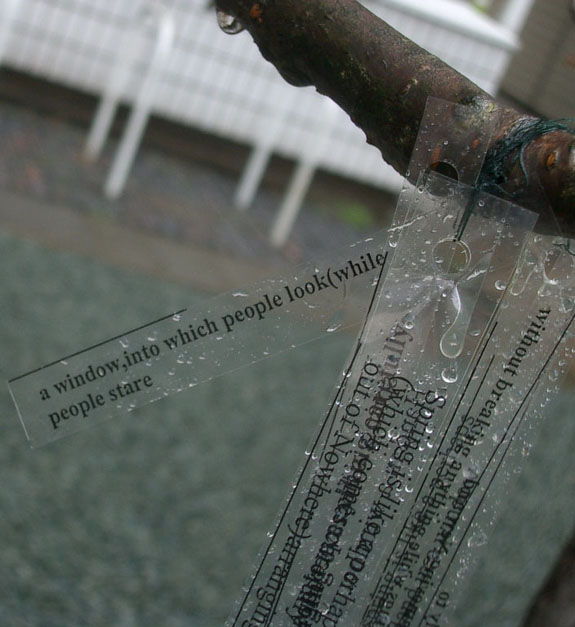 Someone please stop the geekery!

So in summary, our lecturer is a level 15 dark mage who has cast Contextually Challenged Notes (drains 10 from INT score, induces fatigue and level-drain/reduce XP) on us, leaving us competely unprepared for and defenceless against the next boss - The Exam of Death - a level 20 demon dual-wielding the deadly Questions of Extreme Difficulty+5 (cast on strike: Fear and Horror for 30 minutes, no save).
In short, we are doomed to a long, painful and gruesome death, and will never recieve the Robes of Graduation (+3 bonus to INT) that we were promised as a reward for completing this quest. I want to take some time out and gain some XP through side-quests, but unfortunately I'm all out of Time Stop spells.

The Fires of Hell

Well it looks like I've had a few days off, mainly because I was cast into Hell by an avenging lecturer, via the spell of Contextually Challenged Notes (drains 10 from INT score, induces fatigue and level-drains you to the point where you have negative XP), and then the more conventional method of Gate and throwing my now sleeping form through it.

Anyway, I have returned, and to prove my word is true, here is what the sky looks like in Hell: 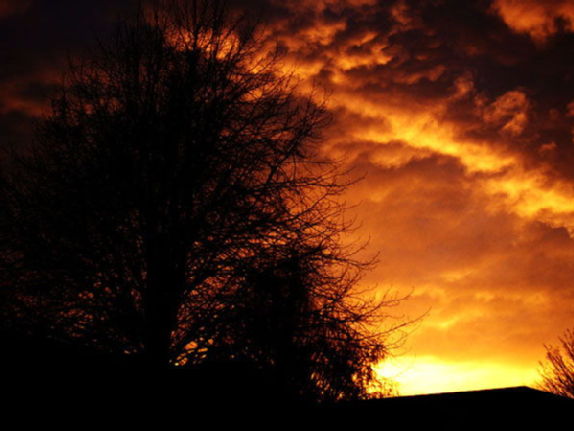 It boils I tell you…

Anyway, that was a very convoluted way of getting a nice picture, a bit of RPG geekery and a revision rant into a short post, but I think I managed it.

Back to beating my head into a pulp against whatever hard surface is most handy. Does anyone know a contract killer?

In a press conference today, Electronic Arts announced that they would be closing their marketing branch. A spokesman said "It's for the good of gamers all over the world. We want them to be able to make up their own minds about what they want to buy, rather than forcing our products on them through brain-washing. We feel that this move will increase competitiveness in the gaming industry, and the quality of all games will improve because of it."

Oh what's the point. It's after 12 and I'm just depressing myself now.