Back in the day, computer games were simple. They generally involved pressing a maximum of 6 buttons, and maybe moving the mouse a bit. They were innovative, and more importantly they were fun. I remember with great fondness the classics of Worms and Lemmings – the opposite poles of wanton destruction and benevolent rescue – where enjoyment (only occasionally mixed with frustrated screams of "Dig you little blue and green bastard!") was the only aim. The graphics are terrible, the sound comically bad, and yet the entertainment they provide keeps you coming back, even all these years later.

However, things have changed since those early times. Games became much more popular, and suddenly greater substance was required – storylines and audiovisual advancement started to take priority. This was perfectly fine until the point when designers seemed to have forgotten why it was that they made games in the first place. Since that day we have seen a mind-numbing sequence of sci-fi first person shooters, demon-summoning RGPs, and baby-oil coated racing games, with very little in the way of interesting originality.

It is into this arena of generic saturation that Darwinia finds itself thrust, to be joyfully embraced by anyone looking for a different gaming experience which harks back to those simpler times. Darwinia is nostalgia at its best – from the techno played during the intro (last heard in Lotus Turbo Challenge 3, if I remember correctly) to the graphics, mixing old and blocky creatures with much newer-looking landscapes to create a wonderfully stylised world, to challenges and satisfaction of the gameplay itself.

Notice I didnt mention anything about a story – there is one, but it is peripheral to the games enjoyment. A virus has taken control of an online theme-park, populated by AI creatures known as Darwinia. You, with the help of the theme-parks designer, must take control of a number of programs – engineers, squads (soldiers) and so on, and progress through the various areas on the park, completing tasks to bring it back online and destroying the virus in the process. It doesnt sound particularly amazing but, as already stated, this game is much more about enjoyment than plot development. Squads are controlled by mouse clicks – left to move, right to fire, and both at once to use their heavy weapon, rather like in Cannon Fodder. The Darwinia themselves are rather harder to control, as they are individuals programmed to ignore outside interference. They can, however, be converted into Officers, who then shepherd the other Darwinia to locations of your choosing. Indeed, shepherd is a good description, as the Darwinia have a tendency to wander off or get stuck, due to the games only noticeable flaw – the total lack of pathfinding. However, this doesnt matter all that much, as almost everything in the game is expendable – programs can be destroyed and recreated (by simple mouse gestures) and more Darwinia can be born through a process of killing a virus entity, then getting an Engineer to collect its soul, and bring it back to an incubator for conversion. None of which makes much sense, but then it doesnt need to – all such details are superficial and the actual enjoyment comes from studying each level, deciding your tactics, and successfully implementing them.

While there are only ten levels, Darwinia is challenging enough not to seem short, and as you progress the problems presented change repeatedly, insuring that you wont get bored. Starting with a simple squad versus virus mission, Darwinia cranks up the difficulty, confronting you with tougher viruses (in the form of caterpillars and spiders), the extermination of an ant colony – particularly difficult as the ants collect souls, allowing them to respawn – and an army of evil Darwinia, corrupted by the virus. Along the way there are also research programmes to collect and upgrade, increasing the number of units in your squads, the range of their weapons, and so on, so you should always be able to overcome these challenges, given a sufficient amount of tactical creative thinking.

Darwinia is a game written by gamers for gamers. It is not perfect – it crashed a number of times, losing some progress as it did so, but it is easy to get into, enjoyable to play, and much easier to experience than to describe. Which is exactly what I suggest you do.

Thought for the day

The word "revise" is a misnomer. It implies that I've already learned the subject, and what I am doing is merely reminding myself of it. This is not true, so what I am actually doing should be called "vising".

Also, the more work I do, the more I blog, as a way of taking a break. Expect multiple posts per day from now until June :-S

And so it begins… 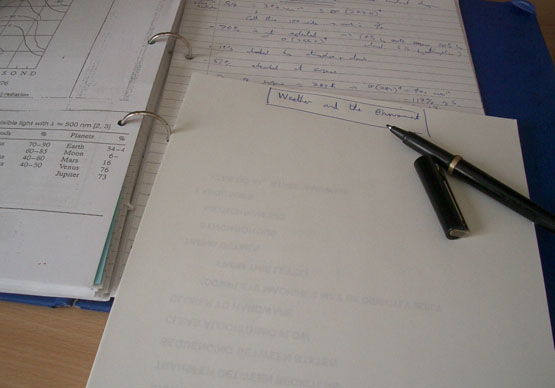