If you walk from Claycroft towards the university, you could hardly miss a big marquee infront of the maths building. I have not really checked the events organised by the Christian Union. I finally did today and gosh I’ve missed a lot.

Please take a look at this URL and see if you would be interested to see what is going on!!! LINK

If you are not satisfied with what life is at the moment, come and have a good discussion with people who find satisfaction in God. We are all not perfect but lets learn from each other.

A furious squall came up, and the waves broke over the boat, so that it was nearly swamped. Jesus was in the stern, sleeping on a cushion. The disciples woke him and said to him, ‘Teacher, don’t you care if we drown?’ He got up, rebuked the wind and said to the waves, ‘Quiet! Be still!’ Then the wind died down and it was completely calm. He said to his disciples, ‘Why are you so afraid? Do you still have no faith?’ They were terrified and asked each other, ‘Who is this? Even the wind and the waves obey him!’ Mark 4:37-41 NIV

Last night’s cellgroup at church was fantastic. Great times with mates and discussing issues. I’ve not joined the group for a long time. But I’m so glad that I decided to go last nite. So inspired and blessed after the meeting. My landlord drove me to church which was a blessing in itself. We talked about church, etc. It was absolutely cool that he said that he’s not surprise that I’m a Christian. I take that as a compliment. He told me that he did Theology at uni. I’m impressed.

I’ve got so many friends from different cultural and religious background. We all respect each other and understand each other’s beliefs. I think understanding is very important and to accept another as they are. We do talk about our beliefs but we don’t impose on another. I believe it is healthy to have a friendly discussion on the belief systems. Not only you would understand more about where the other person is coming from, you would also respect everyone else around you more. No one is perfect. We are all fallible. Life is not a bed of roses but believing in God has helped me to go through all the situations in my life with confidence.

After Davina made the announcement to the house, a tearful Shilpa was hugged by Jermaine, who told Shilpa before leaving: “Kindness is your strength.”

The crowd – despite an earlier comment from Davina who was clearly aghast at the crowd booing a Big Brother winner after earlier boos at the mention of Shilpa’s name – were heard to boo once more as Davina told Shilpa that the house door was unlocked.

Upon leaving the house, a mix of “Shilpa, Shilpa” chants, boos and applause were audible over the fireworks.

Shilpa won CBB this year. The way she handled such difficult situations in the house amazes me. Dignified, kind and elegant. Some people booed and it’s worrying to know that there’re some people out there who do not approve of how dignified she has been on the show. Maybe they were a bit angry at this beauty for uncovering some of their sentiments on national tv. I’m sure there are so many Jades, Jos and Danielles out there. A friend complain to me that he hoped Shilpa won’t win because of all this race issue. I guess it has striked a chord somewhere ahem But she so deserved it. She has really shone through her ordeal.

I do wish that people can be less rude at least. Too much swearing. Too much agro. It’s interesting that Gordon Brown advised Britishness to be taught in school. I don’t think you can learn it. I used to associate “class” with “being British”. Well i was naive… i guess progress in science and technology doesn’t promise the preservation of class. It’s almost embarrassing to witness how some of the younger generations in this country can be so bitterly angry all the time. For instance a teenage mother swearing at her baby while puffing cigarette smoke to the baby’s face. And still people make comments about how the developing countries are less civilised. At least family value is still preserved where respect is the most important element. I hate to think that the opposite is the impression that people would get of Britain.

I sometimes wonder if to be emotionally detached from family back home is healthy. I’ve not had any problem adjusting in different environments but I do feel the need to recharge by being in the company of my family. I so do miss the company. However, I totally love my independence. All the missings will make me grow closer to my siblings, I suppose. My sister sent me the latest pics of her kids yesterday. I’ve met the eldest one, Victoria, when she was still a baby. That was Christmas in 2000. I’m yet to meet Andrew and Joseph in person. I’ll see if ive got enough dosh this year to travel to the states. Andrew looks more Bidayuh than mix-race. Joseph has down syndrom but he has been such a lovely baby. I’m sure with all the social support and the love he’s getting, he will be able to as healthy as other kids his age. Victoria has grown to be such a pretty young lady. I’m sure if she would have had the company of my another niece, Claire, they would be like bestfriends and all. Like Victoria, Claire is the only girl. She has the priviledge to be spoilt by her aunt and uncle (yours trully) since she’s in Malaysia. 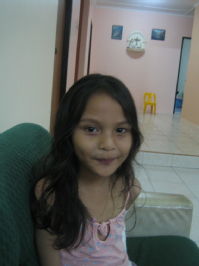 Her brothers Kiwan, Kinua and Ethan are each quite a character. Good to see that they are all so different. Kiwan, the bookworm and artist. Kinua, the more sportive and energetic, Ethan , still trying to find his forte but is quite a chatterbox. 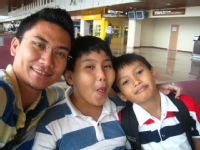 Ah well, they are growing very fast. By this time next year, Kiwan might be as tall as me haha. Anyway, I’ve got to sacrifice such comfort in being with my family to fulfil my dreams.

My sister in the states sent me her mug shot a few days ago and seriously we look so alike, especially when I had long hair. But of course, my sister is prettier lol 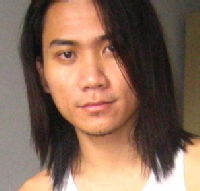 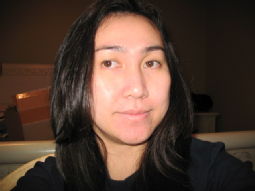 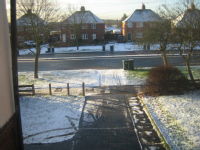 It was spitting snow last night when I left Wingwah restaurant (which was absolutely fab!!!). I was excited with the prospect of having a nice snow white morning the next day… at last. It’s nice to see snow again. It makes enduring the freezing weather worth the while. Bring it on!!!

I sincerely hope that Jade would turn the whole nasty event around. As horrible it was a few days ago, she deserves to be forgiven. Put it as lesson learnt.

I’ve not written any specific things about my research. I believe that I have to keep it safe from public access for the time being. Enough to say that one breakthrough leads to another. By the grace of God I hope to achieve major breakthroughs soon.

Currently revamping the paper/journal that I wrote last year. I believe that it’s much better now that the argument flow is smoother. Hope to complete it by Tuesday next week. Hope to hear what Vinesh would think of it. Other things to do:

Producers budged in for the money

Strange things are happening in BB as we speak. It started off with Danielle looking so uncomfortable in the Diary Room after being asked about her statement after the OXO cube blow up. She suddently talked about how nasty she has been (Unconvincingly). Then Danielle reconciliation with Shilpa in the bathroom (very uncomfortable). And today Shilpa statements sent out to the public saying that there was no racism in the house.And it sounded like a desperate attempt to stop whatever is happening in the outside world. And now Jo and Danielle is (unconvincing) trying to make sure that Shilpa is alright. In tonight’s show, Jade had also suddenly talked about she was not racist, etc. Then Jo and Danielle made an unconvincing discussion about how Shilpa meant well, etc. Hmm Dodgy.

I believe that they have all been informed of what impact they have made to the outside world. And at the end of the day, the producers will be laughing their way to the bank. No conscience at all?

Racism or ignorance, no one should be treated in that manner. Asking people if they lived in a shack or a house in an argument is beyond rudeness. Referring to someone as “the indian”, etc is unacceptable. She has a name. Glad that she chose to rise above it and refused to stoop to their level. Jade has lost my respect and Jo… I’m surprised!! And talking about how asians eat with their hands!! Yes we do!