My favourite Darren and Lana were amazing in their first dance tonight. The managed to get 36 points. Last week, they forked out 38, the best ever point!! I do hope that they will win it. But it all depends on the public vote. Please please vote for them haha :)

The sermon at church today was on forgiveness. It is indeed the very root to happiness. It seems like a perfect idea until you need to forgive. But once you stop dwelling in the hurt and quit reliving the pain, you can choose to forgive and move on. Jesus said on the cross "Father forgive them for they do not know what they do…". Forgiveness brings peace. You might not forget but it will denote a new lease of life. If we expect God to forgive our own iniquities, we have to forgive others.

If you think Crazy would be his only hit… he's back with another catchy tune: Boggie Monster. Its so amazing that Crazy is still on the top of the UK chart. Talent… talent… talent and creativity yes!! Watching him on Top of the Pop now..wow he's amazinggggggg… his vocal performance is fantastic!!!! He's doing a military–funeral version of the song… very very good!!! His break into the music industry reminds me of when Daniel Bedingfield rocked the chart with Gonna get through this. Fabulous!!!

Oh by the way, what has happened to Robbie Williams… his new songs are not as big as his previous ones. But I do like his new single: sinners… rather eccentric sounding but cool…

I never thought that 2006 will have another refreshing pop masterpiece after Corrine's Put the record on!! The lyric is quite clever… the tune is very different from what I've heard before. The single is not out in the UK yet i think… I heard it on the radio for the first time ever today.

Apparently this single was released in 2005 and it was unheard of. Now its back and it will chart in the top 5!!!!

The girl that webcast from her basement in Tooting to thousands of people across the globe now releases her debut single ‘I wish I was a punk rocker (with flowers in my hair)’. Too broke to go on the road, 24 year old singer/songwriter Sandi Thom decided to set up a webcam in her South London flat and staged a three week world tour from the basement. She spread the word about the ‘21 Nights from Tooting’ tour via Myspace.com and her own site, inviting fans to watch the tour live on the web or in person at the very modest underground venue of her basement. Pulling in an audience of 70 on the first night, news of the gigs spread like wildfire on the internet and by the end of the ‘tour’ she had 100,000 web viewers from as far afield as Russia, the USA and Pakistan.

Drawing on a musical palette that varies from Bob Dylan and Jeff Buckley through Carole King and Stevie Nicks to Stevie Wonder and Aretha Franklin, Sandi Thom joins the dots between black and white music. The album Smile It Confuses People seamlessly blends folk and soul strains and influences

Well, I didn't get to the finals but I was awarded High Commendation (one of the the other 48 awarded out of 2000 entries). I've just received the certificate and book vouchers. Not bad :) Bored at home.. just got back from church. Went shopping, had lunch, the usuals… I decided to rearrange my bed and ive got myself a duvet cover :P. Not that anyone would care but here are the photos of the new arrangement. 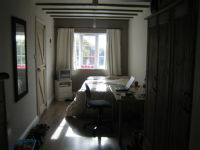 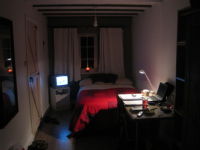 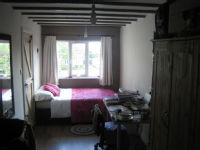 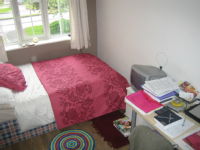 David praised the LORD in the presence of the whole assembly, saying, 'Praise be to you, O LORD, God of our father Israel, from everlasting to everlasting. Yours, O LORD, is the greatness and the power and the glory and the majesty and the splendor, for everything in heaven and earth is yours. Yours, O LORD, is the kingdom; you are exalted as head over all. 1 Chronicles 29:10–11 NIV

Anyone else going to Elim Pentecostal???