While we are on this subject…

Follow-up to Ballooning from Counting blessings

Types of Fart taken from http://www.swapmeetdave.com/Humor/Farts.htm

Note: Before you ask. NO I didn’t deliberately research on it LOL I needed a funny photo for my previous entry when I found this. I thought it is hillarious LOL

Beefy One. Sounds loud and butch, e.g., ‘BRAAAMMPPP!’ Smells like a cross between a decaying meadow muffin on a hot day and a fresh dog-turd.

Eggy. Smells very much like rotten eggs (or hydrogen sulfide). A powerful odor which tends to put people off lunch. Often rips out in the fashion of a Bunbuster

Bunbuster. ‘BRAAAP!’ Sounds something like a Beefy One, except much more sudden and much more powerful. May smell either eggy or beefy. Leaves your asshole smarting. You really feel these babies.

Ripper. Sends seismic ripples to the next town. Rips the seams in the crotch of your pants. This fart genuinely hurts, and you can still feel it 20 minutes later. Anyone sitting nearby may experience hearing loss.

Diesel. Sputters to a start, but then keeps putt-putting along spewing out an endless cloud of dirty, noxious fumes.

Surprise! You didn’t even know that it was there, but suddenly . . . ‘BRRMP!’ Yellow surprise

Gunshot. Sounds just like a gunshot. Unbelievably loud indoors. Hard to believe that this emanates from between your buttocks. Bullet explodes into billions of virulent odor molecules. Gunshot farts are relatively rare but, like guns, very dangerous.

Squeaky. Puny and unsatisfying. Sounds a bit like a muffled ‘Wheeeek,’ but smells foul.

Worrier. The kind that seems to be a fart right up to the point at which you release it. At this stage, matters become less sure, as it feels too solid for comfort. You go to the bathroom and check your underpants at the first possible opportunity.

ToiletPoopie Prelude. It feels like it’s going to be a large beefy one, but out comes a tiny little squeaker fart plus the head of something massive. You tense your buttocks fast, lest you give birth to the brown equivalent of a zeppelin.

Present. The type of fart that seems harmless, but then brings a small poop as a housewarming gift. You shuffle off to the toilet and give thanks you weren’t in a business meeting or job interview when it happened. If you were, you’re screwed.

Fart Smilie SBD (Silent But Deadly). Totally inaudible but somehow causes all the occupants in a room to collapse. Smell is undefined because nasal investigators haven’t had time to analyze the odor before passing out. (This one is also known as SBL: Silent But Lethal and Toxic Assassin.)
Dangerous Gases sign!

GNL (Gambled ‘n’ Lost). You take a gamble that it’s going to be a fart and stay where you are, but tragically come to realize that this is much more than a fart… Next big gamble: do you put your underpants in the laundry basket and hope your wife won’t notice, do you wash ‘em out yourself, or do you throw ‘em away?

Hydrated. The original wet fart, which leaves a mark on your pants and gives you a cold wet sticky sensation when you walk. Try to avoid this one if you’re wearing white trousers.

Not Now Please! You feel the presence of a mighty fart but are unable to release it due to your situation (first date, new customer, important business meeting, etc.). You clench your buttocks together so hard you nearly have a stroke, and wait for the pressure to subside. Success depends upon a number of factors, but in the end you’re probably going to have to face the music (literally). Or you can try the stealth approach (see below).

Who, Me? You let it out as silently as possible and nobody hears it. You discreetly take deep sniffs and smell nothing. You think you got away with it. But 30 seconds later, as if released from a stasis field, everybody starts to cough and splutter. You point to the person next to you and try to look innocent.

Waker-Upper. The first fart of the morning. All that broccoli, beans, and beer you had for dinner last night has decayed and fermented into about 1,000 ml of noxious gas just dying to escape from your rectum. Whether you let go under the covers when you first wake up or hold it until you’re taking your early morning pee, releasing that first fart of the day feels oh, so good and sets the tone for the whole day.

Electrical. Sound like they have some juice in them.

Dutch Oven. A fart you make in bed followed up by holding your partner’s head under the bedclothes so that he/she can get the full effect of it. Good for moving a stalled divorce process along. Very bad early in your marriage. 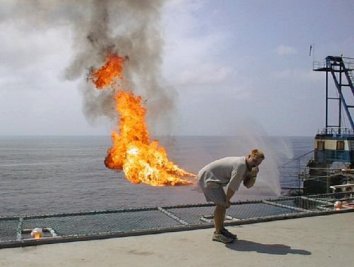 Strange things happen when you least expect them to. Had a wonderful weekend but unfortunately my week started with the most nightmarish indigestion ever in my life. Well, i haven’t a clue why but my stomach was bloated for 2 days. It felt like it was ballooning. It must have been one of the symptoms of my feeling feverish or was it the other way around. Thanks to Edna for her ginger soup. But I do feel sorry for her for being intoxicated by my all-nite constant wind breaking and belging! HAHA It was disgusting, I know but it had to be done. If not she might have to pick me up in pieces when I did finally explode. Hence, the wind breaking was highly recommended and fundamentally desired! LOL It was the worse experience ever. Feeling very much better now thou.

Will be leaving for London on Saturday. I’ve got a big luggage and I do hope that I will excell through the London Underground looking like a tourist who is travelling heavy! Ah well… I can’t wait to go home on Wednesday next week!!! Veryyy sooon!!! Yippeeeeeeee!