Half marathon training – the alternative way

Well I have also gone and done it – that is, committed to this half marathon thingy in the New Forest in September. This should be interesting given that I haven't actually been to the gym for about a month, not to mention the fact that Emily and I think we hallucinated the whole Stratford experience.

Actually I haven't found a stamp yet so it's not too late for me to back out!

Should we have some kind of training schedule or something? I lost the last one. Most importantly, I think, we must eat a lot of flapjack and take lots of rest days. Wouldn't want to overdo it.

Filling in the application form took quite a bit of effort actually. Think I might have to lie down now.

Piranhas are a girl's best friend

A kiss on the hand may be quite continental
But piranhas are a girl's best friend.
A kiss may be grand,
But it won't eat the madman living in your humble flat or swim
Around the laundromat
Men grow cold as girls grow old,
And we all lose our charms in the end.
But square-cut or pear-shape,
These teeth don't lose their shape

There may come a time when a lass needs a lawyer
piranhas are a girl's best friend.
There may be a time when a hard boiled employer
Thinks you're awful swish
but get that fish or forego your wish.

Piranhas are a girl's best friend.

Recently, Shui Jiao has been feeling a little confused about her identity. Shui Jiao the pig is not Chinese, but she has a Chinese name. Her name means water dumpling. But she is not a water dumpling either. She is a pig. This makes Shui Jiao feel rather confused. Furthermore, she lives in a world inhabited by dogz, but she knows that she is not a dog. And now she is changing colour like a chameleon. How perplexing! Poor Shui Jiao!

Shui Jiao decides to take up Zen rock gardening as a means of resolving her indeterminate sense of identity. She feels content when she rakes the sand and arranges the rocks. However, sunflower seeds are not very Zen, though they do provide an important source of food that is both tasty and nutritious.

Shui Jiao the pig likes sunflower seeds very much. But she would also like to awaken her primal consciousness. This is one of lifes conundrums that is difficult to resolve. Shui Jiao thinks she will play with her bouncy ball instead.

Cultivating her garden can wait until another day.

Leonie suggested this might be a fun and profitable way to pass a (not so) lazy Sunday in September:

New Forest Marathon and Half Marathon

Oh and the website says it's 'Probably the most scenic marathon course in the UK' (it also says that it's 'undulating', which is a less appealing adjective, at least from a runner's point of view).

I need to start doing some proper training, as going to the gym once a fortnight and running for 20 minutes does not count.

New laptop may be with me by TOMORROW
Going to Devon in August with Helen, Thomas and Leonie
Had a fairly productive day – wrote focus group discussion guide and read lots of articles – and can vaguely see where dissertation is going
Got a pass with merit on my final quant assignment
Going to run half-marathon number two in September
Il fait du soleil
:-)

…incredibly unlucky when it comes to computers. 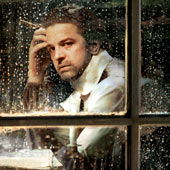 Saw this last night with Anna at the Arts Centre and thought it was just fantastic. I didn't know the play at all until about 4 o'clock yesterday when I sat down and read it in Xananas. I thought that since it was going to be in Russian (thankfully with subtitles) it might be wise to at least figure out the characters and basic plot before I went along.

I found it a little slow-going until the interval (Russian seems to take a hell of a lot longer to speak aloud than the English translation would!), but it certainly succeeded in conveying a sense of the languid and suffocating atmosphere of provincial life, redolent with the characters' secret longings, frustrations and dreams never realised.

Both the first and the third act started with lights up in the main auditorium, with the lovelorn cast wandering listlessly onstage, addressing their soliloquies to the audience and gazing back out at us even whilst speaking to each other, suggesting a dissolution of the division between 'us' and 'them'.

Similarly, the acts themselves flowed together in a way that challenged conventional spatial and temporal parameters, as the actors themselves changed the scenes and moved props around. The simplicity of costumes and sparseness of the set emphasised the cast's superb acting, with actors making effective use of the few props on stage and moving the production beyond the original text outline.

For example, at the end of the second act, when her invalid husband forbade Ylena to play the piano in the middle of the night, she retaliated by using a spoon to create a quirky, obstinate little tune on his medicine bottles, laughing softly to herself before knocking them over like a petulent child. I thought this was a nice touch, simultaneously invoking humour, vitality, despair and desperation.

The online Guardian review of the moment when Vanya discovered the doctor kissing Ylena link sums up this moment perfectly, recalling an awkward and painful situation and encapsulating both its comic and tragic elements:

…the moment is not just great – it is perfectly sublime. Entering with a bunch of roses, a gift for his beloved, Sergei Kurishev's gentle giant of a Vanya is so appalled, embarrassed and shamed to discover her in a passionate clinch with Astrov that he becomes rooted to the spot and tries to hide his huge body behind his own small, dripping bouquet.

At the end of the play, Sonya's passionate speech 'We shall rest! We shall rest!' burst forth with desolation, frustration, sadness and rage, nevertheless retaining a grain of dogged stoicism (which I understand is the conventional interpretation of these lines). As the haystacks that had been ominously suspended over the stage for the duration of the play descended, representing a return to the 'normality' of farmwork and provincial life, we realise that she and Vanya will – and must – continue to endure the unexplained agony of their fate.

I’m really enjoying this week at Leeds. Being part of the project, meeting new people, talking to them about their experiences. I feel useful, engaged and interested. The group is so diverse in terms of skills levels, life experience, situations etc. but it really seems to work well together… they’re supporting each other, offering each other advice and contacts, working in teams. I’ve been keeping a private research diary with some sketchy notes – I didn’t think I knew what I was looking or listening out for (and I still don’t really know) but reading through it now I’ve recalled quite a lot of incidents that didn’t seem that significant at the time. Going to follow up my observations this week with a questionnaire (to everyone including 2nd cohort) and telephone interview with a few.

I feel quite emotionally involved in the project, even though it’s only short, and I know I’m going to feel sad to say goodbye to them tomorrow. I feel like I’ve been teaching, at least in terms of giving quite a lot of myself to the project and the people who are involved. Today we went to the skills centre for talk about volunteer work. Made me realise I should volunteer over the summer – I signed up to WV back in Sept but then everything went a bit wrong that term, and I wasn’t really in a position to offer anything of any value to anyone.

Right then, bed, I can’t stay awake any longer.

These are only rough working objectives and I will no doubt refine them later (I hope so!), but I have to start somewhere, besides blind panic which is all I've managed for the past… 24 years.

Aim: To examine the barriers to employment (perceived and actual) faced by unemployed, middle-aged men. 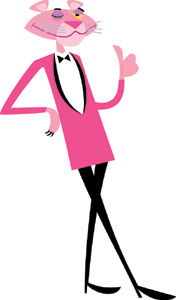 Monday
Have spent the day contending with a herd (collective noun?) of flirtatious panthers. What a set of charmers! So much for being the impartial ‘objective’ researcher… but then we don’t much like positivistic detachment much in Gender Studies anyway (besides which I didn’t flirt back so it’s probably ok).

Took a lot of notes and ran around making photocopies of teaching materials. Jon decided to completely rework the schedule 5 minutes before the session was due to start, which was nice of him, though not entirely unexpected.

We ended up doing an ice-breaker exercise with them in pairs, someone from the Skills Centre talked about utilising university facilities, and Jon did a ‘who am I?’ type skills exercise. In the afternoon Pat talked about the PDP and Larissa did a SWOT analysis with them in small groups, which brought out various issues concerning their position in relation to the current job market – to be explored further in the session tomorrow morning.

I stayed with the group for the whole day, including lunch time, and had a really good day. Felt useful and engaged and worthwhile for a change. Came away with that teaching buzz, something I haven’t felt for over a year, even though I hadn’t even been leading the sessions. Now thinking that maybe I should have applied for PGCE. Ho hum.

I’m not sure that any of the above can really be classified as ‘academic-related’. Furthermore, if this is the kind of rambling that will constitute my (EVIL BASTARD) dissertation, then I’m in serious trouble. Got to write up my notes anyway before I forget everything that sounded vaguely relevant.

*use less fact from http://www.panther.state.fl.us/handbook/natural/vocal.html