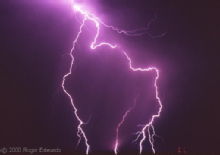 Mmm I like storms, and rain – lashing rain, lots of lashing rain – and the smell of warm tarmac when it's wet, and bouncing raindrops, and thunder and lightning, and running in the rain and wind… yay! how exhilarating! Positively wuthering.

Storms when trying to finish off my first analysis chapter, stop computer from crashing, figure out adobe acrobat, pack, cook, eat, get to train station and catch train to Leonie's (all simultaneously of course) stress me out a little though.

So I will do none of these things, and just appreciate the storm… which has now turned to rain… followed by an eerie sense of stillness.

Also not too sure where I stand on storms and holidays in Devon. Was kind of hoping for sunshine.

Eek! so excited! (I also like the way the lightning picture colour-coordinates with my blog)

Part 1 of masculinities and unemployment chapter

Ben: You cant meet other people, and if you do then you feel as though everyones looking at you, like youre reliant on other peoples charity.
Sam: You cant go to the pub because of lack of money, and that restricts a lot of what you do when youre unemployed.
Philip: Its lack of money, the hardest part.
Sam: Money. Yeah it is.

These men claim that their lack of wage restricts their participation in the public sphere, particularly in the social arena of leisure. As Willott and Griffin (1997) argue, there is an association between traditional masculine identities and belonging in the public rather than the domestic sphere both in terms of waged work and leisure activities such as the pub. Traditionally, the pub has been understood as a crucial site for both the expression and reinforcement of traditional masculinities and gendered consumption (Morgan 1992). Yet employment not only provides the financial means of paying your way in public places such as the pub, but is also viewed as an important site within the public sphere in itself, providing freedom from the private sphere and a potential source of social interaction:

Thomas: The hardest part of being unemployed for me is the reduced social group. The fact that basically, through work, I think our social groups often come out of work.
Philip: I agree. I tend to think that a lot of our social contacts do come out of work. When I worked at [name of company] wed have one or two social events a month. I didnt go to them all the time.
Simon: If youre unemployed you tend to be in a little box on your own. Youre not related to somebody, youre not part of a company, youre not part of a corporation, youre very isolated. Its difficult to find jobs to do when youre unemployed.

Unemployment can thus result in reduced social capital and isolation from life in the public sphere, leading to a reduced sense of purpose and lethargy. While some of the men constructed work as an unpleasant necessity or duty forced upon them, a nine-to-five grind that was necessary to ensure their continued existence, others contested this interpretation by suggesting that work can in fact form an integral part of their identities and provide a source of personal fulfilment or stimulation. The implication here is that there is a direct connection between the type of work that the men do with the types of men that they are, that work provides a means of sustaining and enacting particular values and subjectivities within the domain of public life:

Thomas: I would say work has to be something we passionately care about, and not just a meal ticket. Sure we live in the real world, yes we have our bills to pay, etcetera etcetera But were not working just for that, because weve got to be working for something. Its got to be for ourselves.
Sam: We have a set of needs to fulfil, everybody does, and work plays a part in fulfilling those needs, and creates needs of its own. Whether we view work as a means in itself or as a means to an end.
Ben: That sounds like a nice idea, a utopia. I dont have a problem with that idea. But the reality is sometimes youve got to do a job you dont want to do.

Although this representation of work may only embody an unrealistic utopia in some ways, the trappings of full-time employment are still understood to be infinitely preferable to full-time entrapment within the domestic sphere. This realm is construed as stagnant and dull, offering little in the way of mental stimulation or structure. The lethargy, boredom and reduced motivation understood to result from unrelenting positioning within the domestic sphere contrasts strongly with traditional discourses of working masculinities characterised by vigour, strength, competitiveness and activity. Furthermore, the prospect of recovering these former identities appears bleak while stuck in a domestic rut that offers meagre access to economic and social resources:

Simon: The biggest problem Ive got at home is that my brain has always been active The trouble with all that time is boredom, and when I dont have anything to push myself with my mind spends all its time spinning.
Sam: Yeah, you whiz.
Simon: Thats very very tiring. It also drives people up the bloody wall I dont think Im a stronger person, I think Ive gone backwards my brain doesnt work as quickly cos Ive had nothing to pit it against.
Ben: I agree with you that your motivation diminishes With your motivation, once that drops, you just cant get up  you just go to yourself I cant be bothered. And that reflects on everything.
Simon: Yeah. Everything drops.

Not only is employment understood to be an important anchor for hegemonic masculine identities in terms of making money and escaping the domestic sphere, but it also plays an integral role in the construction and enactment of public masculine identities. The men showed acute awareness of the policing of a judgemental external other who assesses them (you feel as though everyones looking at you), positioning them according to the kind of work in which they engage and enabling them to be recognised as respectable, responsible men. Paid employment is not only a means of accruing cultural capital such as a home or car, but it is a form of cultural capital in itself that may be called upon to reinforce public enactments of masculinities:

Ben: People ask questions about what you do and you cant always answer those questions. Its like you dont exist.
Joe: First thing people ask, to assess you, like where you live, what car you drive.
Thomas: In societys mind your own identity is linked to the professional work youre doing or not doing. People ask who are you? If youre at a party or at a function people will ask you what you do, and so forth.

Unemployment has the dual effect of making them feel invisible like you dont exist and under scrutiny. Although keenly conscious and resentful of this external surveillance and judgement, as they do not necessarily passively accept it, but rather make strenuous efforts to negotiate alternative masculine identities and resist the interpretation that they have been somehow sidelined. Thomas, for example, insists upon a post-modern concept of subjectivity, in which individual identities are slippery, fragmented and multiple, never absolute but rather context-dependent, resisting an essentialist conceptualisation of masculinity:

Thomas: I say, well, it depends which day it is or which head Ive got on, and then I list a whole bunch of, various stuff that Im involved in. You can shut that line of enquiry right off.

Ben and Joe, on the other hand, employ humour to manoeuvre their own social positioning and throw their imagined interrogators off balance, a small act of defiance that provides the means of fighting back against perceived injustice and regaining some self-respect as men in a world that has rendered them and their industrial skills redundant:

Ben: I say Im a pole-dancer.
[laughter]
Joe: I say I live in a bail hostel.
[laughter]
Ben: You should see the faces on them when they ask me what I do and I say pole-dancer and you can see them picturing it, a real vivid picture.

Bens proposed method for contending with external scrutiny contains a strong performative element reminiscent of the exploration of the relationship of men to looking and being looked at in the 1997 film The Full Monty (Cattaneo 1997). Rather than passively accepting the gaze of a society that constructs unemployed masculinities as fragile and uncertain, suspended in a state of subjective uncertainty, he toys with the idea of reasserting his own masculinity as an embodied performative construct, a means of recovering some self-esteem in a world where the nature of work and gender roles have been forever transformed.

Meeting up with Kate and Rammie on Friday was lovely. We caught up with each others news, well to a certain extent anyway, as much as one can in a few hours snatched in a pub in Clapham Junction. Am looking forward to living in London and actually being able to see people again! I have been really bad about making the effort to stay in touch this year – in my mind I still live a good 18 hour flight away from most of my good friends with an 8 hour time difference between us that hinders regular communication (plus I am not a natural phone person) – but things have got to change in that respect. Or rather I have to make them change, otherwise I'm not going to have any friends left soon. 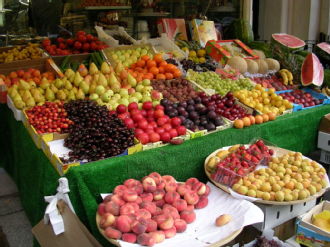 Went to British Library on Sat, got article that I have been desperately trying to find for weeks now. Couldn't face tube so got bus back, which took bloody ages, but at least we discovered some Iranian fruit shops near Hammersmith (I think? …geographical knowledge of London terrible) with beautiful displays of fruit outside, and bought flat peaches and cherries. No Iranian caviar though, but it sounds intriguing.

On Sunday we went for a walk down by t'river and found a washed up canoe near Hammersmith Bridge; tried to pilfer, ahem, rescue it, but a particularly obstinate tree branch thwarted that mission. Ate a lot of cheerios. Yum.

Stayed in London and got some work done mon and tues. Not a lot, but still felt more motivated than I do when I sit and stagnate in my cell, I mean room, on campus. Came back to campus today and had excellent curry night with Anna, XL, and some of anna's friends from creative writing – mike, sarah etc.

Have got to get some work done tomorrow, as driving to Devon Friday for a long weekend for Thomas' belated birthday celebrations, v. much looking forward to it. Feeling sort of contented at the moment, it's nice…

Only problem is now I can't move as still feel stuffed to the gills with curry, and have temporarily lost bed under a sea of interview transcripts and academic textbooks.