Luchino Visconti’s Le Notti bianche is the latest member of that exclusive club of films that have managed to break my little heart. Some might see the idea of a film making a grown man (well, I still feel like an unruly teen…) cry to be shameful, but alas – such is the power of le cinema. This film has now usurped The Leopard as my favourite Visconti, and it’s gone and displaced The Seventh Seal as my #1 of 1957 – something that I never thought would happen!

I think what makes Le Notti bianche so devastating is the fact that it’s imbued with so much emotional truth, as I see it. Mario’s displaced dreamer is a type that I think we can all identify with at times? But more than that, his search for love, the lengths that he’ll go to in order to achieve it, the way in which he defines himself by that goal, and Visconti’s decision to emphasise its fleeting nature and the negative effects of it… it all contributes to the film’s complex conception of what love is and how we deal with it.

All of the above is obviously recurrent throughout the film but it reaches a poignant zenith in a nearly-wordless dance sequence that fully displays Visconti’s ability to encapsulate entire worlds of feeling in brief moments of time. The awkwardness with which Mario and Natalia perform is as charming as it is emblematic of their tentative relationship. Moreover, the sequence speaks volumes about their relative states of mind. Mario (engaged with the contemporary) is the one to lead them into the bar in order to help Natalia (unable to forget the past) re-engage with life – but as soon as she remembers her familiar ritual of waiting on the bridge, she runs out again and leads them both back to that metaphorical crossing between memory and modernity.

The fact that the film is grounded in such genuine sentiments allows Visconti to embark on a miniature flight of fancy regarding the film’s visual construction. As I understand it, Le Notti bianche was filmed pretty much entirely on sets at Cinecittà – and it shows. As ravishingly beautiful as it is, the film (in its exteriors, at least) clearly creates an artificial reality for it’s characters. In doing this, Visconti forces us to ponder over the line between the dreamworld of his setting and the reality of the characters’ experiences, and these doubts are then parlayed back into the film thanks to Mario’s heedless remarks about Natalia’s own false dreams. Heedless, yet perhaps justified, for Natalia seems like a distant cousin of Lisa from Letter from an Unknown Woman – a similarly hopeless romantic who veers dangerously into obsession. Of course, this fact shouldn’t (and doesn’t) prevent us from reprieving Mario, whose ‘love’ for Natalia could well be better perceived as infatuation. Is his heartbroken face at film’s end illustrative of a man shattered by the experience of love and his own sincerity, or is it a picture of a naive man-child crying because he couldn’t get what he wanted? I know what I personally believe, but I think it’s a testament to the film’s brilliant treatment of its subject that both options are feasible.

Point is: this is the most gorgeous-yet-heartbreaking film I’ve seen for a while. So y’know, watch it, or something… 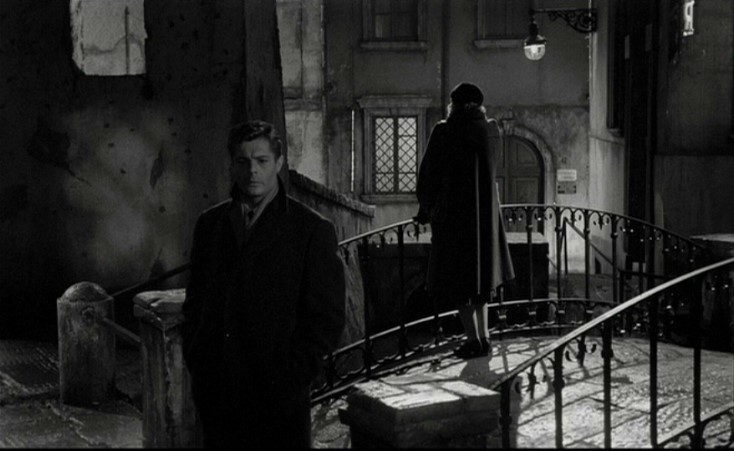