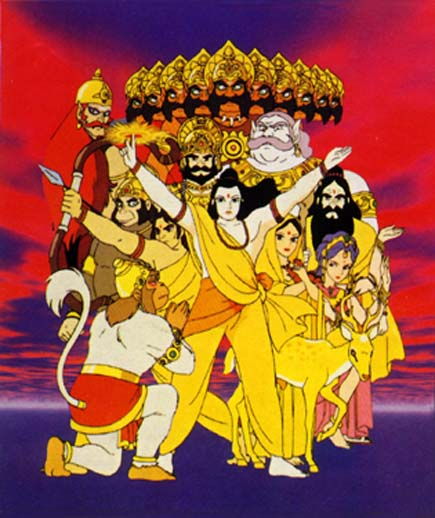 Have found some interesting sites about the great Indian Epic 'Ramayan' which I am putting here.

For detailed analysis, you can refer to this page, this is really very-very elaborate.

Ramayan was also made into cartoon movie by a Japanese Director Yugo-Sako. I had seen the movie on cartoon network sometimes and was a proud owner of the video CD as well. This is an old cartoon (by some 10 years) but a brilliantly made one. I am wondering where I can buy it again.

40 comments by 1 or more people