The passing of time and all of its sickening crimes

So with the exceptionof my, perhaps somewhat hasty, comment last Saturday I haven't added anything to my blog in a while which is a shame because a lot has happened in the last few weeks. I am not sure whether I am going to approach this in ne long entry of several more digestible ones. The latter will brobably be more likely. But I'll just write till I'm bored.

So as a quick recap – I had the mumps and although not infectious anymore I was still somewhat weary when I embarked upon my rather exciting weekend. Here's what happened:

Thursday – Shall and I ventured into Birmingham to see the Dead 60's supported by the Kooks. It's always a bonus I find when going to a gig when the support band are actually good and the Kooks are definately a band to watch. Even with technical trouble they still made a good impression and I want the lead singer's trousers. The Dead 60's were really good as well, making great use of a siren and a cowbell; the lead singer really working the space. Altough the quick-fire set was incredible it was the encour of You're Not the Law that really impressed. After they finished we went next door to the Bar Academy for a drink or two including a cameo from the Kooks guitarist who Shall had interviewed earlier. Overall a good evening even though I didn't have a clue where I was when I was driving home until I arrived back in Coventry absolutely nackered.

Friday- The day I'd been waiting for for some time. Left Coventry at 10.30ish to drive back home to see R.E.M. at Old Trafford Cricket Ground. Although they had been good in Birmingham in February I had hopes that the hot weather and the outdoor venue would really enhance the performance. And it did. Supporting them were Idlewild, The Zutons and Feeder, a mini-festival for £35. Idlewild were better than I though they would be but sounded just like the records, The Zutons were great, clearly having a fun time, and Feeder were… well Feeder. They got the crowd going but their slow songs killed the mood and their best known songs are clearly the ones that the band least like playing although they did throw in the riff from Everybody Hurts during Just A Day.

I know that there are a lot of R.E.M. sceptics around but there is absolutely no way in which they can be compared to the support acts. Although the three warm ups, the Zutons in particular, had been good they might as well not have played because the moment the band arrived on stage and the opening notes of I Took Your Name rang out the previous 3 hours of entertainment were quickly forgotten. With 25 years of touring experience behind them this is a band that are as alive and energetic as they ever have been. It's testiment to their live performances that having already seen them twice before they played 7 songs that I hadn't seen them play before and only one of those was from the last album. I was stood about 4 rows from the front so had a great spot. Here's the setlist and some photos: 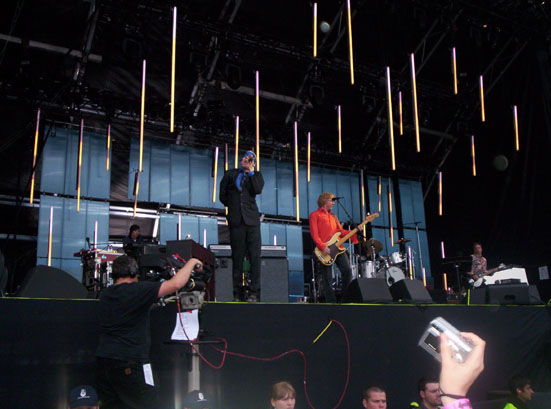 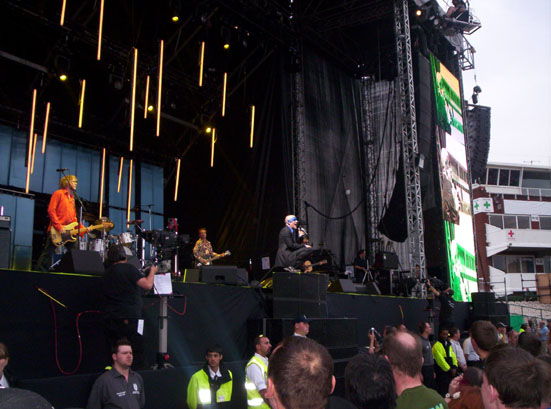 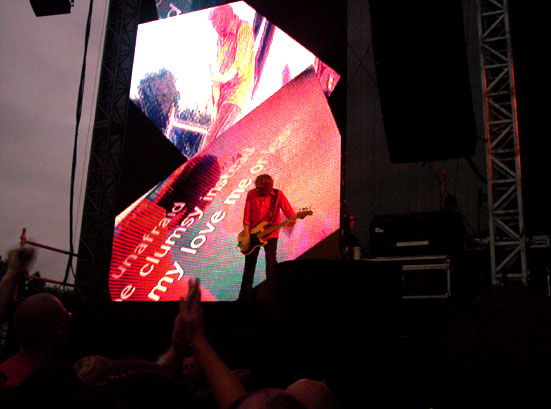 Saturday – Left home at 11 to return to Coventry for Jimmy's BBQ. It was so hot and there was much food and drink: 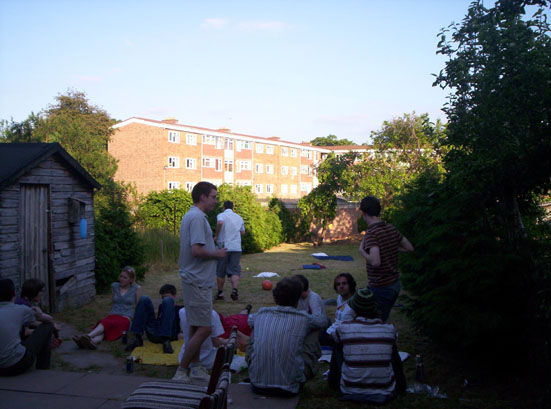 There was also a football match. Rehydrating yourself with Carling is not a good idea especially if you intend to go out in the evening. I failed and ended up back at home by 12.30 but it was a great day.

Sunday – More BBQ madness this time at Dan's and involving Togas. Another fun afternoon which ended at the RAG quiz in a sweltering and cramped Cholo.

Children of the Revolution