That was the week that was

My blog has seen something of a drought of late so I thought I'd briefly, or lengthily depending on how long it is, fill you in on the events of this week.

Last Sunday I got bored of the huge pile of dirty dishes and decided to do something about it, leading to a washing up session to rival all other washing up sessions. During this time I washed and Han and Adrienne dried. I borrowed Adrienne's stereo and the following albums were played in their entirety as I washed:

1. The Smiths – Strangeways Here We Come
2. Bruce Springsteen – Born to Run
3. Belle and Sebastian – Tigermilk
4. Catherine Wheel – Wishville
5. The Beatles – Revolver
6. Part of an R.E.M. compilation I had made earlier in the day.

Since then I have only had two meals in the house that have required plates (thank you Domino's) and I've washed up after each one so I am currently safe in the knowledge that none of the washing up in the kitchen at the moment is mine. Woo hoo!

Monday evening we went to the Oriental Star Chinese in Leamington for Jo's birthday and then on to Blackout via the Jug and Jester. I was driving but had a good night and still spent most of it on the dance floor, a very rare occurrence.

On Wednesday Han, Claire, Claire's friend Sarah and myself went to see my favourite band in the world R.E.M. at the NEC arena in Birmingham. The crowd was very placid and I felt for most of the set as if I was the only person jumping around like a loon. The stage set-up was incredible as was the performance, especially from Mike who was still suffering from an ear infection and flu that had forced the band to postpone the previous two night's concerts. The set list was quite varied, the New Adventures in Hi-Fi tracks were particularly welcome as was the version of World Leader Pretend making one of it's only appearances so far on this tour, however the highlights for me were undoubtedly a blistering version of Orange Crush, an incredible rendition of I've Been High and the penultimate song in the set I'm Gonna DJ, a new song which I'd only heard because I'm such a geeky fan boy and downloaded a live version after its first performance around October / November last year. This is the second time I've seen the band live and I have to say that although the set was more varied and the band were on top form the crowd at Manchester on the Up tour in 99 were infinately more animated and as a result Michael Stipe was slightly more interactive. That's not to say that there wasn't priceless banter because that would be lying; the moment he spat ginger all over a cameraman by accident is possibly the funniest moment at any gig I've ever been to. I have a ticket for their gig on the 17th June in Manchester this summer and it's a Friday in week 8 so I'm hoping it doesn't clash with exams but I can't wait. Definitely one of the best gigs I've ever been to despite the crowd. Here's the setlist for those interested:

Encore:
What's The Frequency Kenneth
Bad Day
I've Been High
The Great Beyond
I'm Gonna DJ
Man on The Moon 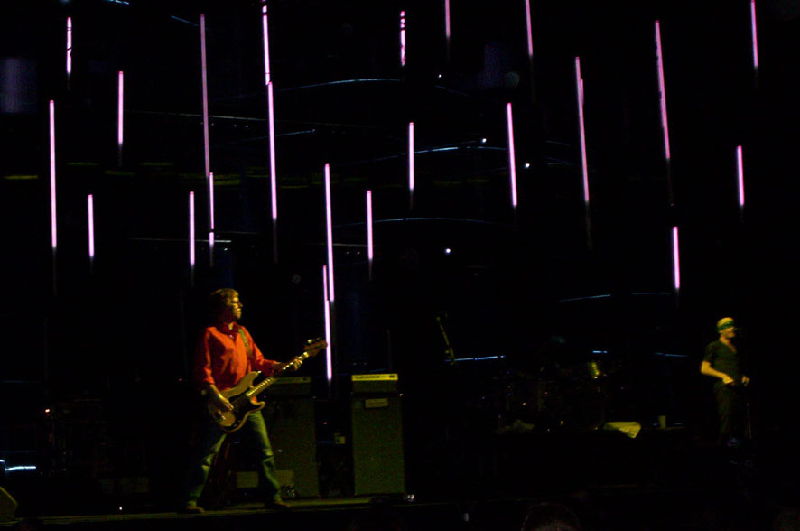 Michael and the loudhailer during Orange Crush: 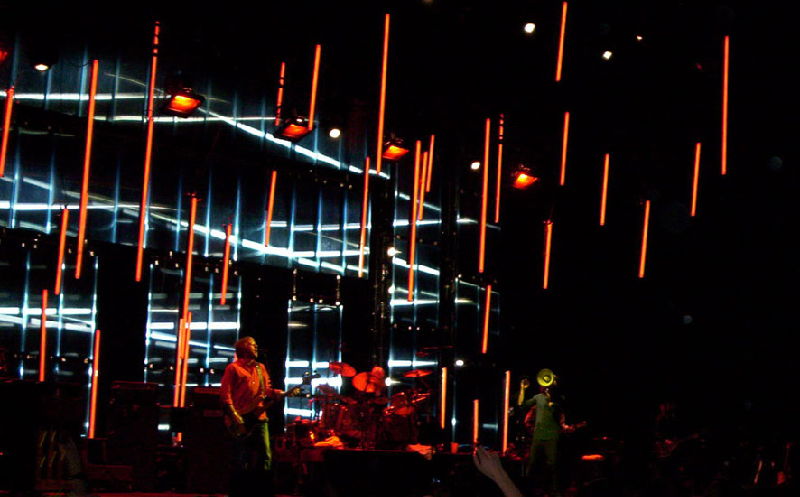 Mike and Michael during Imitation of Life (I think): 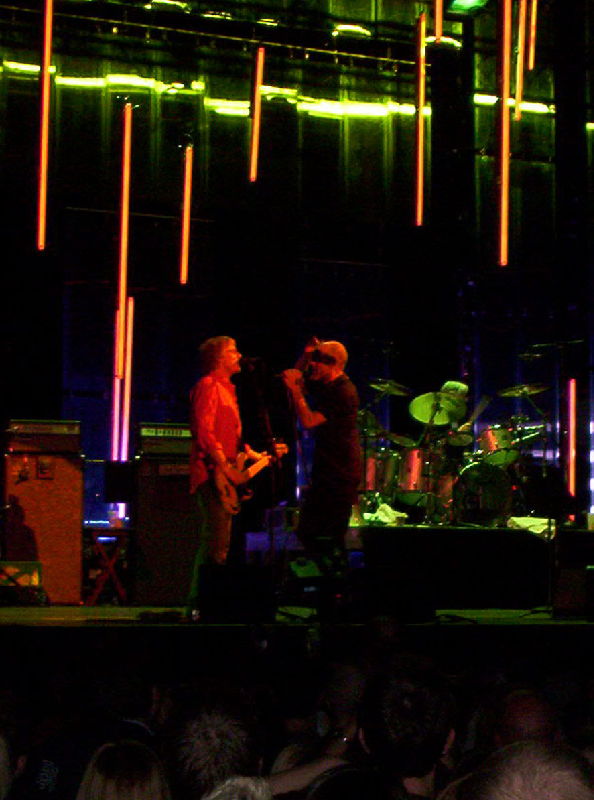 On Friday night I was in bed by 10pm which made a nice change. Saturday involved spending most of the day in bed and then an evening of bowling thanks to Shall. I was a bit tired but it was still a lot of fun.

Which pretty much brings me up to date. I'm currently getting hungry watching the first series of Boy Meets World. Hope to see y'all at Blackout tonight.