Lawrence in training to go RTW by motorcycle

A couple of photos of Lawrence at the Museum of British Road Transport in Coventry, with some quite famous overlander bikes.

Ted Simon probably wouldn’t mind (he let me sit on his R100GS), but the security guard certainly did. However Lawrence absolutely insisted upon climbing up onto the Triumph Tiger made famous in Jupiter’s Travels: 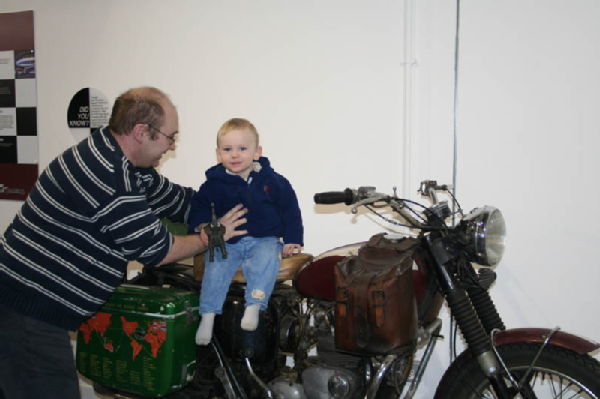 And here’s a photo of me on Ted’s GS: 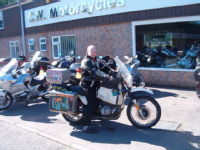 The Long Way Round expedition by Charley Boorman and Ewan McGregor was a genuinely tough RTW, leaving many scars on this R1150GS Adventure, including some rather neat welding to the rear subframe carried out in Mongolia. Lawrence of course prefers the old Airhead R100GS, but was happy to pose next to Charlie’s bike: 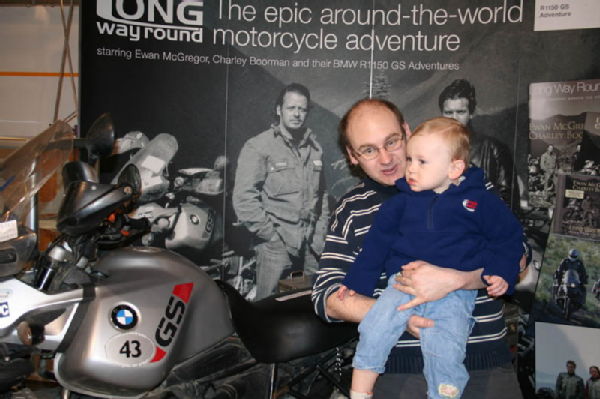