2 years ago, at Easter 2007, the pull of the south had been irresistible. We landed with two bikes at Santander, Morocco in our sights, sped down the Ruta de la Plata, but found our journey dissipated by the wonder that is rural Spain: icy mountains, golden eagles, vultures and strong sweet coffee.

Asturias, our first and last stop on that trip, had been a surprise. We camped at Arenas de Cabrales in the north of the Picos de Europa, alongside a wild river and snow covered mountains. I had never seen anything quite like it in Europe. And then we twisted over the top of the Peurto el Ponton.

But I had to return. This time no bike. But rather, a car, a wife and the boy. Would it work? Our first adventure in Europe.... 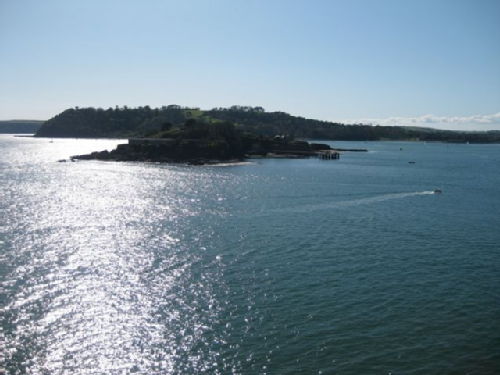 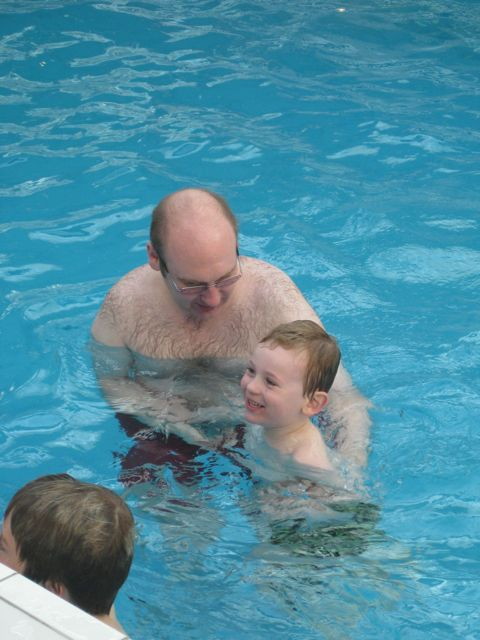 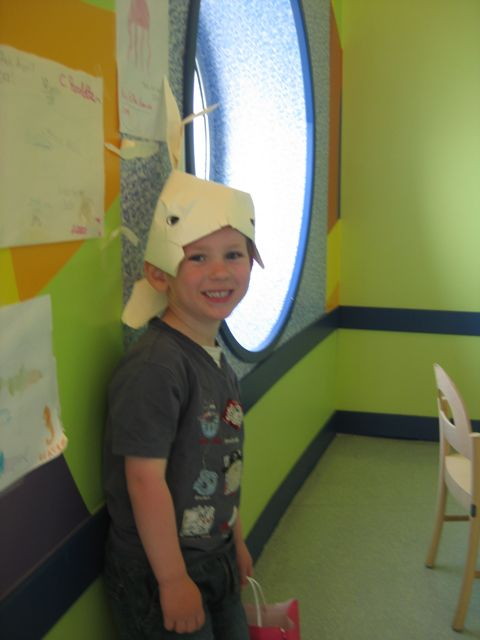 For Lawrence (3 1/2) the boat itself was great fun. The ship's resident wild-life officer ran sessions about whales and dolphins - that's a whale hat on his head. 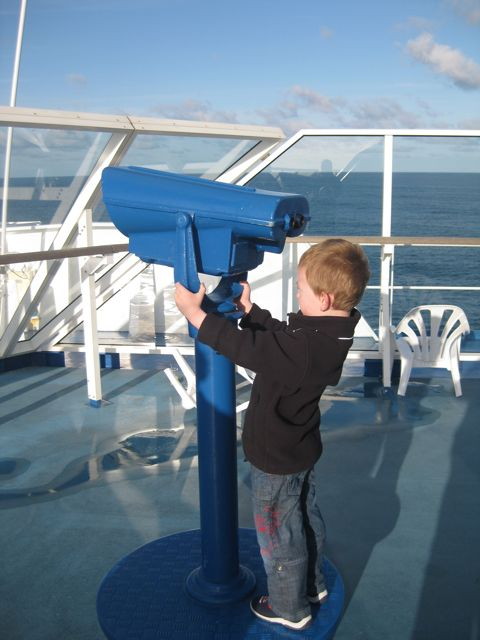 And he could safely walk about the deck of the boat in search of cetaceans. 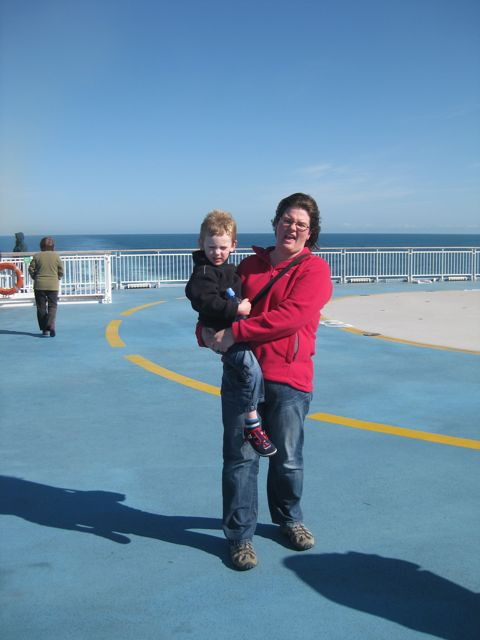 We slept over night in a small cabin. I took the upper bunk bed that Lawrence jealously coveted. And then in the morning the mountains appeared - "land ahoy" said Lawrence. 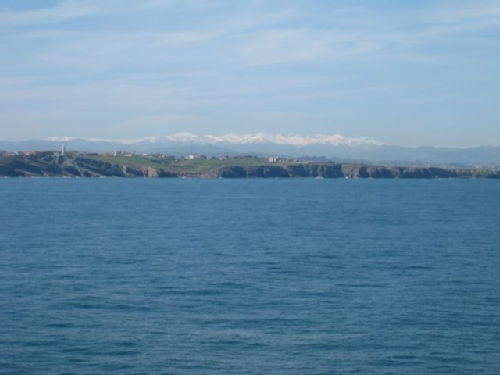 The route into Santander is spectacular in itself, famously running right next to a sandy beach on which people play. 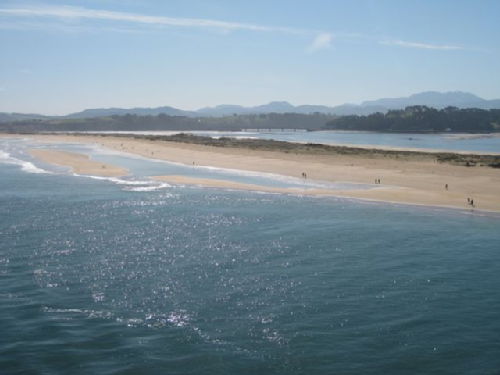 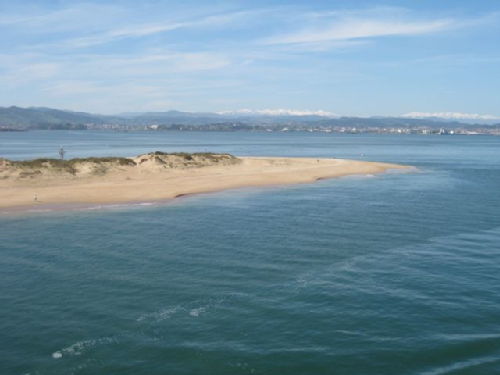 Landing by ferry into the centre of a busy city is always an odd experience. We got out right away, looking for a quieter opportunity to acclimatise to the weather and the roads. As quickly as possible we were onto the coast road, stopping first at Santillana de la Mer, a touristic but still quiet town. 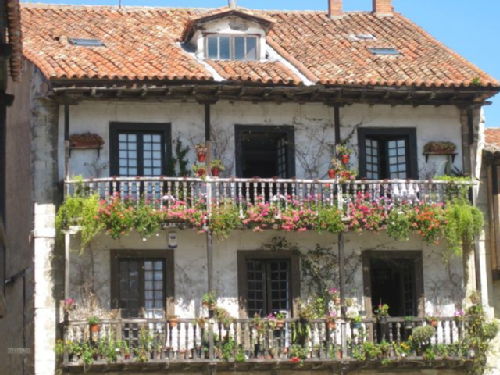 The museum was closed, as is usual in Spain on Monday. But the sculptures in front of it were of interest. The Asturians are fascinated with their paleolithic and neolithic past. Reminders of the long gone megafauna are everywhere - mammoths, rhinos, bison... 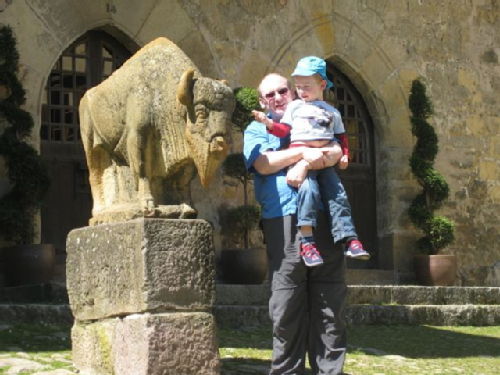 But it's the longer view that captures perfectly the modern day landscape... 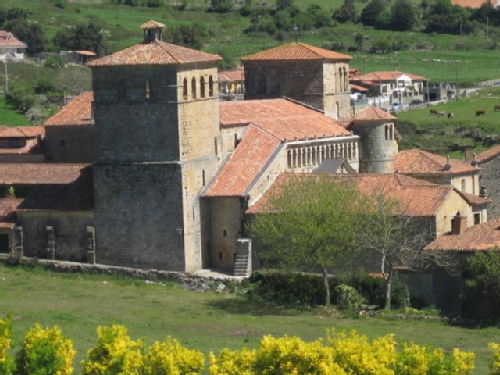 After a light meal, we returned to the road, heading for a small spot at the end of a long beach. 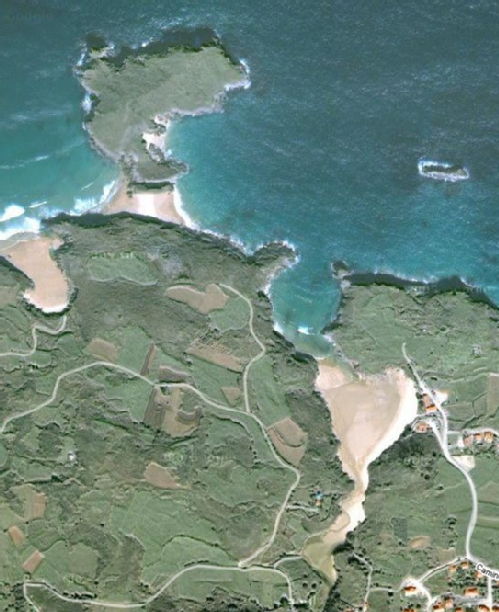 The lagoon at Poo de Llanes, from Google Maps